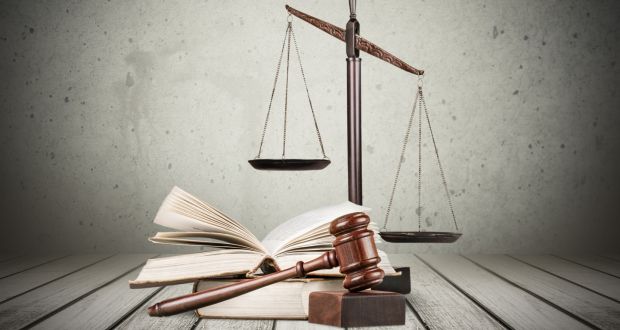 US national Jason Kirkpatrick, who is among those deceived by Mr Kennedy, has filed a case with Belfast High CourtShare to FacebookShare to TwitterShare to Email App

Northern Ireland should be included in a UK-wide inquiry into controversial undercover policing operations by British detectives, a High Court action filed in Belfast has argued.

An inquiry chaired by Lord Justice Pitchford is investigating allegations of wrongdoing by operatives associated with the London Metropolitan Police and the secretive UK National Public Order Intelligence Unit over recent decades.

One person, later revealed as prolific spy Mark Kennedy, is known to have infiltrated environmental groups across the island of Ireland, including some which took part in the Shell to Sea protests, even going so far as to become romantically involved with female members to gain their trust.

US national Jason Kirkpatrick is among those who were deceived by Mr Kennedy’s surreptitious activities in the mid-2000s. He has filed a case with Belfast High Court seeking to overturn the UK government’s decision to limit the inquiry to England and Wales.

He is represented by KRW Law, which earlier this year called on the Irish Government to institute its own inquiry into Mr Kennedy’s movements within the State.

Stormont Executive Minister for Justice Claire Sugden previously told UK prime minister Theresa May, who was responsible for establishing the Pitchford Inquiry in her former role as home secretary, that extending its remit to Northern Ireland is “imperative”.

However, attempts to force an extension to the terms of reference through political channels now appear to have failed, prompting Tuesday’s legal challenge. Efforts to include Scotland in the inquiry have also proved unsuccessful.

“With the submission of this legal action, I’m hoping to move one step further towards finding out why I was targeted in Belfast by one of the most elite undercover officers of the British state,” said Mr Kirkpatrick, in a statement released through his legal representatives.

“It makes no sense that my being targeted in England by secret police is to be fully examined in the inquiry, but information about my being targeted by the same known officer in Belfast is to be kept completely secret,” he added, saying he remains “extremely angry” about the situation.Learn more

Darragh Mackin of KRW Law said it is “alarming” that undercover officers operated in Northern Ireland “without any form of accountability” and called on the inquiry to be extended in the interests of “full transparency”.

The London Metropolitan Police last year issued a public apology to seven women who were deceived into sexual relationships with various undercover agents, including Mr Kennedy.