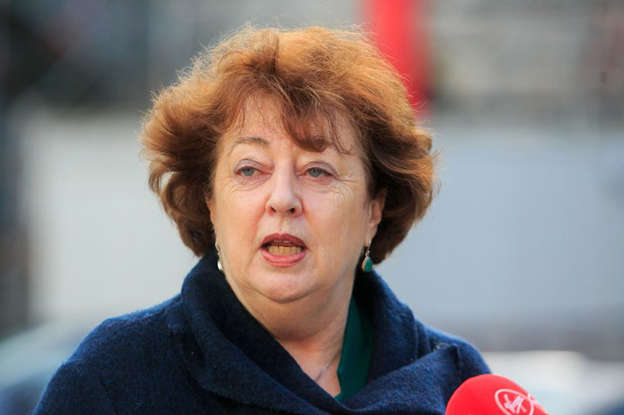 Social Democrats co-leader Catherine Murphy has admitted she’s “ready for a snap election” should the wheels come off the coalition wagon.

The former Labour politician predicts the unholy trinity of Fianna Fail, Fine Gael and the Greens won’t last much longer as the coronavirus pandemic exposes cracks within the system.

And the 67-year-old, who founded the SDs as she was disillusioned with Labour, said the shift towards the left will continue as fed-up voters demand a fairer society.

Ms Murphy told the Irish Sunday Mirror: “You always have to be ready for a snap general election.

“I don’t necessarily anticipate one but that is not to say it couldn’t happen.

“I think Fine Gael are being less than generous to Fianna Fail. I think there’s a bit of undermining going on.

“If it [the election] happens we’ll be ready. We’re already making preparations for the years ahead. The big issue is we have job growth.

“I’ve heard from people you would only meet on the doorstep at election time, people who would never pick up the phone to you.

“People ringing you who are distressed, they had a good life, a good job, paying their bills – they are impacted by Covid.

“I think we’ve got to be very careful about making sure we do as much as possible to repair things, to get as many people back to work as possible.

“Covid showed the cracks in the system – I think there’s a fundamental shift, that people realised in the past year that was kind of stolen from us.”

The Kildare TD, originally from Palmerstown in Dublin, recalled an early political spat with Labour’s Emmet Stagg and said her time in the party “wasn’t a happy experience”.

But she told how it toughened her up for the road ahead and Ms Murphy added the Social Democrats are gaining votes as “part of a changing mood, changing dynamic”.

She said: “We don’t normally pay attention to opinion polls, where we measure support is the number of new members.

“We had a fantastic intake of new members in 2020. I see young people talking about housing, employment, climate – they want to have an input.”

Reiterating her prediction on the coalition, she hinted Tanaiste Leo Varadkar repeatedly stealing the limelight from Taoiseach Micheal Martin will end badly.

Ms Murphy added: “I don’t see the three lasting. I see Fine Gael trying to make sure they are distinctive and centre stage.

“Normally when you get a change of Taoiseach it’s straight after the general election, but not this time.

“You still have the former Taoiseach in government as Tanaiste.”

Ms Murphy, who is vice chair of the Public Accounts Committee, said housing is a key issue and the Government needs to ditch the “laissez-faire attitude”.

She added: “This Government is centrist and centre-right in my opinion.

“I don’t see how to deliver more housing without the direct approach, building them ourselves.

“We’re seeing a lot of turn-key developments, long leasing. That is the most expensive way of delivering housing, opening up problems into the future.”