about 16 hours ago Updated: about 14 hours ago 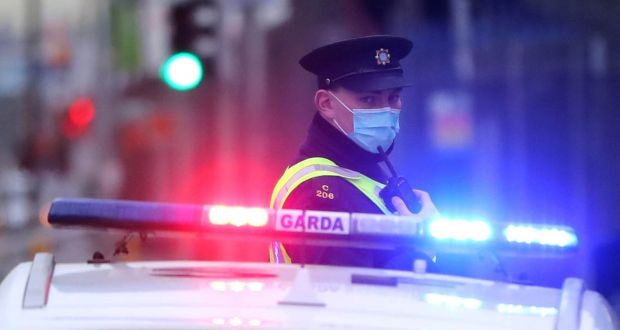 Gardaí have begun a murder investigation after a Dublin man was shot dead in a housing estate in Ballymun on the north side of the city.

The victim, who was in his 40s, was fatally wounded in a gun attack which bore all the hallmarks of a gangland incident.

Gardaí were called to the scene on Belclare Drive, Ballymun, at about 9pm amid reports a man had been shot and critically wounded.

While emergency services rushed to the area and the man was attended to at the scene by paramedics, efforts to save the victim were not successful and he was pronounced dead at the scene.

The dead man’s body is expected to remain at the scene overnight pending the arrival of a pathologist to carry out a preliminary examination.

The remains were then set to be removed for a full postmortem on Friday.

The Garda Technical Bureau was also being deployed to carry out an examination of the scene, which was on the Belclare housing estate and close to where the dead man lived for a long period.

The victim was an associate of some of the criminals involved in the Kinahan-Hutch feud. He was close to a gangland criminal described in court as being a Kinahan gunman and who has since been jailed for gun crimes.

However, while the victim was closely associated to dangerous criminals on the Kinahan side of the feud, it was not immediately clear if his killing was feud-related.

Public representatives in Ballymun have expressed sadness that the area has once again been tarnished with killing and organised criminals.

She called for more Garda enforcement and additional Garda manpower on patrols to combat crime.

She said Garda numbers in Ballymun had been cut in recent years and never fully restored.Learn more

“Unfortunately people are engaging in serious types of crimes and ordinary people should not have to put up with the fall out from that,” she said.

Fellow area councillor Keith Connolly said the deceased was well known in the area and would have had a history of interaction with the gardaí.

Mr Connolly said the killing was “very sad” . He said it had been seven years since a person was killed in the area and residents of Ballymun had been working tirelessly to build a positive image through voluntary groups like the Tidy Towns, sports clubs and other community based initiatives.

He said it was “very unfair that a small minority of people engaged in organised crime” and killed someone in the middle of a pandemic.

Though 18 people have been killed to date in the Kinahan-Hutch feud, the last killing was more than two years ago. If the latest attack is linked to the dispute, which began in 2015, it would raise fears the violence was set to erupt again.

The feud escalated very sharply five years ago with an attack on the Regency Hotel, north Dublin, targeting Daniel Kinahan and during which his associate David Byrne (34), Crumlin, Dublin, was shot dead.

Just days later, Eddie Hutch (59) was shot dead outside his home in Dublin 1 in a revenge attack.

The five-year anniversary of Mr Hutch’s murder fell last Monday. A taxi driver, he was a brother of Gerry Hutch, the veteran criminal named in Garda evidence before the High Court as a main protagonist on one side of the feud, pitted against Daniel Kinahan, Liam Byrne and Freddie Thompson on the other side.

Gardaí have set up an incident room at Ballymun Garda Station and are appealing for anyone with information in relation to the shooting on Thursday night to come forward.

They are particularly interested in speaking with anyone who was in the Belclare Terrace and Belcare Park areas between 8pm and 9:15pm on Thursday evening.

Anyone with camera footage of the incident, including dash-cam and mobile phone footage, is asked to make it available to Gardaí.