Drumm was a quiet prisoner who ‘kept his head down’

about 6 hours ago r 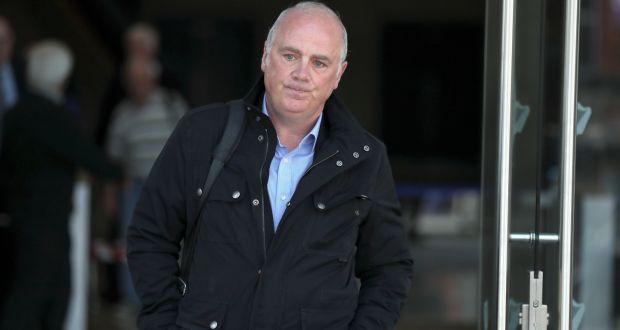 Former Anglo Irish Bank executive David Drumm outside Dublin’s Central Criminal Court in 2008. For the past two years Drumm worked on the prison campus farm and ‘posed no problems at all’. Photograph: Brian Lawless/ PA WireS

David Drumm, formerly Ireland’s best paid banker, was a quiet prisoner who “kept his head down” while serving his sentence and proved adept at forming close relationships with other prisoners, including those in jail for serious crimes.

While he would normally be obliged to perform community work – such as cleaning graffiti from public places – under the conditions of his early release from prison, he will be spared that work, at least for now, as it is not operating due to Covid-19 restrictions.

Sources familiar with Drumm during his time in Loughan House open prison in Blacklion, Co Cavan, for the past two years said he worked on the prison campus farm and “posed no problems at all”.

He formed friendships with a former jockey serving life for murder, a former publican who became involved in the drugs trade after getting into difficulties with the Revenue Commissioners and a man serving a sentence for an armed “tiger robbery”.

Drumm (54), the former chief executive of Anglo Irish Bank, was jailed for six years in June 2018, for conviction for conspiracy to defraud and false accounting. The charges arose from his role in a series of transactions which inflated Anglo’s deposit book, making it look like the bank had €7.2 billion more in cash than was the case.

He served the first seven months in Mountjoy Prison, Dublin, before being transferred in January 2019 to Loughan House open prison in Co Cavan to complete his sentence.

For the past two years he has worked on the prison’s farm and lived in an area of the jail known as Pine Lodge. There he had his own bedroom, rather than a cell, and shared a bathroom with other prisoners.

In Loughan House he became close to former jockey Christy McGrath, a 44-year-old who has been in prison for two decades having been convicted of a murder committed in England in July 2000. McGrath, from Carrick-on-Suir in Co Tipperary, worked as a jockey for trainer Norman Mason in Durham when he killed a man in a pub garden. He served the first part of his sentence in England before securing a transfer back to a jail in the Republic in 2006.

Drumm was also very friendly in Loughan House with Emmet Fogarty (49), Blanchardstown, Dublin, who was jailed for five years in November 2018 for possessing cocaine and cannabis valued at almost €1.4 million. Fogarty became involved in the drugs trade when his pub business experienced financial problems and he developed a drink and gambling problem.

Drumm also developed a friendship with Jason Kavanagh of Corduff Avenue, Blanchardstown, Dublin, who is serving a 15-year sentence for an armed tiger kidnapping. The 46-year-old was part of the gang who kidnapped the family of the Securicor worker during the robbery in March 2005, and stole €2.28 million.

Drumm was not due for release until July next year but secured early release under a “community return” scheme for low-risk prisoners who have served at least half of their sentence.