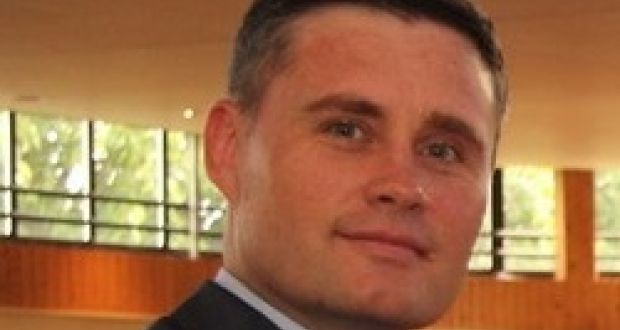 Mourners at the funeral of a convicted criminal linked to the Kinahan organised crime gang attempted to block gardaí from entering the church as they tried to enforce Covid-19 funeral rules.

Friends and supporters of Philip Griffiths, aged 40, were invited on social media to attend the funeral last Saturday at St Agnes’ Church in Crumlin in Dublin, and to come without wearing face masks.

Alerted by the social media messaging, gardaí turned up at the church to ensure that Covid-19 rules, which prevent more than 10 people being present in a church, were obeyed.

However, members of the congregation shut the front door of the church once the funeral Mass was about to start in a bid to keep gardaí outside, witnesses have told The Irish Times.

Gardaí made their way into the church through the sacristy and on to the altar where they asked the celebrant, Fr Tom Clowe, to tell the congregation that unless everybody except the immediate family left the church, the funeral Mass could not go ahead.

The crowd refused to move off. The gardaí then asked people to leave. Some members of the congregation approached the microphone and began paying tributes to Mr Griffiths.

The gardaí escorted Fr Clowe and the sacristan into the sacristy amid booing, cheering and clapping from some people within the congregation.

The coffin was then taken out of the church and brought to Palmerstown cemetery for burial without a priest being present.

“The gardaí did intervene immediately in a very calm, measured way because there was potential for more damage and hurt, but that did not happen. It was horrendous. It had the potential to have erupted differently.”

The Mass was not broadcast live at the family’s request, but was recorded and gardaí are now examining footage of the incident.

Parish priest Fr Tony O’Shaughnessy said it was the first time such an incident occurred at a funeral in the church since the pandemic began last March and people had been generally observant of the Covid-19 guidelines.

Mr Griffiths was found dead in an apartment in Orwell Road, Rathgar on February 8th. Gardaí say there are no suspicious circumstances surrounding his death.

He was also named in 2019 by the Criminal Assets Bureau as a member of the Liam Byrne-organised crime group which is part of the international Kinahan cartel.

In a statement gardaí said they engaged with those present at the funeral.

They also attended a property in Sundrive Park that night following reports of a party related to the funeral at the property.

Gardaí engaged with those present at the party and reminded them that the gathering was in breach of Covid-19 guidelines. The crowd eventually dispersed.