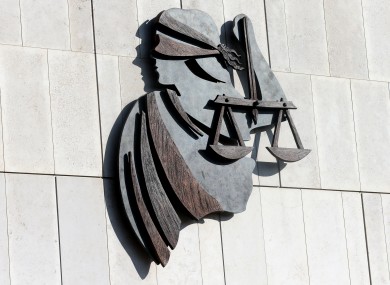 A MARRIED COUPLE who created sixty false identities, donned disguises and paid homeless people for their PPS numbers in order to defraud banks and credit unions of several hundred thousand euro have been jailed for four and two years.

The couple, who had an address in Blarney Street in Cork, pleaded guilty to conspiracy to commit fraud arising out of a garda investigation into the theft of funds from a number of banks and financial institutions over an 18-month period.

He said the criminal activity of the pair began in January 2017 when they started applying for personal bank loans using fake identities.

The couple, who got to know each other when Clarke went to work for Flynn at his legal practice eight years ago, took out a number of loans in financial institutions using fake identities.

The banks and credit unions were at a loss of €394,804 following the criminal activity of the duo. Just over €100,000 has now been recovered.

She said that without a guilty plea the hearing of a trial would have involved a “Herculean task” given the huge amount of documentation involved.

Detective Garda McCarthy said the couple applied for loans using fake driving licences obtained online, fake bank statements and fake payslips. They even paid members of the homeless community for the their PPS numbers in order to use them in their criminal activity.

In September 2017, the Financial Crime Unit in Bank of Ireland became suspicious of activities in six accounts and contacted gardai.

An investigation was subsequently launched and in July of 2018 a search was carried out at an apartment the pair lived in at Sunday’s Well in Cork.

The couple were not present for the search. Gardaí recovered laptops, wigs used for disguises when they went to banks and ATM’s, and a locked safe. Close to €100,000 was recovered from the safe which was opened after Clarke and Flynn voluntarily handed over a key.

They also had fake accounts with An Post, Permanent TSB and KBC but no loans were approved on those accounts.

Detective Garda McCarthy said the loan applications were a “quick enough process” for the pair who had an extensive operation in place.

He said the defendants co operated fully with gardaí upon their arrest. They made admissions of guilt in garda interviews in August of 2018. They conceded they were motivated purely by financial gain.

Detective Garda McCarthy said Flynn opened his first law practice in 2006 in Cork before opening a second in Dublin in 2012. Clarke began working for Flynn in 2012.

The court heard that if the case had proceeded to trial it would have involved an extensive document trail.

Alice Fawsitt, SC, representing Clarke said her client and Flynn had voluntarily handed over the keys for the safe. She stressed whilst they had robbed from banks they saved the state an enormous amount of money by entering a guilty plea and avoiding a trial.

She told Judge Sean O’Donnabhain that her client had a history of depression.

She said that at no time had Clarke attempted to blame her husband but instead insisted she was an equal participant in the scheme.

Fawsitt said Clarke lost her father in her twenties and her mother has also died. Clarke is an only child without family support other than an aunt.

She said her client had no idea how she had gotten herself in to this situation.

Seamus Roche, SC, representing Flynn said his client had lost his business and was depressed having gone bankrupt. The court heard that pair had shown an aberration of judgement in getting involved in the criminal activity.

He said his client, who entered custody at the last court hearing, was engaging well in prison. He is cooking in the kitchen and studying.

The pair were struck off as solicitors in 2018 for matters completely separate to this garda investigation.

They had been suspended in 2016 but were not struck off until two years later. They were struck off for not performing their duties properly in a practice which was deemed to be “chaotic”. The pair had ceased practice in November 2016.

When the married couple first appeared before Cork District Court in connection with the charges they were granted free aid. The court heard Flynn was working as a chef while Clarke was on a back to work scheme.

Today at Cork Circuit Criminal Court, Judge O’Donnabhain said that the guilty pleas and level of cooperation had avoided the need for a lengthy trial.

In the region of €100,000 recovered by gardaí will be distributed to the various financial institutions impacted by the fraud.

Judge O’Donnabhain said that given the enormous work carried out by an official at Bank of Ireland to unearth the fraud their compensation should be higher than a pro rata calculation.

He commended Bank of Ireland Financial Crimes Unit for uncovering the fraud and stressed that all of the other institutions were oblivious to the deception that was going on. He said the unnamed individual at the bank had helped gardaí substantially in their investigation.

Judge O’Donnabhain stressed that that the married couple engaged in a “significant crime” which involved a substantial amount of organisation.

He emphasised the pair had got themselves involved in “elaborate, criminally purposeful scheme” to extract money from financial institutions.

“It was thought out. It was complex. They are completely culpable. They are both highly educated well established persons.”

Judge O’Donnabhain added that they were both guilty of “criminal deviousness.”

Giving the level of co operation and the guilty plea Judge O’Donnabhain jailed Flynn for four years. Taking the personal circumstances of Clarke in to account he jailed her for two years.

The pair practiced at Keith Flynn & Company. Clarke is a former Fine Gael candidate who put her name forward for the party in the Cork North West Ward in the 2014 Cork City Council local elections. She received just over 300 votes.