It is understood that a separate GSOC investigation is also being carried out. 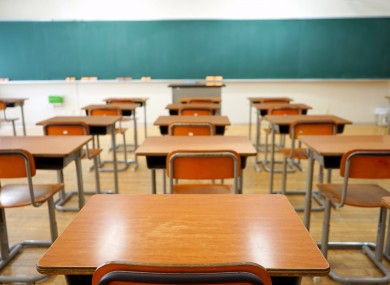 AN GARDA SÍOCHÁNA is looking into whether or not staff at a fee-paying secondary school in Leinster withheld information from gardaí in relation to an alleged sexual assault of a female student by a male student.

The alleged assault took place at the school in November 2017 and was reported to gardaí in February 2018. Gardaí took statements from students at the school as part of the investigation.

It later emerged that notes from interviews of the same students taken by staff at the school around the time the assault was reported were not passed on to gardaí. It is understood that these notes were given to gardaí in November 2018.

Some of these notes allegedly contradicted statements originally given to gardaí, and placed the accused and a possible witness at the scene at the time of the alleged assault.

It is understood that gardaí returned to the school after the contradictions in statements emerged, and re-took a number of statements.

In 2020, the Director of Public Prosecutions (DPP) decided not to prosecute in the alleged sexual assault case.

Concerns have been raised about the handling of the case by both staff members at the school and local gardaí.

An Garda Síochána (AGS) is currently looking into whether or not staff at the school withheld relevant information in relation to the alleged assault, a potential offence under the Criminal Justice (Withholding of Information on Offences against Children and Vulnerable Persons) Act 2012.

TheJournal.ie understands that a related GSOC investigation and a peer review by the Garda National Protective Services Bureau (GNPSB) into how gardaí handled the case are also being undertaken.

The GNPSB provides advice, guidance and assistance to gardaí investigating issues such as sexual crime and child protection.

A spokesperson for gardaí told TheJournal.ie: “An Garda Síochána does not comment on ongoing criminal investigations or internal reviews.”

The school in question had not responded to requests for comment at the time of publication.

Tusla, the Child and Family Agency, was also made aware of the alleged assault in 2018. The alleged victim, now an adult, moved to a different school after the incident.

Comments are closed for legal reasons