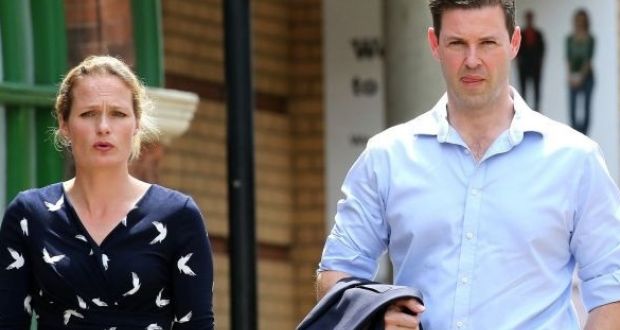 An Irish medical consultant has been jailed for eight years after being found guilty by a jury in England of a massive insurance scam and a series of fraudulent mortgages.

She went on: “This is a very sorry tale of a very talented Mr McGrath. Through your talents, you rose to be a successful orthopaedic surgeon and fell, through greed and arrogance, to where you sit today.”

Heavily in debt, McGrath decided to make a false report to police that the house he and his family were renting on a country estate had been burgled and valuable antiques stolen.

In his claim to insurers, McGrath claimed that property stolen from the cellar included expensive antiques and furniture, jewellery, silverware, artwork, Ming vases, oriental rugs and crystalware. In part of a bogus insurance claim for more than £180,000, McGrath claimed that a 19th-century Rococo red marble fireplace worth £30,000 had been taken in the burglary.

The judge said: “The mortgage frauds were well planned and sophisticated.”

“Your dishonesty knows no limits because, even after you gained financial assistance, you still needed more money and that led you to make a fraudulent claim for a burglary.

“Because of your arrogance, you didn’t think an insurance company or the police would question a man of your standing.”

McGrath was not in the dock to hear his sentencing. Halfway through the sentencing, he shouted at the judge “you suppressed the information. You have abused your power as a judge.”

McGrath said the jury had not heard the truth and went on: “You talk to me as if I am a child. Shame on you.” He then told the judge: “You are an abusive, racist and terrible person. Shame on you for suppressing the truth.”

He was led downstairs to the cells while the judge completed the sentencing.

The court heard a confiscation hearing will now be heard to seize the assets of McGrath.

The £1.1 million home he bought through his fraudulent mortgage applications has been found to have structural faults, which means that it cannot now be sold. No repayments had been made on the mortgage, the court was told.

Before sentence was passed today, the court was told that McGrath would never be able to practise again and his career is now ruined.

McGrath’s GP wife, 44-year-old Anne-Louise McGrath was cleared by the jury of being involved in the fraud with her husband and also found not guilty of retaining items of jewellery her husband was claiming for and selling at auctioneers Bonhams.

She had told the court that with young children to care for and an ailing mother, she left much of the family’s financial affairs to her husband. The wife said she knew nothing about the fraudulent applications.

And she said he had assured her that the jewellery she had wanted to sell to raise funds was not part of any insurance claim he had made.

During the trial, the jury was told how in the months leading up to the fictitious burglary in April of 2015, the Irish couple with four children aged between four and 14, were desperately trying to stay financially afloat.

Between them, they could earn top salaries. She was a respected GP and he was an orthopaedic surgeon at the Royal National Orthopaedic Hospital in Stanmore earning about £84,000 a year. But the family’s outgoings were huge.

They paid £2,400 a month to rent The Garden Bothy, built in the 1800s and once used in an episode of Inspector Morse.

Then, they had mortgage repayments of £2,400 for their new seven-bedroomed detached home in leafy Clarence Road, St Albans, which they did not live in while costly refurbishment work was under way.