Mystery over row that prompted family’s call before murder-suicide 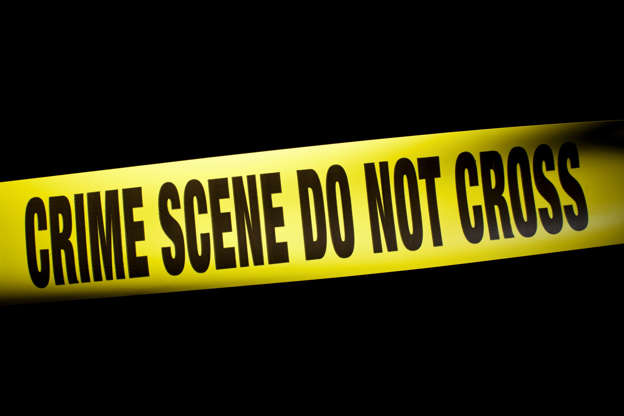 Trouble had been brewing on the Hennessys’ smallholding in Curraghgorm, Co Cork, since early evening.

The two bachelor brothers, Johnny (59) and his oldest brother Willie (66) still lived there. Patrick (Paddy), a third brother, travelled from his family home in Mitchelstown to work there most days, cutting and bagging timber to sell in the community. All three were on the farm that dry February day, one of the first proper days of spring.

There was a row. And although local speculation is rife, the details of the row have not been revealed, nor what triggered it. But it was serious enough to prompt a flurry of messages and telephone calls between the wider family.

According to sources close to the investigation, a relative of the Hennessy brothers was concerned enough to ring the garda station at Mitchelstown to ask for help.

One source says the concerns centred on Johnny, the youngest of the family. Relatives were worried about his behaviour, and that someone could get hurt.

Gardaí followed up with a telephone call to the Hennessy brothers. It is not clear which or how many brothers were spoken to, but gardaí were assured the situation had been defused and there was no need for their intervention on the farm.

“Concerns were raised by a third party, not by any of the brothers,” a source said. “Gardaí then made contact with the brothers and the view was that there was no need for anyone to call up at that stage.” 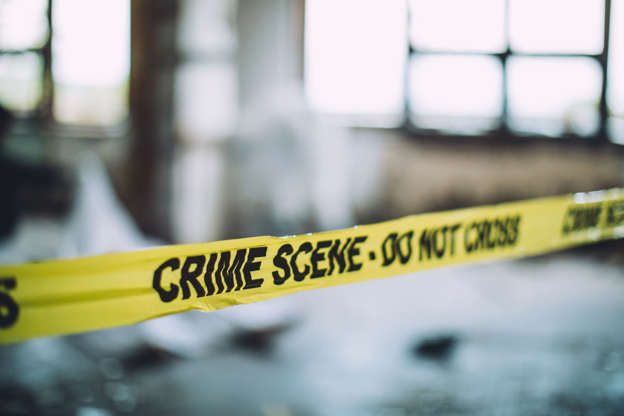 Gardaí conveyed the message back to the relative. But if there was relief, it was short-lived.

Paddy (60) who lived with his daughter, Elaine, had not returned home for dinner, as he usually would. Hours later and worried sick, Elaine drove the quiet country roads in darkness to the Hennessy homestead.

It was after 11pm when she pulled into the farmyard, where she discovered her father’s body, illuminated by the headlights of the car.

Gardaí were on the scene shortly before midnight.

The Hennessy brothers may already have been dead for several hours.

Paddy lay in the yard, his head almost severed from the injuries he sustained and his blood still fresh on the ground.

Willie was found slumped in the shed with multiple and horrific injuries to his body.

The scene, according to one garda, was one of carnage. Bloody prints and tracks spattered the ground. Later, forensic crime staff marked off the patterns left by the blood to help in their analysis of the sequence of events.

Was Paddy struck with the first blow? Had his brother been trying to escape from his attacker or been surprised by him?

The blood-covered hatchet lying on the ground left gardaí in little doubt that it was the murder weapon.

There was no doubt either about the perpetrator, although it took an extensive garda search and several hours to find him.

His body was pulled from the River Funshion 5km from Corraghorm a short time later.

Local people said that at that same river, a fourth Hennessy brother, Jer, took his own his life seven years ago.

Once again, a rural farming community in north Cork awoke to news of a murder-suicide that had almost wiped out a family that had lived among them for generations.

Five months ago, 55km away, Tadg O’Sullivan (59), and his son, Diarmuid (23), had armed themselves with shotguns and murdered the older son, Mark (25), then took their own lives.

In an act of searing cruelty, gardaí believe they spared Tadg’s wife, Ann, so she would be forced to live with the torment of the slaughter of her entire family.

That senseless annihilation was attributed to a festering and fatal row over the distribution of a 125-acre family farm in a will.

Gardaí will investigate what caused Johnny Hennessy to bludgeon and hack to death the brothers he worked alongside his entire life. According to astonished and horrified neighbours, there was little enough land or money in the family.

The Hennessy brothers lived honestly and modestly, carving out a living from a 25-acre smallholding worked by their late father and passed down to them.

Their parents, Thomas and Eily Hennessy, raised five children on it – the four boys and their sister, Breda, who is now the last surviving sibling. Their father died when they were young, according to one neighbour.

Tragedy has continued to dog the family.

Of the four brothers, Patrick was the only one who married. He had two children, Elaine and Paudie. In 2012, his son, Paudie (20) took his own life.

Two years later, in January 2014, the body of his uncle, Jer Hennessy, was recovered at the River Funshion.

One neighbour described him as a quiet man and a gentle soul who worked at the Cork Marts in Macroom.

Another neighbour said that whenever a farmer prodded his cattle too harshly or beat them too enthusiastically, Jer would “get upset”. “He loved animals,” the neighbour said.

According to a local acquaintance who met them regularly, the Hennessys were men made tough from eking out a living. They used their hands to put food on the table, and “had dirt under their fingernails”.

They were well-built and stocky “hardy bucks”, he said. In their younger days they played handball and were noted hurlers.

“Hennessy is a great Mitchelstown name and anyone who ever hurled for Ballygiblin was no shrinking violet,” said another friend of the family.

“They were the kind of men that would pull the van over on the road to let you pass if you were behind them. The ‘Thatcher’ Hennessys were good people going way back in the area. In rural Ireland where you have long-tailed families, there are neighbours and friends going back generations, who are deeply traumatised and sorrowful over this. Grief has to be managed in a non-traditional way now and we have to try and understand that there is a need and a place for privacy. We have to afford time and space to family and neighbours to deal with this. All people impacted by this tragedy should be remembered.”

In later years, the brothers kept to themselves. The local landscape has changed, said a local farmer. “There are a lot of new houses built around where they live, and they wouldn’t know them.”

The farmer recalled how one of the brothers trained a terrier to pull a go-cart, and two of the brothers used to “go off cycling long before it was popular, off down to Kilfinnan, cycling on their old bikes”.

They rarely went to the pub. “They never put in or out on anyone,” said the farmer. “That is the truth. They were honest souls. When they would pass on the road, you would say: ‘one of the Saints have gone up’.”

The brothers made their living independently and together. Paddy had worked in the tyre business for most of his life, but he also helped on the farm. As well as cutting timber, the brothers raised calves and sold bales of hay to local farmers. The neighbour said they sometimes bought large bales, which they would break up and sell on individually. They did contract work for local farmers.

Kevin O’Keeffe, a former Fianna Fáil TD for Cork East, said the community was shocked by what had happened.

“They were respected, decent hardworking people,” he said.

“No one can know what happened. Our condolences go to the Hennessy family.”

Frank Roche, an independent councillor who knew the Hennessys, said: “They were known as ‘the Saints’ and that will tell you how honest and decent they were,” he said. “We don’t know yet what caused the tragedy, and we don’t know, that is the curse of the land.”

Locals have speculated on the cause of the tragedy.

The Hennessys were due to sell cattle at the mart last Tuesday, according to one local. The sale didn’t go through and they were to be sold this Tuesday instead. Some speculated this may have been the source of conflict between the brothers. Others speculated that a dispute arose over how to divide up the farm between them.

Another said: “There were no real issues with the land, they were living and working together for years on the land. It doesn’t appear to be land. Whatever it was, we don’t know.”

But as one source said, no dispute can justify the carnage John Hennessy unleashed at his homestead.

Early on Thursday evening, a garda put the phone down after speaking to the Hennessy brothers, reassured that everything was all right.

Not long after that telephone call, gardaí believe, John Hennessy assaulted his brothers with feverish and frenzied aggression.

Post-mortem examinations of the bodies of the three brothers suggest that Paddy and Willie Hennessy suffered catastrophic assaults to the head.

At a press briefing last Friday, Supt Liam Geraghty said gardaí were not looking for anyone else in relation to the tragedy.

“Gardaí will support the family through this personal tragedy for them,” he said.

“We will have to wait for post-mortem results to determine the nature of the injuries but at this stage we do not anticipate that any firearm was involved.”

Gardaí have recovered mobile phones belonging to the brothers from the scene.

The phones will be examined for text messages and phone calls of relevance, in the weeks, days and hours leading to the attack.

However, a critical focus of the inquiries will be on John Hennessy’s state of mind in the days leading up to the murders.

The Samaritans offer support and advice to people feeling suicidal or vulnerable 24 hours a day, 365 days a year. Their website is http://www.samaritans.org. Samaritans in Ireland can be contacted on freephone 116 123, text 087 260 9090 or email jo@samaritans.ie