Revealed: Barry Cowen was on provisional licence when stopped for drink driving

A timeline: How the Barry Cowen drink-driving saga unfolded

It’s been a turbulent few days – here’s a way to keep up with it all.

IT SEEMS LIKE a lot has happened in the 18 days since Barry Cowen started his role as Minister for Agriculture in a three-party coalition comprising Fianna Fáil, Fine Gael, and the Greens.

Since then, a drip-feed of information has been released about a Garda checkpoint where the Offaly TD was stopped by Gardaí and found to be over the drink-drive limit.

Here’s a timeline of what happened when, and what details we know.

Saturday 27 June: The Fianna Fáil-Fine Gael-Green Party Cabinet is announced, and Barry Cowen is appointed as Minister for Agriculture and the Marine.

In it, the paper reveals that Cowen was banned for driving for three months after being caught drink-driving on 18 September 2016, the day of that year’s All-Ireland football final.

He was tested at the spot where he was stopped, and then later at a Garda station. The paper reports that he received a Fixed Charge Penalty Notice – this meant a €200 fine and a three-month driving ban as he was on a provisional licence at the time.

He says that he was “disappointed” that he only learned of Cowen’s drink-driving ban on the previous day, but said the minister’s remorse is genuine.

“I have spoken to Minister Cowen and I accept that his remorse about this incident is genuine,” he said.

Sunday 5 July: Minister Barry Cowen speaks publicly about the issue for the first time. Source: The Week in Politics/Twitter

Appearing on RTÉ’s The Week In Politics, Cowen explains what happened: That day I was at the match, I had a couple – two drinks – before the match. I had something to eat afterwards, and was on the way home when I was stopped and tested, and subsequently retested at a Garda station and was found to be over the limit.  It was marginal, but that doesn’t take from the issue at all. There was an issue in relation to the licence which has been rectified to a full licence.

He said he was “embarrassed” and “humiliated” over the driving ban. The publicity associated with it now is part of the punishment which is only right and proper. I’m in public life, I have to accept responsibility for my actions. It was a serious lapse of judgement.

When asked why he was on a provisional licence at 49 years of age, and specifically whether he had a full licence and lost it, Cowen said “no, it wasn’t that at all”.

Cowen said that he wasn’t driving unaccompanied when stopped at the checkpoint in September 2016, but he had driven unaccompanied on other occasions.

Cowen said that “in hindsight”, he probably should have told Micheál Martin or the Dáil about his past driving indiscretion, but said he wasn’t trying to keep it a secret.

He urged others who may consider drinking and driving, even if it’s a small amount, not to do it: “A mouthful is too much.”

At the very end, when asked by RTÉ presenter Áine Lawlor if he had any other drink driving offences, Cowen says “No, I’ve had the same issues as many others in relation to speeding or parking, but nothing at all of this nature [drink-driving].”

8.30pm on Tuesday, 7 July: Barry Cowen apologises in the Dáil. 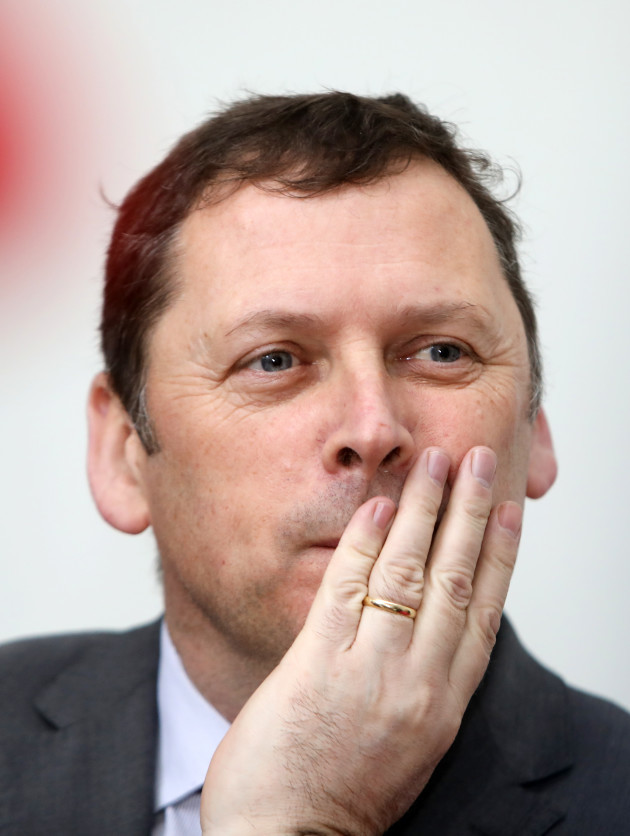 Cowen tells the Dáil that he’s “profoundly sorry” over his historical driving ban after being caught drink-driving, and said his actions are a “source of deep regret”. The criticism that I have attracted for such a serious lack and lapse of judgment is fully deserved. This grave error, my subsequent humiliation, will hopefully serve to highlight the terrible dangers and consequences of drink driving.

Cowen apologises “to my family, to the Taoiseach, the government, to my constituents, and to the general public”.

The Irish Independent also publishes a story detailing how Cowen was in court for a speeding charge three months before he was caught drink-driving.

Sunday 12 July: The Sunday Times publishes a story that claims Cowen disputes the accuracy of a Garda report, which alleges he performed – or attempted to perform – a U-turn after approaching a Garda checkpoint where he tested over the drink-driving limit.

The author of the Sunday Times story, John Mooney, said on Twitter that they didn’t publish the information last week “due to legal threats”

Cowen sends a statement to the media, emphatically stating: I did not evade, or attempt to evade, a Garda.

“Such an act would constitute a serious criminal offence and I was not charged with such an offence,” the statement reads.

Cowen says he sought a copy of the Garda report and is “taking steps” to have it corrected. An Garda Síochána confirms they had begun a preliminary internal investigation, and that the matter would be referred to the Garda Ombudsman. It is obvious that the disclosure of this information at this time, in flagrant breach of the criminal law and my rights under data protection law, is a disgraceful attempt to cause me the maximum personal and political harm.

Monday 13 July: Barry Cowen gets a copy of the disputed Garda report.

Cowen’s colleague Thomas Byrne, the Minister of State for European Affairs, refutes claims that he was the source of the leak to the media in relation to Cowen’s drink-driving claims.

Cowen and Martin have a “lengthy” discussion that night, according to the Taoiseach.

Sinn Féin President Mary Lou McDonald says on RTÉ that she agreed with Tánaiste Leo Varadkar and Transport Minister Eamon Ryan that questions need to be answered so we know “why a Garda account differs so starkly with what [Cowen] says”.

Martin tells the Dáil at 2pm in the afternoon that he has read the report, and says: I saw the document this morning myself, and I’m glad I saw it, and actually, having seen the document it is not quite as portrayed.

Martin then says that Cowen “adamantly and strongly denies any suggestion or implication that he sought to evade any checkpoint. That was his position and still is”.

A vote is held on whether Cowen should answer questions in the Dáil, and the government wins the vote. Source: TheJournal.ie/Twitter

Just before 9pm, Martin gives another statement to the Dáil saying that Cowen has been removed from office, and that a new Minister will be appointed the following day.

“We’ve had extensive discussions at this point,” Martin told the Dáil. “Last evening and again this morning, when he shared with me the actual Garda record under dispute. Following these discussions, and having seen the Garda report this morning it was my view that it raised additional issues requiring further explanation and clarification.

“I made this view clear to him and gave him space today to consider the matter further. However, he has decided he is not prepared to address this allegation publicly and will not make any further statement or answer any further questions on this issue in this house.”

He said that this issue is “damaging to the ongoing work of government”. Source: Barry Cowen/Twitter

After his sacking, Cowen tweets out: “Ten days ago and this afternoon the Taoiseach believed my failure of 2016 didn’t warrant my removal from office but he now appears to have changed his mind based on a Pulse report I gave him this morning.” Unfortunately the decision of the Taoiseach to remove me from office, when he supported me this afternoon in the Dáil, has undermined and potentially prejudiced my entitlement to fair process.

12pm on Wednesday 15 July: Taoiseach Micheál Martin said that the “fundamental point”, and “essence” of Cowen’s sacking was that he wasn’t prepared to address the Dáil to deal with these issues, as Cowen felt this would prejudice two processes that are underway.

Martin said that this situation was “untenable”.

At 12.30pm, the new Minister for Agriculture is announced as Fianna Fáil deputy leader Dara Calleary. Jack Chambers takes Calleary’s old job as the new Chief Whip, and takes on the role as Minister of State for the Gaeltacht and Sport.

A Cabinet meeting is due today at 5.30pm in relation to progressing to Phase Four on Monday 20 July.