ALMOST 500 JOBS have been lost with the closure of Carphone Warehouse’s 80 stores in the Republic of Ireland.

The retailer has 69 standalone and 12 in-store outlets, all of which will close their doors with immediate effect, according to a statement by its UK parent company, Dixons Carphone.

It follows the closure of the company’s standalone stores in the UK last year.

Staff have been informed of the decision, which the company said was influenced by changing consumer trends and decreased footfall.

“Customers are changing the way they buy mobile devices and connectivity, replacing their handsets less often and buying them separately or as part of more flexible bundles,” Dixons Carphone said in a statement.

“Over the last year, Carphone Warehouse Ireland has seen a decrease in footfall year to date in excess of 40% and a 25% increase in customers buying sim free handsets.”

Some 485 redundancies are expected as a result of the decision, the statement said. 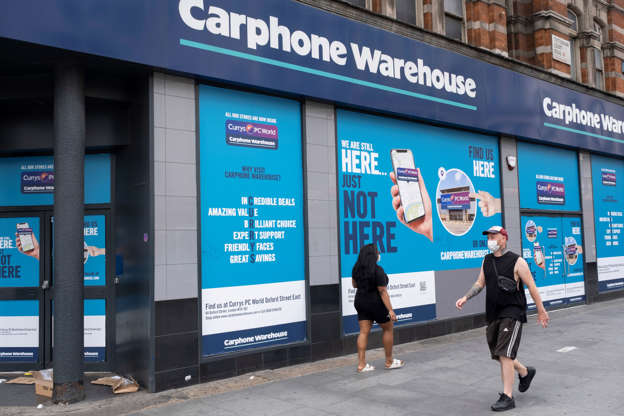 “This difficult decision is no reflection on their commitment, dedication and professionalism.”

The British company said all employees would be “fully supported” following the announcement.

“Dixons Carphone will go well beyond its obligations in financial and other support for all affected colleagues.”

In a statement this afternoon, Tánaiste Leo Varadkar described the news as a “huge blow” and said his thoughts were with staff after a difficult year.

He also said that the Minister for Social Protection was aware of the situation and that the government would work to find new employment or training opportunities for those affected.

“Many high street retailers have been under pressure for some time now, as consumers move online – a shift which has been accelerated by the pandemic and I understand that this has contributed to the Carphone Warehouse’s decision today,” he added.