about 5 hours ago Ronald QuinlanListen now 2:38 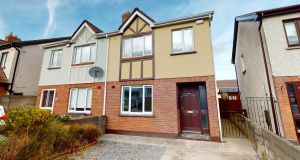 The prospect of immediate rental income copper-fastened by the security of a 25-year government lease is expected to see strong interest from investors in the sale of Project Haven, a portfolio of approximately 60 social housing units across Dublin’s north, south and west suburbs.

The portfolio is producing a guaranteed gross rental income of €952,000 per annum and is being offered to the market by agent CBRE on behalf of Allied Irish Property and the Topland Group at a guide price of €21 million.

While the vendors have not provided a precise breakdown of the portfolio’s composition, it is understood the properties comprise an equal mix of houses and apartments distributed across residential schemes located in the main in Finglas, Tallaght and Blanchardstown.

Each property within the portfolio has been fully refurbished and let by way of a standard lease for a term of 25 years, directly to the relevant local authority in each area. Index-linked rent reviews are provided for in every third year.

Some 61,880 households were assessed as qualified for housing support as of November 2020, with Dublin county accounting for 43 per cent of the national total. The Government has set a target to deliver 50,000 social houses over five years.

Shane Cahir of CBRE says he expects the Project Haven portfolio to appeal to a wide range of domestic and international investors given the in-place income, reduced operational costs and secure 25-year government lease structure.

The vendors, Allied Irish Property, specialise in investment in the residential sector throughout Ireland and in the provision of social housing to local authorities.

According to its website, the company’s structured finance division offers finance and equity to developers with a primary focus on social housing. Its joint venture partnership with the UK-headquartered Topland Group meanwhile provides it with significant financial firepower. Topland is one of the largest multi-billion pound, privately-owned investment groups world.

Outside of its particular interest in the social housing sector, Allied Irish Property says it has “the ability to offer instant cash for residential houses and apartments to owners and investors who are looking to sell fast, save time, and save money on fees”.

Allied Irish Property is not a part of, or associated with, AIB bank.

Fred’s elderly neighbour was recently in St Vincent’s University hospital. The plan was a step down to accommodate him before returning to a new home – the irony being the Vulture fund had sold the home he had rented for decades on the virtual market. The step-down choice was Beaumont Lodge in Raheny and given that there was no visiting allowed because of COVID-19, it’s location being so far away from his home was of no relevance. However, our experience was far from satisfactory so this encouraged us to probe further and hence the following. The Gold of the future for our Money/Wealth mavericks is in our ageing population and the provision of nursing home care and in social housing; and who best to make hay than those who were so badly burnt in the financial crisis that virtually destroyed our nation State in 2008. The focus, contrary to the above is building for social housing requirements and building nursing homes.

FUTURE PLANS OF BARTRA WEALTH MANAGERS (Bartra and of course the name Richard Barrett is much in the media but it is essential to be aware that their new target markets are social housing and nursing homes. 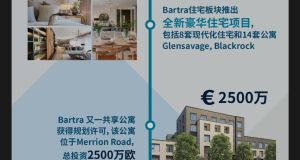 Chinese investors are paying €1 million each to social housing schemes planned by developer Richard Barrett’s Bartra Capital, in return for the right to live in the Republic under a Government cash for residency programme.

The Department of Justice’s Immigrant Investor Programme (IIP) allows non-EU citizens and their families the right to live in the Republic in return for investments or charity donations.

Bartra confirmed on Friday that it has been using the scheme to raise capital from Chinese investors to build social housing and nursing homes in the Republic.

Separately, the company is organising a €2 million endowment for Beaumont Hospital in Dublin for a new operating theatre, while it facilitated €1.6 million in Chinese charitable donations to Tallaght Hospital, to pay for robotic surgery equipment, under the same programme.

Between investments and charity donations, Bartra says that it has aided more than 200 Chinese families take up residence in the Republic. The department has approved all applications from the company’s investors and donors.

Bartra plans to build 1,000 social homes in the Republic. The company would not say how much it has raised from Chinese investors through the programme for this purpose as the information was commercially sensitive.

The company is building 62 homes at sites in Stoneybatter and Poplar Row in Dublin. Ads on Chinese social media inviting people to invest in social housing show approvals for projects at Old Kilmainham, Old Navan Road, Broombridge and Clonliffe, all in the capital.

The company also would not say how much it is raising for nursing homes. Bartra Healthcare has built facilities with a total of 500 bedrooms in north Dublin, at Loughshinny, Northwood and Beaumont Lodge.

It plans further homes with a total of 500 bedrooms. Some of its social media ads highlight approvals for Bartra Clondalkin, which is one of the proposed care facilities.

According to the Department of Justice, to qualify for the residency rights scheme, individuals must have a minimum net worth of €2 million, at least €1 million of which must be available to invest here. They must also be of good character.

The cash must go to projects that the Government has prioritised, including social housing and nursing homes. The department said that since the programme began in 2012, 1,100 individuals have invested €500 million in 190 undertakings.

Investors have their cash returned to them after a designated period. They and their families get residency rights for an initial two years, after which it can be extended by a further three, and then an additional five years. They do not get citizenship through the programme.

Under the investment for residency scheme, charitable gifts can be lower than investments. Bartra expects five Chinese donors to contribute €2 million, €400,000 each, to the Beaumont theatre endowment.

Previously the company has organised donations of €2 million to Dublin Simon and the Irish Community Rapid Response, which helped pay for an emergency helicopter.

The company stresses that it does not collect fees for the charitable donations. It simply organises the cash and passes it to the recipients.

The Department of Justice confirmed that Bartra has benefited from the Immigrant Investor programme (IIP), mainly to fund social housing and nursing homes. “The department cannot confirm any details which may be commercially sensitive,” it added.

Bartra said that it would “continue to promote the IIP through our four Asian offices, driving foreign direct investment into Ireland, creating sustainable employment and delivering on the State’s social housing and nursing home needs”.

Mr Barrett controls Bartra. He is based in China. Along with developer Johnny Ronan, he was a partner in Treasury Holdings, a boom-era property business that was subsequently liquidated.

More from The Irish Times

Gordon D’Arcy: Ronan O’Gara will be wary that return home could be coaching cul-de-sac

Can I cash in my pension early? Rules and exceptions explained Your tax bill is set to rise: what is likely to change? Revolut for payments, An Post for savings: how we might bank in the future

Inside Business with Ciaran Hancock – Super League shambles and the future of European football 43:11

Most Read in Business

4 Financial advice from a bank is never ‘free’

5 Pensions face ‘once in a generation’ change in regulation