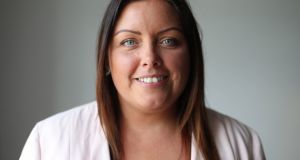 Newly appointed Communities Minister Deirdre Hargey barely had her feet under the desk before Fianna Fáil leader Micheál Martin was complaining about her appointment. The West Belfast MLA was in Magennis’s bar in central Belfast the night in January 2005 when Robert McCartney was stabbed and beaten to death. Photograph: PA

Sinn Féin’s surge in the opinion polls has raised questions about how it would perform in government were Fine Gael or Fianna Fáil to reverse their stance of refusing to go into coalition with them.

The latest fallout from the Paul Quinn murder may make it problematic over whether such a liaison could happen but it is worth examining how Sinn Féin has acquitted itself in the Northern Executive – when it was sitting.

There is no escaping the fact that Sinn Féin’s links to the IRA and also to what some have described as “unelected backroom figures” has frequently made government in the North difficult, and sometimes impossible.

Between December 1999 and October 2002, the Executive was suspended four times, with Sinn Féin central to those breakdowns, first over the IRA’s failure to fully decommission and over “Stormontgate” in 2002, an alleged IRA spy ring operating at the heart of government.

It took another five years until the Executive and Assembly were up and running again. That Executive, with the DUP and Sinn Féin in charge, lasted nearly to 10 years but collapsed in January 2017, again with Sinn Féin in the spotlight. Martin McGuinness resigned as deputy first minister in a row over the Renewable Heat Incentive scheme, bringing down the administration,

It took three years to build it up again.

Decommissioning won’t be, and spying shouldn’t be, relevant to any Dáil coalition involving Sinn Féin. But there is still the old question of who pulls the strings.

A senior Stormont ex-civil servant who worked with many ministers from across the political divide said that in the initial years of the Executive and for quite a period thereafter, much of what Sinn Féin was doing at ministerial level “seemed to be constantly referred back to Connolly House (the party’s HQ on the Andersonstown Road in west Belfast) to be washed through a committee system there.

“There was that smell of former combatants still having a huge impact on the whole thing,” he said. “No matter what policy paper was put forward it tended to find its way back to Connolly House.”

That most recently came to the fore in the row over the RHI scheme, dubbed “cash for ash”.

Former South Belfast Sinn Féin MLA Máirtín Ó Muilleoir was finance minister for a period during the RHI crisis. He was criticised for seeking the approval of Ted Howell, an unelected Sinn Féin kitchen cabinet figure, before he would sign off on a plan aimed at cutting some of the cost of the scheme.

Although three senior civil servants by then had told him the cost-saving plan was legitimate, Ó Muilleoir still consulted with Howell to ensure he was content with the proposal. He was, and the minister approved the scheme the following day.

Howell, a Belfast man who is in his early 70s, keeps a low profile, but Ed Moloney, author of A secret history of the IRA, has described him as “a reticent but enormously influential activist who doubled as chairman of the party’s think tank, the body that directed the peace process for the SF leadership”.

Moloney also portrayed him as Gerry Adams’s “most trusted adviser and counsellor” and “a highly secretive figure” who was “arguably one of the most influential figures in the Provisionals”.

Sinn Féin also has other backroom people with senior IRA pedigrees who appear to wield considerable influence. They include Padraic Wilson and Martin Lynch, whom Ó Muilleoir also consulted about RHI, and Sean “Spike” Murray and Bobby Storey.

The incident with Ó Muilleoir and Howell caused political upset but no great surprise in Northern Ireland because politics is done differently there.

But would a coalition in the Dáil survive if it emerged that Sinn Féin ministers were refusing to sign off on particular proposals until they had clearance from unelected veteran IRA figures?

For example, Mary Lou McDonald said in August 2018 that pressing for unity against the turbulence of Brexit would be unwise. But the following day she retreated, saying she wanted a Border poll and the sooner the better.

The accusation by unionists and others was that she was got at by the Belfast brigade, so to speak, and instructed to change her tune. Any repetition of claims that she is a mouthpiece for shadowy sources could cause problems if she were in a coalition government.

In all, Sinn Féin has had 11 ministers in various Executives. Leaving the sinister stuff aside, they performed no better and no worse than you would expect from ministers working in, say, the Dublin cabinet.

McGuinness is generally regarded as by far the most imposing and impressive of them. He worked well with Ian Paisley snr – the pair of them were dubbed the Chuckle Brothers – with the DUP leader viewing his Sinn Féin colleague as something of a prodigal son. The relationship with Paisley’s successor Peter Robinson, the great pragmatist, also was reasonably productive. They had major rows but somehow managed to surmount most of the obstacles.

Some, such as the abandoned proposed peace and reconciliation centre at the Maze site, they couldn’t solve, leaving a festering wound that also contributed to the collapse of Stormont three years ago.

As health minister, Bairbre de Brún faced rows over the proposed rationalisation of the health service and the downgrading of a number of hospitals . But before she could get anything major done matters were taken out of her hands with the collapse of Stormont in 2002.

Michelle Gildernew was one of the most popular agriculture ministers with, to quote one source, “some of the uber Prods in the Ulster Farmers’ Union describing her as ‘our minister’.”

Current Deputy First Minister Michelle O’Neill was criticised over the RHI scandal after it emerged that when she was agriculture minister, her department organised scores of workshops for farmers to highlight the scheme’s benefits. She insisted the DUP solely was to blame.

As health minister in 2016, she was more sure-footed when she introduced the Bengoa report, a radical plan to transform the health system in Northern Ireland. But because of the paralysis of the last three years, it never really achieved lift-off.

O’Neill is no Martin McGuinness but there is a sense of her growing into the job. The sceptics might see it as “just for the optics” but she appears to have developed a businesslike and relatively cordial relationship with First Minister Arlene Foster, which is important if the new administration is to succeed.

Newry and Armagh MLA Conor Murphy is at the centre of the current storm over the Paul Quinn murder. But as finance minister it must be said he carries authority and presence in the Executive.

He had some other problems, however. As regional development minister his department lost a costly high-profile discrimination case after he appointed a Catholic as chairman of Northern Ireland Water ahead of four Protestant candidates. Sinn Féin also lost an £80,000 libel case in relation to a director of Northern Ireland Water who Murphy sacked.

Newly appointed Communities Minister Deirdre Hargey barely had her feet under the desk before Fianna Fáil leader Micheál Martin was complaining about her appointment. The West Belfast MLA was in Magennis’s bar in central Belfast the night in January 2005 when Robert McCartney was stabbed and beaten to death.

Martin said the appointment of Hargey – who claimed she saw nothing of the incident and had co-operated with the police investigation – showed Sinn Féin had no “real contrition” for the killing.

While these incidents often put Sinn Féin ministers in the headlines for the wrong reasons, the Executive functioned tolerably well, when it was sitting. But there was a feeling that a lot more could have been done.

Northern Ireland is still transitioning from the past and that continues to thwart useful politics.The “peace walls” remain up because the dangers and divisions that created them haven’t gone away, you know.