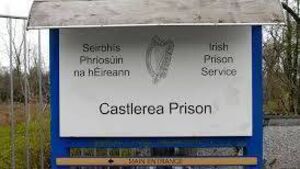 On Saturday last, a prison officer in Castlerea was changing in the staff locker room. He noticed something in a crate, partially concealed, under a row of lockers. Further inspection revealed it was a camera. As far as he could tell, the camera was not recording at that time.

The prison officer was shocked. His first instinct was that the camera was being used in some form of surveillance. Any such activity would be illegal and invasive.

An inquiry conducted in 2019 into illegal surveillance in the prison system found  it had occurred some years previously. The purpose of such surveillance is to detect any staff member who might be bringing drugs in for an inmate. The  majority of prison officers are completely clean in this respect, but as with anywhere, there are the few rotten apples.

Within the prison system, there is an extensive network of CCTV cameras, as would be expected in a secure facility. But there are none in the staff quarters for reasons of privacy. Just as staff in any organisation are entitled to their privacy, so it goes with prison officers.

The officer went home and, after consulting his wife, reported the discovery to the local gardaí. He also informed his union, the Prison Officers Association (POA).

The following day, he informed the governor of the discovery. The governor detailed a chief officer to accompany the officer to the locker room. There, the camera was handed over.

The discovery of the camera came within a week of a similar discovery in the staff locker room in Cloverhill prison in west Dublin. The Irish Prison Service has denied that either of these cameras were being used to engage in covert surveillance. In a statement to the Irish Examiner, the IPS noted that these were “two non-operational, obsolete cameras”.

“It is not correct that cameras were deployed to conduct surveillance of staff,” the statement read. 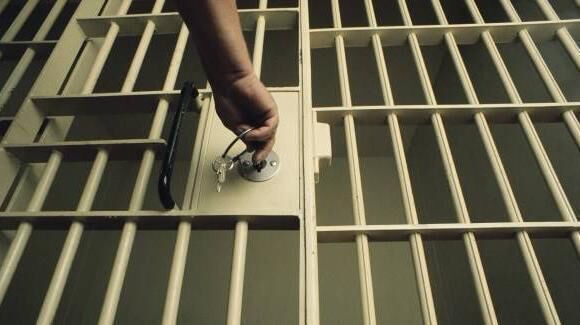 A range of sources within the prison system, at different levels of service and management, said they were “baffled” at the IPS explanation. Cameras are not left lying around. A security company is contracted to operate the CCTV system.

There is absolutely no reason why a camera would be left in a locker room in the kind of situation where one might find an old pair of runners, or a discarded towel.

That something along those lines apparently happened in two separate prisons within a short time span adds to the bafflement. In its statement to the Irish Examiner, the IPS did offer the following: “The discovery of the cameras was investigated by local management and it was quickly confirmed that neither camera was operational, cabled or capable of operating. At no stage was there any surveillance of staff taking place.”

This, however, raises other questions. Knowledge of the discovery of the cameras is widespread within the two prisons. Naturally, some may erroneously believe illegal covert surveillance was taking place. Yet the authorities have not issued any communique to staff to reassure in case of any misunderstanding over the highly unusual and coincidental discoveries.

In that vein, the position of the Prison Officers Association is also curious. The POA was informed of the Castlerea camera last Saturday. It is unclear whether the POA had knowledge of the Cloverhill camera prior to that time.

The suspicion that there could be untoward reasons for the presence of these cameras did not prompt the union to reassure its members of the IPS position that no surveillance was afoot.

The Irish Examinercontacted the POA about what action it had taken since being informed of the cameras. The response was generic, making no reference to the actual discoveries or any action taken.

“All such issues when brought to our attention by our members are raised directly with the Irish Prison Service. Should we find, after investigations that concluded, that we have any concerns relating to the findings, we insist that all necessary and appropriate action is taken.”

This response is in complete contrast to the POA’s position nine years ago, when a surveillance camera was discovered in the tuck shop in Wheatfield prison. On that occasion, the union vehemently reflected the anger of its members and demanded an investigation.

The recent discoveries occurred against a backdrop in which the level of drugs entering prisons has reportedly not fallen noticeably during the pandemic, despite visitor restrictions.

The IPS acknowledges that “an increase in drugs found in post, parcels and prisoner clothing has also increased as a result of visits being suspended”.

Yet, sources familiar with the detection systems point out that about 90% of drugs in prison are conveyed through visitors. The prison authorities therefore have an extremely difficult job in attempting to stem the flow of drugs and other contraband into prisons.

There will be relief in the Department of Justice that the IPS has cleared up any misunderstandings about the discovery of hidden cameras. In 2018, former justice minister Charlie Flanagan ordered an inquiry into allegations that a private investigation firm had carried out surveillance, including placing tracking devices in vehicles and cameras in staff areas.

The inquiry, which was initiated after a report in the Irish Examiner, found that surveillance had occurred. Those involved were attached to the Operational Support Group (OSG), tasked with stopping contraband entering the prisons. The report didn’t find any evidence that management in IPS HQ in Longford had knowledge of the illegal, covert surveillance activity.

The whole affair was an embarrassment to the department and the minister, to the extent that the report was published on the Friday of the August weekend, some five months after it was received.

Some observers of the Irish penal system believe one enduring priority of the prison service is to avoid causing any embarrassment to the Minister for Justice. Had there been a less palatable reason for the presence of the cameras, or had the POA kicked up on behalf of its members, the whole affair might have turned into a pain in the neck for Helen McEntee.


There is absolutely no reason why a camera would be left in a locker room in the kind of situation where one might find an old pair of runners, or a discarded towel.

A hidden camera was found in the staff locker room at Castlerea Prison last weekend.