In 2013, some of the top detectives in the country were involved in an investigation into cancelling penalty points for road traffic offences. The issue was a hot political potato. Sergeant Maurice McCabe and former garda John Wilson had made a series of complaints of how the system was being abused by senior gardaí. The minister for justice ordered an inquiry. Garda Commissioner Martin Callinan reacted as commissioners tend to when the minister gets involved — he put a top team on the job, deploying the elite National Bureau of Criminal Investigation (NBCI).

At one point in the investigation, two detective superintendents were dispatched to visit an estranged uncle of McCabe’s who had claimed to “have a lot of information about the whistleblower that he wanted to pass on.”

At the subsequent Charleton Tribunal it was put to a witness that this was a case of attempting to “dig the dirt” on McCabe. The witness denied it.

That investigation didn’t uncover much in the way of abuse of the system. A superintendent and two inspectors were the only personnel fingered, despite subsequent investigations that suggested widespread abuse across the state. The three were subjected to a disciplinary process that amounted to a slap on the wrist.

Following the controversy, the system was reformed. Now it is far more difficult for senior officers to cancel tickets, although it is believed to still go on, albeit on a much-reduced scale.

Today, for the second time in its history, the NBCI is once again investigating the cancelling of penalty points. This time their investigation is confined to the Limerick area, rather than statewide. This time they are operating at an intensity that has shocked local gardaí. Up to 150 gardaí are being interviewed. Dozens of civilians have also been interviewed, some under caution. Last November eight members were suspended in connection with it. Last week four gardaí and a retired senior officer were charged with “perverting the course of justice”.

In today’s Irish Examiner, retired Superintendent Seán Corcoran has raised a number of questions about the ongoing investigation. He says he is bitterly disappointed that more retired or ex-members are not speaking out about it. Morale among gardaí in the city, he says, “has never been so low” and “members are almost afraid of doing their jobs, of making a phone call or sending a text” because of the investigation. Other serving and retired gardaí in the area have echoed this sentiment to the Irish Examiner but Mr Corcoran is the first to do so on the record.

“If you went into any city or county in the country you would get the same result as you would in Limerick, so why is it being done here,” he asks.

Mr Corcoran also raised questions about the cost of sending a crack team down from Dublin to conduct an investigation into cancelled fixed charge notices.

“Can the commissioner account for the cost of it, including overtime, travel allowance, overnight stay and then put that against the cost of what these alleged traffic violations would have gained for the state. It is outrageous and could have been dealt with locally at no extra cost.” 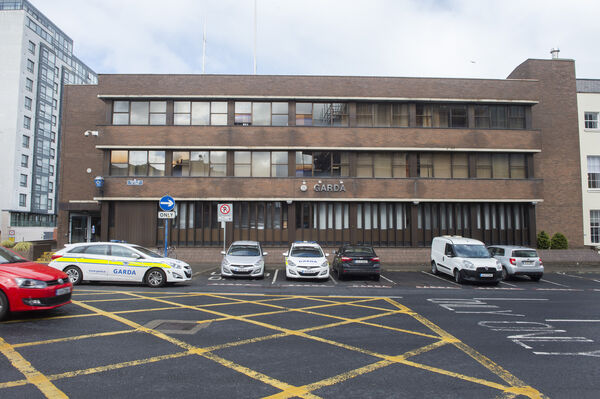 Proportionality is a key feature of policing, whether that be in dealing with public order events or even interpreting the law on restrictions of movement during the pandemic. Generally, officers don’t want to be seen as “heavy-handed” as this conveys the wrong impression in a state that polices by consent. It doesn’t always work out that way. Sometimes action and reaction by the gardaí towards members of the public are over the top, but those cases are highlighted and tend to be more exception than the rule.

Now, internally in the organisation, members in Limerick believe the NBCI has lost all proportion in its investigation.

The cancelling of tickets is an issue that ordinarily would be dealt with by a disciplinary process rather than through criminal investigation. Not just that, but the focus has, to the greatest degree, been on junior officers.

By and large, any fixing of tickets originates with senior officers who might request a junior officer to cancel a ticket he or she has issued. Put yourself in the junior officer’s shoes. How would you, in a hierarchical organisation, respond to such a request from a more senior officer who could even have a say in your future? Yet no senior officer has been suspended or charged. Neither is there any suggestion that this crackdown — if that is what it is — will move to, for instance, Dublin for the next phase.

After the 2013 investigation, some politicians suggested that the NBCI investigation of Maurice McCabe’s allegations was less than robust. Finding out too much, this theory went, might be embarrassing for the organisation.

In the current investigation there is no question as to whether the probe is robust, but many, like Mr Corcoran, feel that perhaps it is too much so. Retired superintendent hits out at Limerick Garda probeHenry Street Garda Station in Limerick.