SOCIAL MEDIA FIRMS were asked by Tánaiste Leo Varadkar to address how they would stop the use of their platforms to organise protests in breach of Covid restrictions.

Varadkar contacted Facebook, Twitter, Google and Tiktok in March about the organisation of such events and the spread of misinformation on their platforms.

Letters to the four companies, released under the Freedom of Information Act, told the companies that the public needed access to “reliable information” about Covid-19 and vaccines.

The letters were sent by the Tánaiste on 5 March, days after 23 people were arrested at a protest against lockdown measures in Dublin city centre that turned violent.

The protest was criticised by Government and Opposition leaders, Garda Commissioner Drew Harris and garda unions after a lit firework was launched at gardaí on Grafton Street. 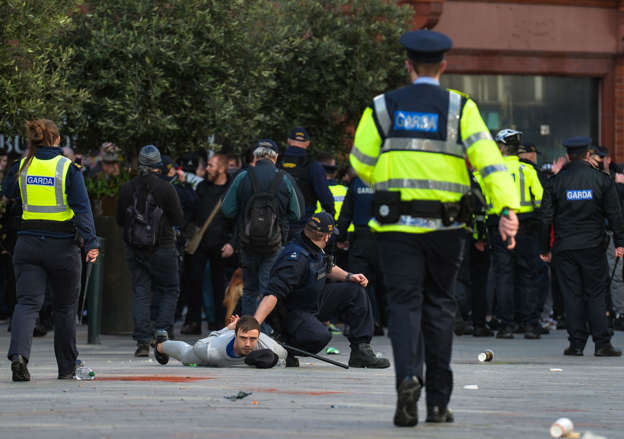 The event was organised by groups critical of Covid-19 measures, including lockdowns and the wearing of face masks, as well as those against the use of vaccines and critical of the mainstream media.

In his correspondence with the social media firms, Varadkar said he was “appalled” by the scenes that unfolded at the protest, particularly the violence directed towards gardaí.

“This behaviour by a selfish few undermines the sacrifices that millions have made in the last 12 months,” he wrote.

“I’m writing to see how you can help prevent the promotion of such gatherings in future, to minimise the risk to public health and to prevent the spread of false information.”

The Tánaiste said that the vast majority of the public had showed strength and patience over the course of the pandemic, and praised tech companies for helping people to communicate with their loved ones and to work from home. 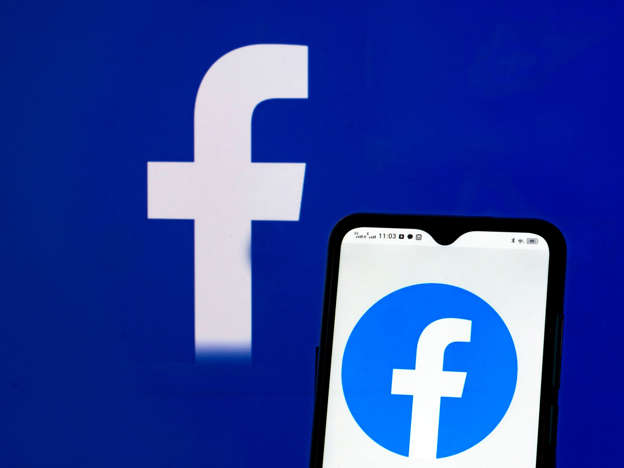 © Photo Illustration by Igor Golovniov/SOPA Images/LightRocket via Getty Images) In this photo illustration Facebook, Inc. logo seen displayed on a smartphone and in the background.

But he said the government owed it to the public, gardaí and other frontline workers to counteract the actions of a “malevolent but vocal minority” who abused social media platforms.

“I am a strong believer in free speech and the right to protest but Saturday’s demonstration was both violent and in breach of Level 5 restrictions,” Varadkar said.

“Its organisation was clearly planned and promoted in advance through social media platforms and/or private messaging services.”

The Tánaiste also said the event was used to spread conspiracy theories about vaccines and to attack the mainstream media, and pointed to similar events which had been organised on social media.

“In light of Saturday’s events, could you outline what more you can do to prevent the use of your platform to promote illegal gatherings and the spread of misinformation?” he said.

“And what more can you do to stop the spread of false information on vaccines? We have nearly administered half a million vaccines in Ireland to those most at risk.

“We must do everything possible to highlight the benefits of vaccination and to ensure people have access to objective and reliable information.”

In the weeks that followed, three of the companies – Facebook, Twitter and Google – responded to Varadkar and outlined their attempts to tackle misinformation in general and specifically in relation to Covid-19 and vaccines.

However, letters from representatives of Facebook and Twitter seen by The Journal did not address the use of their platforms to organise gatherings in breach of Covid-19 rules.

In a letter on 29 March, Facebook Ireland’s Head of Policy Dualta Ó Broin said the company was “appalled” by the demonstration which prompted Varadkar’s correspondence.

But he added that the company had responded to this by addressing content on the platform, rather than the organisation of such events themselves: 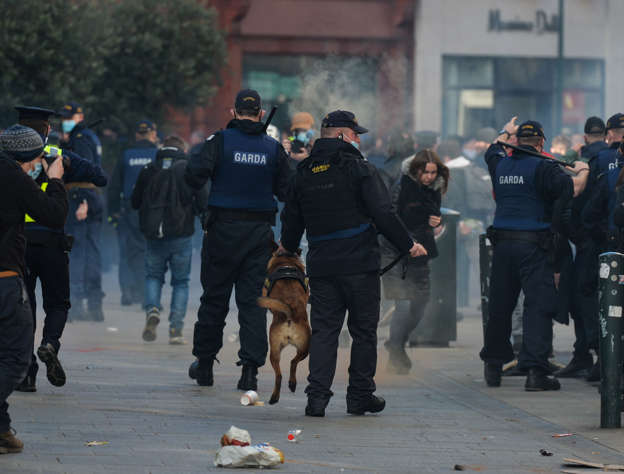 Having received reports of potential harmful misinformation from a range of sources following the events of 27 February, an internal investigation was carried out which resulted in the removal of 20 Facebook Groups, 15 Pages and two Instagram profiles for repeatedly sharing harmful misinformation and debunked claims about Covid-19 or vaccines.

Twitter, which unlike Facebook does not have specific event pages on its platform, also told Varadkar that it had dedicated reporting outlets for law enforcement agencies and that it had previously liaised with gardaí on investigations.

In a letter on 12 March, Sinead McSweeney, the company’s Vice President of Public Policy for the European and Middle East Area, explained that it had continually reviewed and updated policies on misleading Covid-19 content.

“We know that people come to Twitter to be informed, and that they want credible information to help them do so,” she wrote.

“While we apply labels and add context to tweets, we don’t want to limit these efforts to circumstances where something breaks our rules or receives widespread public attention.

“We also want to broaden the range of voices that are part of tackling the challenge of harmful disinformation.”

McSweeney added that Twitter understood its role in facilitating public conversation during the pandemic, and said it would continue to explore ways to “better serve and protect” such conversations on its platform.

A spokesperson for the Tánaiste’s office did not clarify whether any further action would be taken on foot of the responses from the four companies.

Comments have been closed for legal reasons.