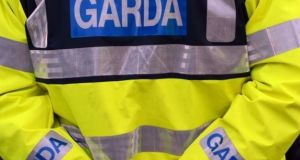 The Garda Síochána Ombudsman Commission (Gsoc) has launched an investigation into the arrest of a 17-year-old boy in Dublin city centre after the teenager sustained serious head injuries at or around the time he was being dealt with by gardaí.

While Gsoc on Wednesday issued a public appeal for people who may have witnessed the boy’s arrest in the south inner city on the night of Tuesday June 1st to come forward, it declined to offer any additional information when requested.

However, The Irish Times understands that, after the boy was arrested on suspicion of a public order incident at around 9pm on East Essex St, Dublin 2, he was brought back to Pearse Street Garda station and he soon required hospital treatment.

After being taken for treatment to one hospital, he was assessed there and then transferred to Beaumont Hospital, north Dublin, as it specialises in head injuries. It is understood the boy had sustained a serious head injury at or around the time of his arrest or while in Garda custody.

The boy was seriously injured and while he has since been discharged from hospital his condition is being monitored by medical staff.

The Gsoc investigation is now trying to establish the precise circumstances and location the boy sustained his head injury. It is understood the inquiry is focused on the boy’s movements while he was on the street in the south inner city rather than any incident inside Pearse Street Garda station.

The area where his arrest took place is covered by CCTV and that footage was expected to be a key piece of evidence that Gsoc will review. That footage has already been secured.

When senior officers became aware of the seriousness of the boy’s injuries they referred the matter to Gsoc for investigation. Gardaí must refer any incident to Gsoc where a member of the public has come to harm at or around the time they have had dealings with any member of the Gardai.

“Gsoc would like to hear from any potential witnesses that may have captured the incident on CCTV, dashcams or mobile footage,” the Garda watchdog said, adding that anyone could contact it by phone or email.

Fred is sad for this young boy, only 17 years old and now in Beaumont Hospital relating to a head injury: Fraught, electric, disparate, worrisome times and a loss of Freedom for well over one year leaves people in the most vulnerable of situations. However at all times people must practice their anger skills and exercise patience and tolerance. It is too easy to use a Graphite Baton or a punch to the head or a kick to the stomach to express your anger but there are high costs. The CCTV will most likely tell what has happened to this 17 year old boy. It will tell whether he suffered a blow to the head and the source of it before arriving at Pearse Street station. The young boy has been removed from one hospital to Beaumont hospital which suggests that he has sustained a brain injury. People forget the significance of what a brain injury can do. First, it can cause death or thereafter a life-time can be spent trying to cope in a world too advanced for your intellect ie that which is so often the result of the head trauma. In Ireland we pay little heed to those who have sustained these injuries but I would suggest people check out Headway and see the lifelong implications of brain damage. I hope that this young man survives and that the evidence will clarify who may or may not be responsible for same. https://headway.ie/about-brain-injury/introduction-to-brain-injury/