A photo has emerged showing Ghislaine Maxwell — friend of Jeffrey Epstein — sitting on the coronation throne at Buckingham Palace on a tour arranged by Prince Andrew. Worse, Kevin Spacey was there

Scotland Yard has said it will “review” allegations that British socialite Ghislaine Maxwell trafficked, groomed and abused women and girls in the UK.

Maxwell, the former girlfriend of the late convicted sex offender Jeffrey Epstein, is in a US prison awaiting trial on charges that she recruited three teenage girls for Epstein to sexually abuse between 1994 and 1997.

Channel 4 News said an investigation has found more than half a dozen claims that young women and girls are alleged to have been targeted, trafficked, groomed, or abused in the UK by Epstein and Maxwell over a period spanning more than a decade. 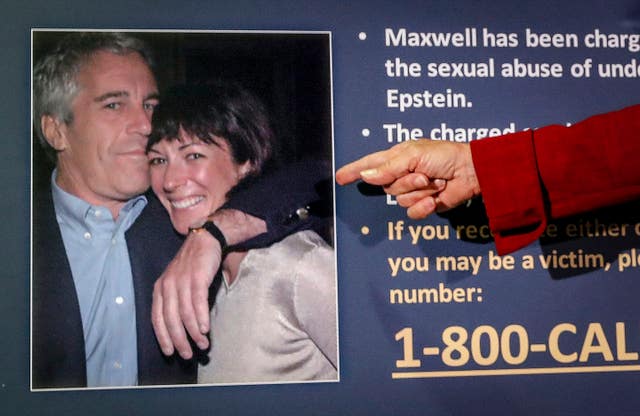 The news outlet said some victims have provided detailed accounts of their experiences, adding that the evidence comes from a combination of publicly available documentation, witness accounts, and interviews.

The Metropolitan Police said they always consider any new information and said they will review the information put to them by the broadcaster.

Nazir Afzal, the former chief prosecutor for north-west England, told Channel 4 News: “From what I’ve seen, there is clearly enough evidence for the police to investigate more thoroughly than they have done up to now.

“And maybe other victims or alleged victims who may, if an investigation follows its course, be identified.”

In a statement, the force said: “The MPS is clear that it will investigate allegations where there is sufficient evidence of an offence having taken place, where it is the appropriate authority to do so and where those against whom the allegation are made are alive.

“The MPS stands by the statement by Commander Alex Murray issued at the end of 2019.

“However, following the legal advice, it was clear that any investigation into human trafficking would be largely focused on activities and relationships outside the UK.”

The Met said officers therefore concluded that the MPS was not the appropriate authority to conduct enquiries in these circumstances and, in November 2016, a decision was made that this matter would not proceed to a full criminal investigation.

Officers reviewed the decision making from 2016 in August 2019 following the death of Jeffrey Epstein, and concluded that the position should remain unchanged.

“The MPS has continued to liaise and offer assistance with other law enforcement agencies who lead the investigation into matters related to Jeffrey Epstein but is unable to comment on individuals with whom they may or may not have interacted with regard any allegations of crime.

“We will always consider any new information and will review the information sent to us from Channel 4,” the force said. R A photo of millionaire Jeffrey Epstein and British socialite Ghislaine Maxwell (John Minchillo/AP)