Two businessmen and an art teacher have been charged over a €6m “ghost broker” motor insurance policy fraud.

Alexander Afanaschenko, 45, of Bewley Drive, in Lucan, Mikhail Yegorov, 38, with an address at Charnwood Court, Clonsilla and Elena Olenik, 44, who lives in Berryfield, Finnstown, Lucan, Dublin, were remanded on bail after they appeared before Judge Gerard Jones at Blanchardstown District Court today.

It follows an investigation by the Garda Special Investigations Unit in Roads Policing Division based at Dublin Castle.

In excess of 2,500 motor insurance policies, valued at €6m, were identified as having been fraudulently obtained from 10 insurance companies, Judge Jones was told.

The Director of Public Prosecutions directed trial on indictment in the Circuit Court. The three defendants, who have not yet indicated how they will plead, were ordered to appear again in July to be served with books of evidence and returned for trial. 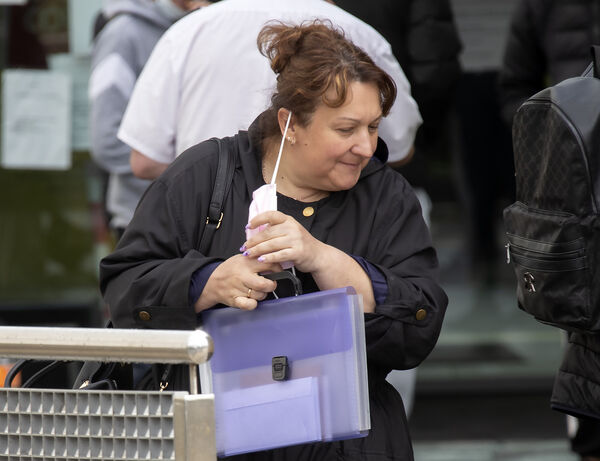 Garda George Thurlow told the court it was alleged Mr Afanaschenko was a director of a named company which operated as a “ghost broker” from January 2013 until September 2018.

He faced 210 charges: one count of fraudulent trading contrary to the Companies Act; 76 deception charges as well as 91 for money launder offences and the rest were for using false documentation.

Fraudulent documents were used to get policies with beneficial premiums, it was alleged.

Mr Afanaschenko, from Russia but who has lived in Ireland for 18 years, was the holder of Irish, Moldovan and Russian passports. There was no objection to bail with conditions. 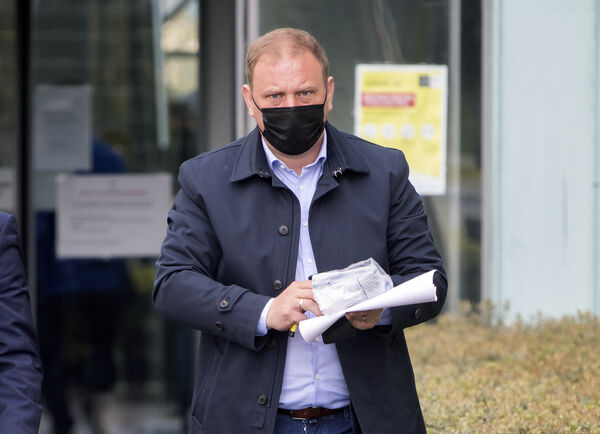 Mikhail Yegorov outside Blanchardstown District Court this morning where he was accused of 21 money laundering offences by possessing proceeds of criminal conduct, and one charge of fraudulent trading of a ghost broker venture. Photo: Colin Keegan, Collins Dublin

Mikhail Yegorov was from Ukraine but identified as Irish and has lived here since 2014, the court heard. Garda Sergeant John Carey said Mr Yegorov was accused of 21 money laundering offences by possessing proceeds of criminal conduct, and one charge of fraudulent trading of a ghost broker venture.

It was alleged he worked with Mr Afanaschenko but the co-accused was more directly involved.

It was alleged they were paid to use false information, including fake licences and no-claims bonus certificates, to get genuine insurance policies with reduced premiums.

The court heard €180,000 allegedly went through a bank account over two years.

The two businessmen had bail set with €5,000 lodgements and their legal aid applications were deferred. Judge Jones ordered them to sign on regularly at their local Garda stations, to surrender travel documentation, alert gardaí if they will be away from their homes for more than 24 hours, not to leave the jurisdiction, and have no contact with injured parties.

Self-employed art teacher Elena Olenik, originally from Latvia, faces 15 money laundering charges and 20 counts of forgery of documents, Garda Thurlow said. Her solicitor Wayne Kenny said she is currently on the Pandemic Unemployment Payment. Legal aid was granted to her.