A barman at Cape Clear Island who sexually assaulted a customer after he drove her home and brought her on a tour of the island in the early hours was sentenced to two years in jail.

The jury reached a unanimous verdict of guilty in the case against Duncan Harper, 34, at Cork Circuit Criminal Court, a fortnight ago on two counts of sexually assaulting the young woman on a summer’s night in 2019.

“Her account was entirely truthful. He brought her on an excursion around the island and assaulted her by placing his hand upon her breast and also putting his hand on her elsewhere. All of the information about roads, by-ways, maps and townlands was all a deviation by the defendant to avoid the truth.

“The most telling thing the victim said was that she really did not know one place from the next,” the judge said, and added that the most important thing is that she had told of the sexual assaults occurring in the defendant’s van.

“Anyone in the court could see the enormous distress — the palpable agony — the victim went through giving evidence by the mere reciting of the events. Reliving of the events is a torment for the victim almost as bad as the assaults. I saw this as a serious case. This honest, reliable, concerned girl was assaulted in his vehicle

“I did not see — maybe I missed it — much if anything by way of remorse,” Judge Ó Donnabháin said.

Defence barrister Stephen O’Donoghue said the accused is 34 and was always a hard-working man, active in co-operative activities for the betterment of the local industry in Cape Clear, some of that work being done in a voluntary capacity. Mr O’Donoghue said Duncan Harper was a full-time carer for his father who has been blind since childhood.

A victim impact statement was handed in directly to the judge through Garda Keith O’Leary.

The complainant was a visitor to the island and she said in the course of the trial that she had been awake for almost 24 hours at the time of the disputed incident. She said she dozed off in the front seat of Duncan Harper’s van and that the accused man put his hand over and put it inside her top and her bra and on to her right breast. She said the second sexual assault consisted of him putting his hand up her dress, high up her leg close to her vaginal area. 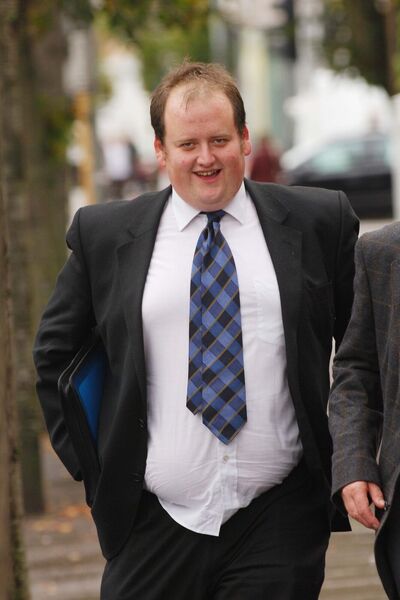 The young woman testified that there was a music session in the Club Chléire pub that night that went on well into the early hours of the morning of June 23, 2019.

“Duncan went to close up the bar at 5 a.m… I was going to walk home. Duncan offered me a lift home. Initially, I refused. But I would have seen him talking to people I trusted and there was two men in the van. Duncan dropped the two men on the way to where I was staying. He said he could drop me home or would he give me a tour of the island.

“I was being polite. I said, ‘I don’t mind’. But I was exhausted. I was up since 7am. He went up a massive hill to the opposite side of the island. I realised I did not want to be there. I was definitely out of my comfort zone.

“At a certain point he leaned in to kiss me. I said, ‘No’. I turned towards the door. I felt totally uncomfortable and quite frightened. I turned away and said, ‘No’.

“I would have been going in and out of sleep – aware his hand was inside my dress, on my leg, on the upper part of my leg, my right leg. It was a struggle to get his hand away.”

She said that when she eventually arrived back where she was staying she fell into her friend’s arms and told her what happened.

Defence barrister Stephen O’Donoghue cross-examined her and said the defendant denied that this happened and that he did not sexually assault her in any way and did not offer her a tour or bring her on a tour of the island that morning. Duncan Harper did not give evidence.

The complainant, who is in her early twenties, became upset at the suggestion that her account was untrue and said: “I would not be here if my recollection of the evening was untrue. This has battered my confidence. It has taken two years from my life. Why on earth would I put myself through that?”