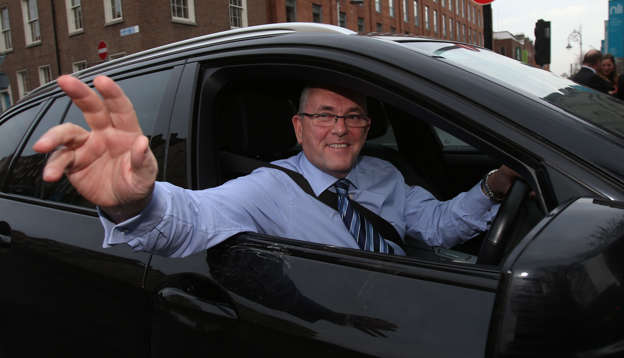 Cabinet should “stop blaming Tony Holohan” for the delay to the reopening of indoor dining and are “not doing their job” of managing the country, Government TD John McGuinness has said.

In a stinging attack on senior Government figures, Deputy McGuinness said it is “shocking” how ill-prepared Cabinet were for Tuesday’s announcement following Nphet’s briefing on Monday.

He said Minister Donnelly exercised “poor management” in dealing with the hospitality sector ahead of the delay to the reopening scheduled for July 5.

Deputy McGuinness said it was “for Micheál Martin” to question the Health Minister’s position and wouldn’t be drawn further on the matter, but said “the Cabinet’s style of management and his style in terms of health has to change dramatically”.

“Only now is the Minister for Health saying we’ll have that conversation [on indoor dining]. Well I’m sorry, look all over Europe; that conversation has been had months ago. Solutions have been put in place. There wasn’t this knee-jerk reaction that has caused uproar in the hospitality sector,” Deputy McGuinness said on the Hard Shoulder on Newstalk Radio.

Mr McGuinness claimed Cabinet were trying to “condition people” by releasing the worst case scenarios given to them by Nphet and not the other figures.

“Why take the one that is the worst and put it out there? Because they are trying to condition people and to get them back onside,” he said.

Mr McGuinness challenged the entire cabinet to “put your names to the comments that are appearing anonymously in the media”.

The Carlow-Kilkenny TD said there was such a deficit of information being relayed to Government and businesses by Cabinet that it “makes you wonder if they know anything about business”.

Cabinet are making decisions “on-the-fly” and “do not understand the sector [hospitality] they’re dealing with”, Mr McGuinness said.

Deputy McGuinness said that cabinet were not bringing the people “or even their own political parties with them” and said most people are offended that they’re being “kept out of the loop”.

“We’re in Government and we should be told. I’m simply saying that there is such a deficit of information and engagement from Cabinet, that it makes you wonder if they know anything about business. Do they understand what those businesspeople had to do to get to the point that they believed they’d be reopening,” Deputy McGuinness said.

The chair of the Oireachtas Committee on Finance reckoned the political fallout for Fianna Fáil due to Government’s mismanagement of the reopening would be “extremely serious”.

He said if something isn’t done to rectify the party’s tumble in the polls, Fianna Fáil will be in serious difficulty.