about an hour ago 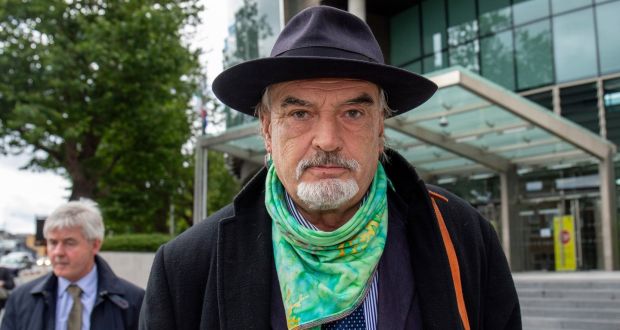 Journalist Ian Bailey has dismissed as false suggestions that his former partner Jules Thomas confided in another man that she had helped him destroy evidence following the murder of Sophie Toscan du Plantier.

Mr Bailey said he did not think gardaí would seek to interview him about or give any great credence to a new statement including the allegation made by a witness in the case. The 64-year-old has twice been arrested for questioning about the French woman’s death at her holiday home in Schull in west Cork in December 1996 but was never charged.

“This idea that Jules somehow confided in this man that she helped me wash bloodied clothing after the murder is ridiculous,” Mr Bailey told The Irish Times.

“It’s a false and malicious statement, more about Jules than about myself in actual fact, but there is absolutely no truth to it and Jules has also denied it ever happened.”

He added: “We have tried not to get drawn into this. The gardaí have not called to me and to be honest, I can’t imagine they are likely to. I’d be highly surprised if the gardaí gave this stuff any credibility. This man says this happened in 2001 but if it did, why did he wait 20 years to come forward?”

Ms Thomas, who separated from Mr Bailey earlier this year after a 30-year relationship, has also denied ever confiding in anyone about assisting Mr Bailey in disposing of or cleaning bloodied clothing following Ms Toscan du Plantier’s murder.

She told the Irish Daily Star on Wednesday that she had no recollection of ever speaking to the man. Attempts by The Irish Times on Thursday to contact Ms Thomas, who was also twice arrested by gardaí for questioning about the murder but never charged, were unsuccessful.Learn more

Mr Bailey was convicted in absentia of the murder of Ms Toscan du Plantier following a trial in Paris in 2019, but Ms Thomas has maintained her former partner is innocent.

It is understood that the witness, who knew Ms Toscan du Plantier and has made a number of statements to gardaí about her movements on the weekend she was killed, contacted a solicitor recently to swear an affidavit about what he claimed Ms Thomas had told him.

The solicitor is understood to have later contacted gardaí and an officer last Friday called to the man’s house in west Cork and spent about three hours taking a detailed statement from him about the matter.

During Mr Bailey’s trial in absentia at the Cour d’Assises in Paris in May 2019, a statement was read into evidence from witness Arianna Boarina, who told of seeing clothing soaking in the bath at Ms Thomas’s home at the Prairie in Schull when visiting there over Christmas 1996.

“While staying at Jules’s house during that time, I remember clothes being soaked in the bath. These were dark clothes but I cannot say what type of clothes these were except that they were dark… I cannot say at what stage of my stay that the clothes were taken from the bath.” Fred comments: documentaries they refer to “buckets”.

Gardaí have long been of the view that whoever killed Ms Toscan Plantier in the early hours of December 23rd, 1996, by beating her with a rock and then dropping a concrete block on her would have ended up with blood on the clothes, so extensive were the injuries she suffered.