Gerry Hutch once said that prison was his ‘college for criminals’. 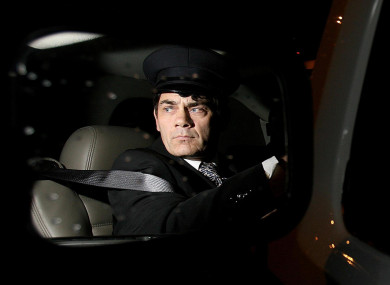 THE ARREST OF Gerry ‘The Monk’ Hutch in Spain is the latest chapter in a colourful life that has found him in the crosshairs of global law enforcement.

Hutch, 58, had vanished from Ireland in 2016, soon after the murder of his brother Eddie.

It was just days after a hit team dressed as gardaí and a man dressed as a woman, stormed a boxing weigh-in at the Regency Hotel.

Gardaí believe that the intended target that day was Daniel Kinahan and the suspicions of investigators are that it was organised by members of the Hutch organised crime group in revenge for the murder of The Monk’s nephew Gary Hutch.

They missed Kinahan that day, but killed David Byrne, a well known member of the Byrne Organised Crime Group, an affiliate of the Kinahan gang.

What followed was one of Ireland’s most murderous gangland feuds with at least 18 murders.

Since then gardaí in Ballymun have been investigating the incident. Patrick Hutch, a nephew of Gerry, stood trial in the Special Criminal Court but that case collapsed.

The detectives refocused their efforts and soon The Monk, who is said to be the leader of the group, was in the crosshairs.

The Director of Public Prosecutions gave a direction to charge him, and others, in connection with the Regency attack and gardaí applied earlier this year for a European Arrest Warrant. 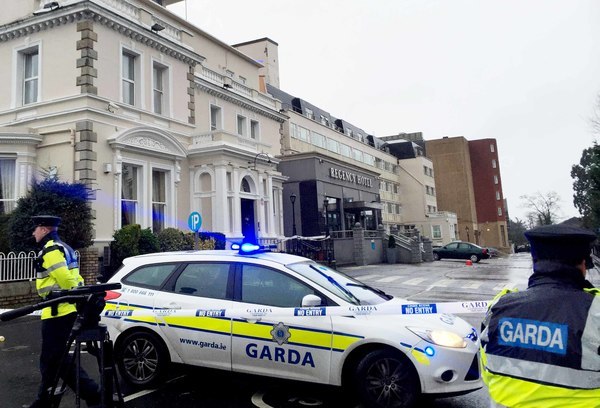 The scene of the Regency Hotel shooting in February, 2016.Source: Sasko Lazarov/Rolling News

To understand The Monk’s place in Irish gangland, and his steady rise to public prominence, there is a need to look back at his life.

In spite of being one of the most high-profile gangland figures in the country for decades he has never been convicted of serious offences and, until the start of the 2000s, had no known legal source of income.

Gerard Hutch was born in 1963, the youngest of a family of eight in the North Inner City – ultimately they settled in the Summerhill area.

His father, known as ‘Masher’ Hutch was a stevedore in the nearby Dublin docks and his mother Julia raised the children.

He lived what he has described himself as a poor background and would start his criminal career early as a member of an infamous teenage street gang known as the Bugsy Malones.

Their crimes were focused on handbag thefts, car break-ins and other acts of small time larceny.

His first prison sentence came at the age of 15 but he also spent time for other offences in industrial schools.

As he grew into adulthood his focus shifted to more high end robberies and burglaries.

Hutch was regarded as the organiser of the robbery of £1.7 million from a Securicor cash-in-transit van in Marino Mart in 1987.

It was the infamous 1995 Brinks Allied robbery at the company’s depot in Clonshaugh, in north Dublin, that brought him into the public spotlight.

During that raid a gang, using militaristic efficiency, entered the site with a makeshift bridge over a ditch and stole £3 million, arguably Ireland’s biggest robbery at that time.

Garda focus on Hutch began to ramp up following that raid but his efforts to avoid direct links to his alleged crimes had meant charges were unlikely.

The State started on a different tack and the fledgling Criminal Assets Bureau (CAB) started their work targeting his ill-gotten riches.

By 1997 the CAB brought a case to the High Court and were seeking a multimillion euro settlement against Hutch.

He was wealthy at this stage, buying a portfolio of property, including a large house in Clontarf.

In High Court evidence CAB claimed Hutch was the leader of a criminal gang and that they were responsible for cash robberies totaling more than £4 million. 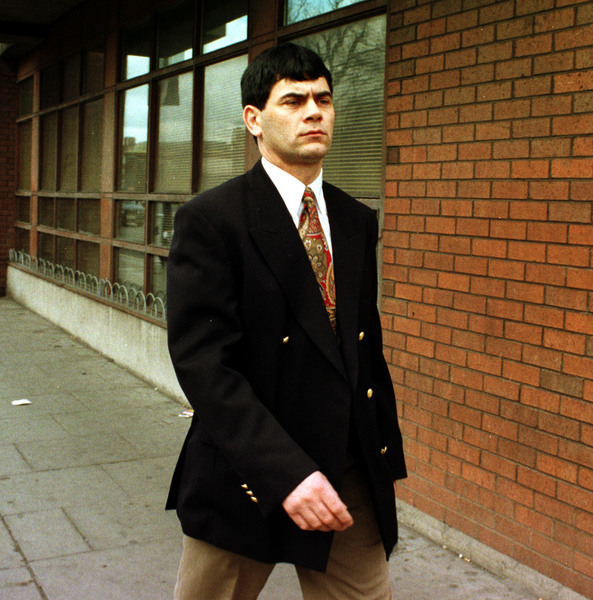 Hutch arriving at the High Court for the CAB case.Source: Rolling news

Hutch told the court that he had no money to pay up and that his legal fees would be covered by him selling properties.

CAB alleged he had invested much of the proceeds of his criminal activities in property and hid money under the names of associates in offshore accounts.

The Bureau tactic was to go after those accounts and the property portfolio and they followed the money that was leaving Ireland and ending up in banks abroad.

They followed the cash to Halifax International in St Helier in the tax haven of Jersey. The investigators found that a P. Fowler sent an envelope from the United Parcel Service (UPS) office in Glasnevin to the Channel Island financial institution.

They had also found property in Drury Street, Dublin – they said he had invested £130,000 in his wife’s name again in that project.

There were also four properties in Lower Buckingham Street in the names of various members of the Hutch family.

He pleaded in court that the money to buy those properties came from various settlements in personal injury accident claims.

His legal efforts fell to nothing ultimately and he was invited by the CAB to hand over cash. He met the Bureau’s senior officers and gave them money in a suitcase, sources have said.

The detectives took the wads of punts, pointed to the window, and Hutch watched as detectives placed the cash inside an armoured cash-in-transit van owned by Brinks Allied.

In the years after that he was involved in various new business ventures including opening a high-end luxury limousine service under the name Carry Any Body. 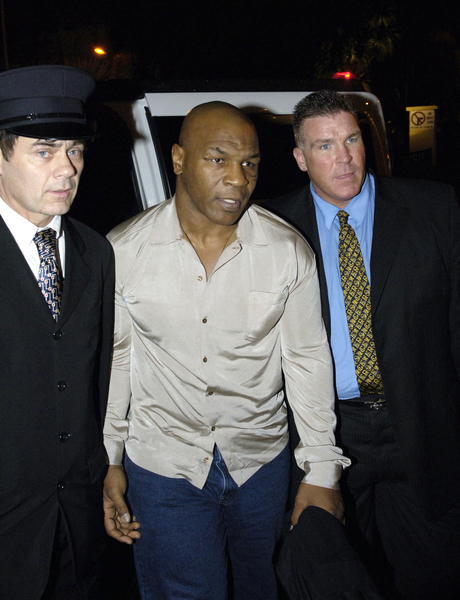 Hutch, as a limo driver, with boxer Mike Tyson and Joe Egan at an event in the Burlington in 2006.Source: Graham Hughes

He also, according to sources, maintained a property portfolio worth in excess of €12m including developments in Turkey, Spain and Florida.

Despite his protestations of being innocent of wrong doing and the reputation of living a monastic lifestyle, he could, over the years, have been accused of courting publicity.

In a 2008 RTE interview he spoke of his life and the reality of being one of Ireland’s most wanted criminal figures. He sold himself as a victim rather than the protagonist claiming that the CAB case was a tax settlement rather than anything involving the proceeds of crime.

He spoke confidently and assuredly, claiming that he was just a clever property speculator.

“I done a lot of business in property, it was a good time and that’s where I made me money.If people say armed robberies, so be it. I mean, I was questioned about these armed robberies . . . we’ll let them decide – the people.

He claimed that the only knowledge he had of the crimes he was accused of came from the newspaper articles about his alleged exploits.

“I’m beginning to believe I done it myself from reading it in the paper. When you read these things every week after week, there must be no smoke without fire.

As regards going to prison at 15 he tellingly said: “I’ll agree I done wrong but I think the severity of being put into Mountjoy Prison at that age, it was like going to college for criminals.”

In the community around Ballybough, in the North Inner City, this reporter has certainly witnessed those who have respect for Hutch.

He has involved himself in supporting a particular community project and is seen by some, despite his other reported activities, as something of a Robin Hood character.

Events associated with his nephew, Gary Hutch, and the Kinahans were the catalyst for a feud that has seen many of The Monk’s family lying dead. It has also claimed innocent lives of people in the wrong place at the wrong time. 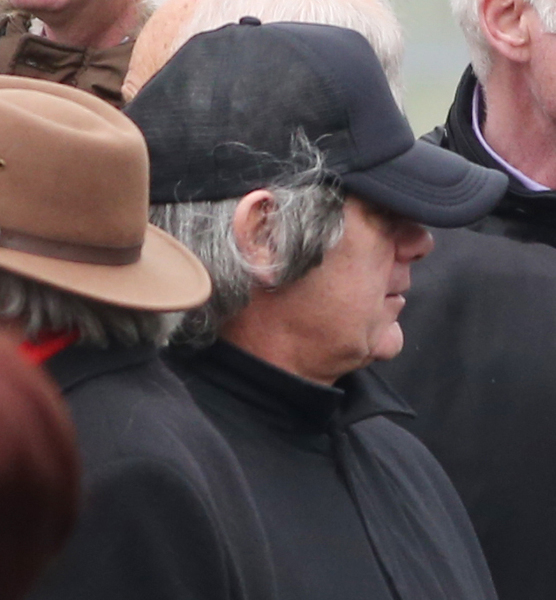 The last picture of Hutch at the funeral of his brother Eddie in 2016.Source: RollingNews.ie

Gary allegedly got into bed with the Kinahan crime gang using money from a tiger kidnapping to invest in a drugs shipment.

That investment never came to fruition and Gary sought to exact revenge in a botched shooting.

He signed his own death warrant and he was murdered by his one time pal James ‘Frizzy’ Quinn in Spain in September 2015. Quinn is now serving a 22-year sentence in a Spanish jail.

What followed was a lust for revenge and out of that Gerry Hutch and his associates allegedly organised the Regency Hotel attack.

The next chapter in his story could see The Monk battle extradition or coming home to face a trial in the Special Criminal Court.

Comments are closed for legal reasons.