Gerry Hutch was being sought by gardaí as part of their investigation in to the Regency Hotel attack. 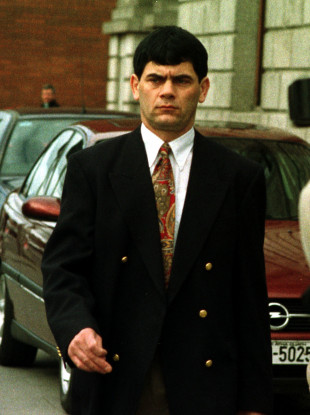 SPANISH POLICE HAVE arrested Gerry “The Monk” Hutch on foot of a European Arrest Warrant (EAW) in connection with the Regency Hotel shooting.

Gardaí had sought the EAW as part of their investigation into those who allegedly organised the incident at the Dublin hotel in which David Byrne was murdered in February, 2016.

Multiple sources have confirmed that Hutch was arrested in an operation by Guardia Civil. It is understood he was arrested by Spanish authorities in the Costa del Sol area.

Sources said Hutch, 58, had been in Spain as well as other locations as police forces closed in on him.

Gardaí have said that the Regency Attack was carried out by the Hutch Organised Crime Group in response to the murder of Gerard Hutch’s nephew Gary.

He was shot dead in Spain in September, 2015, and gardaí suspect that was ordered by people aligned to the Kinahan Organised Crime Group.

A garda spokesperson said: “Any enquiries in relation to an Irish citizen being arrested in Spain are currently a matter for the Spanish Authorities.

“An Garda Síochána cannot confirm the matter any further at this time.”