A year after Golfgate, what’s changed?

Everything and absolutely nothing. Last summer, we were on the crest of another wave of Covid-19. The pandemic that had ravaged our mental and physical health showed no signs of abating and we were warned it could be years before a vaccine became available.

Golfgate solidified for many what they had always thought, it’s “one rule for us, one rule for them”. Others felt let down and disappointed, that those they had entrusted to make the rules would follow them too.

It wasn’t the first time the great and the good of the Oireachtas failed to read the mood of the public, the Irish people have been to this particular race on a number of occasions.

Back in July 1981, the public was presented with what some described at the time as the “toughest” budget in the history of the state by the Fine Gael/Labour coalition government and by January 1982 it became evident the goodwill of the independents and the public, both of which were essential, were no longer available, as more cuts and taxes appeared on the horizon.

Raising the VAT on children’s shoes among other items were included in the budget, and when the first vote was taken on raising the price of beer, two independent TDs, Jim Kemmy and Sean Loftus, joined Fianna Fáil in the opposition lobby, resulting in the measure’s defeat by 82 votes to 81.

The government subsequently collapsed under the weight of public disdain over the measure, sending politicians back to the electorate for the third time in just over a year, with many of them paying for their poor judgement handsomely.

The water charges too represent the starkest modern example of the government, who are tasked with representing the public interest, had no interest in the public at all.

In 2014, it took about 13,000 people to shout loud enough that those who occupied Merrion Street could hear what the public was saying, and if they had been in any doubt, there’s nothing like an upcoming election to spark parties to put their ear to the ground. An election from which the Labour Party have still never recovered, while the water charges remain a stick used to beat them with. 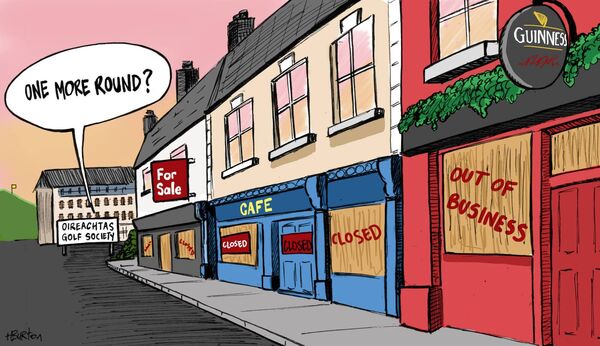 It’s not that Golfgate was the first political scandal or the first time the Government failed to monitor the mood of the public or even the first time a get-together had got up people’s noses, as those of us old enough to remember 2006 can still recall the infamous ‘Galway tent’.

Golfgate wasn’t the first, but it was the hurt that endured, and astonishingly, the Government hasn’t learned anything at all.

Those of us who watch the Cabinet closely, could sense a sheepishness when the Dáil returned early last summer. Keen to impress, trying not to frighten the horses, like the morning after you were acting the maggot and keep asking your significant other if they want a cup of tea the next day.

Just like the cups of tea, the contrition ran out and it was back down to business, telling the country what was good for them.

One would imagine that an easy win for the coalition would have been the long-awaited report into the horrors of the mother and baby homes and accompanying legislation to finally give adopted people the information they are owed.

What followed was fraught weeks of rows in the Dáil, TDs in tears speaking in the Chamber were beamed into every home in Ireland. Adopted people, survivors of institutions and all who loved them, begging the Government not to seal the records and give people what they were owed.

Government TDs rather, accused everyone from the opposition to the media for whipping up a frenzy and overexaggerating the issue – some even claimed there were other motives at play, before finally rewriting their plans, in order to allow those hurt by the State to know who they really are.

Children’s shoes again made an appearance in this government’s list of calamities, like a spectre from tin-eared government’s past.

In March, in the throes of our post-Christmas lockdown, the Taoiseach repeatedly stated that non-essential retail would not open until May at the earliest, despite growing calls for children’s shoes to be listed as essential.

Government by Liveline sprang back into action once again, and lo, despite the growing calls for months from parents, doctors and opposition, just one day after Micheál Martin firmly stated it was a no-go, his Minister for Health gave the green light. My kingdom for a new pair of junior Nike Air Max.

Others weren’t as lucky.

Pregnant people across Ireland have attended scans, heard bad news, good news, delivered and lost their babies, all on their own.

Calls from women, doctors and the opposition went unanswered for months. The cynical could argue if their plight was captured on a viral video on South William St, the Government might have taken more notice.

Partners stood outside windows and doors, treated as visitors for the most momentous days of their lives, someone to drive the car and carry the bag to the door of the hospital and wait for a call.

Such things could be considered peripheral issues, when they’re not happening to you, and the Government will argue this is a once-in-a-lifetime pandemic, they’re in a historic coalition and they’re learning as they go.

Until this month, when lightning struck twice.

A former minister in a Fine Gael-led Government was appointed to a plum job no one in the UN had ever heard of. The job was not publicly advertised, the Taoiseach was not informed and the public and all who questioned these actions were labeled as cynical. 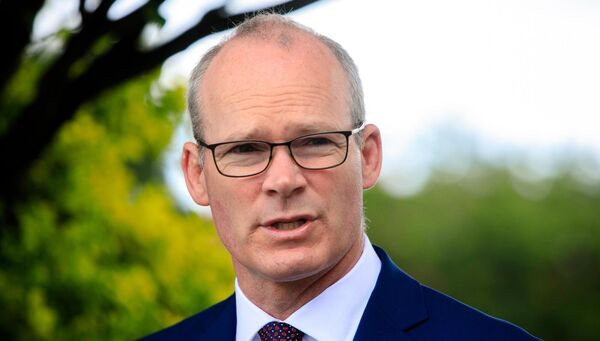 Simon Coveney, who appointed Katherine Zappone to her new role, even told a journalist “not to make a story” out of it, and this was after his Fine Gael colleague Emer Higgins said on live TV that: “This is a 13 or 15 grand role . . . I don’t think we want to make a huge mountain out of a molehill here either,” apparently unaware that “just” €13,000 is €2,000 less than the amount the State pays for those who care for a loved one for a year.

Not to be outdone by Fine Gael, the Taoiseach later lined up to assure us the appointment was done – “All in good faith and we move on”, with all the belief of a man who thought if he just said something loud enough it would come true.

The public was annoyed, sure, but we’d been annoyed before and it couldn’t get worse, could it?

And there it was, a second party. A 50-strong get-together in an up-market hotel where most of us could only dream of having a cup of tea, never mind a shindig.

While the public health officials told us to avoid crowds, our newly appointed something something to the UN had thrown a party for her former colleagues, and the Tánaiste had attended.

And if things couldn’t get worse, they told us that it was allowed, actually. 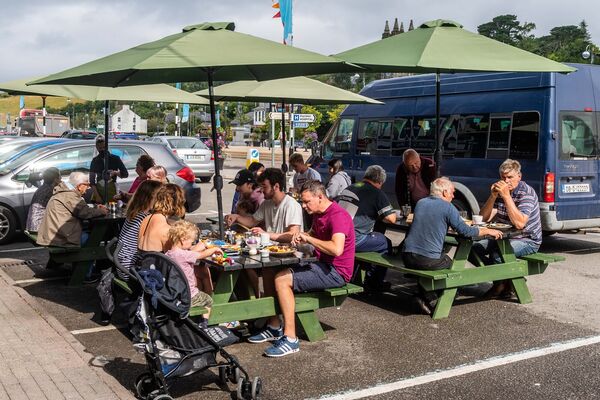 Pubs and restaurants across Ireland with ample outdoor seating were informed that they too could have taken bookings for outdoor parties for up to 200 people, but they didn’t think to tell us until the Tánaiste attended one.

They didn’t even think to tell Fáilte Ireland, which sets the rules for the pubs, hotels and restaurants, and their newly free-to-be-booked outdoor party spaces.

Almost a year to the day, we were back where we knew we’d end up.

A year of frustration, fury and flagging spirits. Three heads in Government and not one ear between them.One year in Government: Timeline Golfgate solidified for many what they had always thought, it’s ‘one rule for us, one rule for them’. Illustration: Harry BurtonForeign Affairs Minister Simon Coveney, who appointed Katherine Zappone to her new role, even told a journalist ‘not to make a story’ out of it. File picture: Gareth Chaney/CollinsPubs and restaurants across Ireland with ample outdoor seating were informed that they too could have taken bookings for outdoor parties for up to 200 people.