‘You have a murderer living here’: Son of Sophie Toscan du Plantier pleads for information

THE SON OF Sophie Toscan du Plantier has made a fresh appeal for information about her murder.

Pierre Louis Baudey-Vignaud, now 40, was just 15 years old when his mother was killed in West Cork in 1996.

Speaking on RTÉ’s Late Late Show last night, Baudey-Vignaud said: “It’s been 25 years, the truth has not arrived yet. We must end this story – for me, for my mother, for Irish people … You, the Irish people, have a murderer living in Ireland.”

Toscan du Plantier, a film producer, was beaten to death outside her holiday home in Toormore near Schull on 23 December 1996.

Baudey-Vignaud returns to West Cork with his own children every year. He told host Ryan Tubridy he believes people in Ireland have information that could help gardaí bring his mother’s killer to justice.

Baudey-Vignaud also defended the decision of the French justice system to convict Ian Bailey of her murder in absentia and urged the Director of Public Prosecutions to reconsider the decision not to charge Bailey.

“It’s extraordinary but when I am in West Cork, in my mother’s house, all the people I meet are very clear, it’s very clear for them – it’s a very small community and it’s not easy to say but now it’s been 25 years but this land, this very little part of Ireland must find peace again,” he stated.

“I know there are people out there with information,” he added.

“Please, for you, for me, for my mother, for the justice, for all the women in this country, please call me, please email me.”

As the 25th anniversary of Toscan du Plantier’s death approaches, documentaries by Jim Sheridan and Netflix have placed a renewed focus on the killing.

The French justice system convicted Bailey (64) in his absence in Paris in May 2019 and sentenced him to 25 years in prison, despite the fact Ireland has refused to extradite him to France. 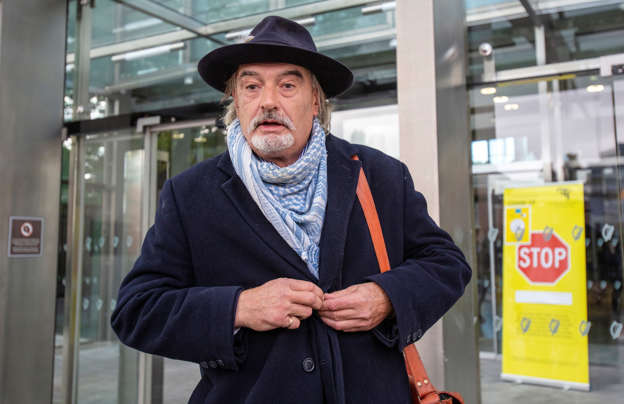 “The French court said two years ago that Ian Bailey is guilty – the French investigation was of more than 10 year’s duration,” Baudey-Vignaud said, adding that the team had worked with gardaí.

Bailey has denied any involvement in the murder.

Recalling the night he found out about his mother’s death, Baudey-Vignaud said he was in his grandparent’s house. He said his father arrived in the middle of the night, woke him up and told him the news.

He told Tubridy this was his “last evening of childhood”. “[My father] woke me up and held me in his arms. Very odd, too odd. He was crying and he told me that we will never be the same … and so my life turned upside down, my mother was found dead.”

Comments are closed for legal reasons