One man’s drive and passion can bring an organisation a long way. Anthony Flynn set up Inner City Helping Homeless (ICHH) in 2013 due to the distress he felt at the sight of rough sleepers as he went home after work in Dublin’s north inner city. He began by giving out sandwiches and sleeping bags. Pretty soon, other volunteers came on board. Donations then began to flow in. This was at a time when the rough sleeper element of the housing and homeless crisis was the main focus of political and media attention.

Flynn’s drive saw the ICHH rent premises in Amiens St and purchase vans to distribute assistance to food and sleeping material. The organisation mushroomed and Flynn became a constant voice on the media for those at the margins.

In December 2014, a 43-year-old man, Jonathan Corrie, died on the street within yards of the gates of Leinster House. The circumstances that led him to such a lonely demise were complicated, but he was seen as the embodiment of the crisis. In such a milieu, a grassroots organisation like ICHH was held up as an example of how concerned people acted while the state retreated from providing proper services.

Anthony Flynn didn’t hold back with his criticism of those he blamed for aspects of the crisis, particularly employees of local authority or State bodies. In 2019, he was elected as an independent member of Dublin City Council on the back of his advocacy work. That year, the last for which ICHH filed accounts, the charity recorded income of €466,293. Turnover for the year was “made up entirely of donations”, according to the accounts. An estimated 200 volunteers gave their time to the agency, which also had a small complement of full-time staff.

Major plans in hand this summer

By June of this year, the Irish Examiner understands, plans were at an advanced stage to buy a substantial premises in which to house an extensive daycare service for clients. The plan was to have a GP on site, along with nurses and social services staff. There was to be a café and laundry facilities also. Daycare services are provided by some organisations such as the Alice Leahy Trust, but the scale of this proposal was going to make it the first of its kind in this country. It would also have provided the organisation with a major base from which to expand further, and would have elevated its importance in the provision of services.

And then, everything fell apart

Everything fell apart in a matter of weeks from late July. Two allegations of sexual impropriety against Anthony Flynn surfaced. These were alleged to have occurred last May. One of the individuals was a client of ICHH. Mr Flynn was not forthcoming when the matter first came to the attention of the agency’s board. Neither did he admit that he had been spoken to by the gardaí.

When the board got possession of the full facts, the chair, David Hall, suspended Mr Flynn. Within a week, on August 18, Mr Flynn’s body was found at his home in the north inner city. He had taken his own life.

Since then, two other allegations of a similar nature, dating from last year, have surfaced. An Garda Síochána is not thus far examining the latter allegations, and it is unclear to what extent the investigation in the matter will be expanded in light of Mr Flynn’s death. A spokesperson for An Garda Síochána said a file would be completed.https://5626385e8189c5d7cea3f90b988e2986.safeframe.googlesyndication.com/safeframe/1-0-38/html/container.html

David Hall resigned as chair of ICHH in light of threats to his safety over the issue. Other board members are reported to have also resigned. Independent councillor Christy Burke, who had chaired the agency until 2019 when Mr Hall took over, has now stepped back in as interim chair. Attempts to contact Mr Burke this week were unsuccessful. Before Mr Hall stepped down, the board commissioned a senior counsel to prepare a report on the whole affair. It is unclear whether this report will be published. Separately, the charity regulator is looking into ICHH to determine whether a full investigation is warranted.

Little more than a month on from the onset of these events, a number of lives have been shattered. Mr Flynn is dead, leaving a bereaved family, who have lots of questions. Some supporters of Mr Flynn are understood to be angry at how the matter was handled in ICHH, although the facts all point to David Hall having acted with complete propriety and appropriate sensitivity for all concerned. 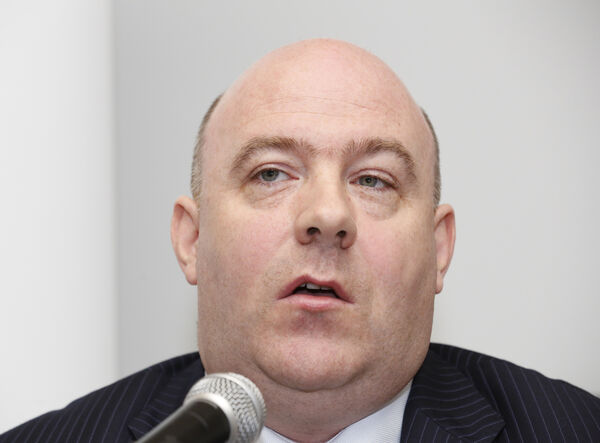 Despite the facts all pointing to David Hall as having acted with complete propriety and sensitivity amid the controversy, he has resigned as chair of ICHH in light of threats to his safety. File Picture: Sasko Lazarov/RollingNews

Mr Hall, who has experience with a number of charities and non-governmental organisations, has had to deal with threats to his personal safety. The staff employed at ICHH face a precarious future.

Concern for the people who made the allegations

The plight of the individuals who made allegations has to be concerning, particularly, as seem likely, if they could be categorised as vulnerable. And then there are the people living on the streets, who had come to rely on ICHH for basic assistance in getting through the day.

Inner City Helping Homeless was set up with the best of intentions and grew exponentially, driven by Mr Flynn and fuelled on societal anger and sympathy around the most visible aspect of the housing crisis. Mr Flynn, who was in his 20s when he started it up, was in a largely unassailable position.   Questions arise as to whether that was prudent and appropriate, particularly in light of how things unfolded. https://5626385e8189c5d7cea3f90b988e2986.safeframe.googlesyndication.com/safeframe/1-0-38/html/container.html

Questions over governance and vetting of volunteers

In the bigger picture, ICHH was the biggest of a whole raft of ad hoc organisations that set up over the last few years in response to what was perceived as a shortage of basic services for rough sleepers. These organisations are well-intentioned — but there are few governing structures for their activities. For instance, volunteers who work with rough sleepers don’t have garda vetting.

A spokesperson for An Garda Síochána said that the provision of homeless services is not specifically identified as “relevant work or activity” under the National Vetting Bureau acts.

We must sit up and take notice

“This being the case, it is not mandatory that all staff working in homeless services are required to be vetted,” the spokesperson said. As a result, anybody can set up an organisation to interact with rough sleepers, many of whom are likely to have mental health, addiction, or psychological issues, apart from general alienation from society.

One lesson that has to be learned from the tragic and disturbing events of the last month is that things are way too loose in this sector. The legislature, local government, and the charity regulator, all need to sit up and take notice.