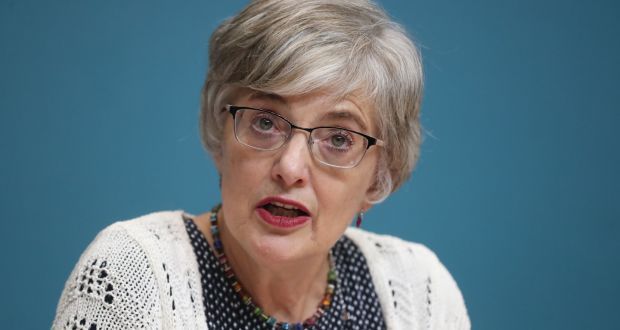 Fine Gael’s Co Meath think-in this week is likely to be overshadowed by the controversy over the Minister for Foreign Affair’s handling of the appointment of Katherne Zappone as special UN envoy. Photograph: Niall Carson/PA

Fianna Fáil “rebel” TDs are set to vote with the Government in an upcoming vote of confidence in Simon Coveney, preferring to stay inside the parliamentary party so they can partake in any confidence vote on the Taoiseach’s leadership.

Party sources indicated those considered to be in favour of a leadership change were likely to back Mr Coveney as losing the whip would place them outside the parliamentary party for six months and without a vote in any motion of confidence in Micheál Martin should one be called during that time.

“There’ll be a strong campaign by the rebels to stop people going overboard. We’re six months [without the whip], and if you lose the whip you can’t vote no confidence [in Martin],” one source said.

While Mr Coveney is expected to survive the challenge, both Fine Gael and Fianna Fáil are grappling with the political fallout . Fine Gael’s Co Meath think-in this week is likely to be overshadowed by the controversy over the Minister for Foreign Affair’s handling of the appointment of Katherne Zappone as special UN envoy.

Carlow-Kilkenny TD John McGuinness confirmed that he would be out of the country due to family commitments. He said he had told the whip of his arrangements prior to the think-in and before a motion in Mr Coveney had been mentioned.

Jackie Cahill, a Tipperary TD and a critic of Mr Martin’s, indicated on Sunday that he would vote with the Government’s anticipated confidence motion in Mr Coveney. It is likely to be tabled in response to a no-confidence motion from Sinn Féin when the Dáil resumes this week after summer recess.

Dublin South West TD John Lahart said there was “no chance of any overboards” unless something “startling or damaging” emerged before the vote.

He said he would be voting with the Government, as did former minister for Defence Willie O’Dea.

The Limerick City TD, however, strongly criticised the appointment and Mr Coveney. “I’ll vote for him reluctantly even though I don’t like what he did, which was shameless cronyism,” he said.