James Lawless described the controversy as a “Fine Gael mess” and insisted: “There’s not a single Fianna Fail-er near this.” 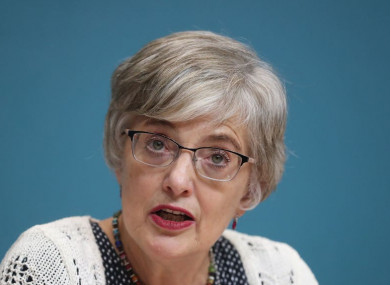 A MEMBER OF the committee set to question Foreign Affairs Minister Simon Coveney on the Katherine Zappone controversy has said the Taoiseach needs to “stamp his authority” on the Cabinet.

James Lawless, a Kildare TD and member of the Oireachtas Committee on Foreign Affairs and Defence, said on Sunday that his party leader, Micheál Martin, must put an end to the ongoing row over the appointment of Zappone to a UN special envoy role.

“I think the Taoiseach does need to stamp his authority on this,” he said.

Speaking to Newstalk’s On The Record with Gavan Reilly, Lawless described the controversy as a “Fine Gael mess” and insisted: “There’s not a single Fianna Fail-er near this.”

However, he acknowledged it is a problem for the entire Government. “It’s really unedifying and the Taoiseach needs to nip it in the bud right now.”

Lawless is the latest Fianna Fáil TD to express concern over how the party leader is handling the controversy.

Earlier this week, former minister Barry Cowen, who was sacked from the Government over a historic drink-driving offence, suggested that preferential treatment is being given to Fine Gael Cabinet ministers – a perception he said is causing frustration in party ranks.

Lawless said he will be asking Coveney about his admission that he had deleted text messages and his explanation that his phone had been hacked in 2020.

He also said the affair raises concerns about the wider Government attitude to cyber security and freedom of information.

The Government remains under pressure over the controversy surrounding the abandoned appointment of Zappone as UN special envoy on freedom of expression and the subsequent fallout over an event at the Merrion Hotel in Dublin.

The former children’s minister stepped back from the position after a storm arose around the manner of her appointment to the role.

Speaking in Cork, the Taoiseach said he expects Coveney’s appearance before the committee on Tuesday will provide “clarity”.

Opposition parties have been highly critical of the Government over the issue, with Sinn Féin calling on the Department of Foreign Affairs to publish all documents related to Zappone’s appointment.