Drew Harris’s concerns are numerous, and chief among them are proposed Gsoc powers 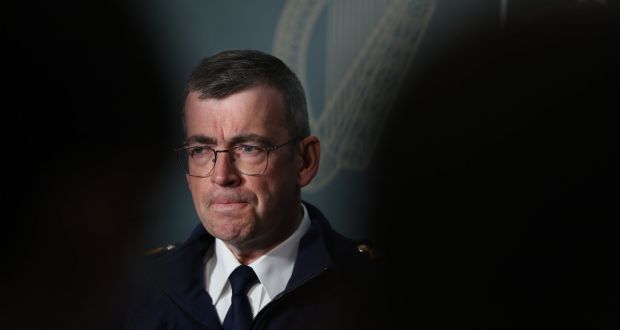 Garda Commissioner Drew Harris: proposed powers for Gsoc were ‘disproportionate’ to the ‘actual threat of corruption and misconduct’ within the Garda. Photograph: Nick Bradshaw

Plans to put more powers into the hands of the Garda Síochána Ombudsman Commission (Gsoc) to investigate Garda members now look set to become a new battleground in Irish policing after Garda Commissioner Drew Harris has so forcefully objected to the proposals.

He was invited to make a submission to the joint Oireachtas Committee on Justice as part of the committee’s pre-legislative scrutiny of the new Policing, Security and Community Safety Bill. That legislation is aimed at overhauling policing and Garda oversight agencies.

He says the new provisions “fail” to overhaul the system for dealing with complaints against Garda members. Absent, he says, is any independent oversight of the “effectiveness and timeliness” of Gsoc’s investigations into Garda members.

He added that, under the new plans, Garda members would not be entitled to be informed if they were being investigated or not. In the event of an inquiry, they would be given no timescale and no information about the nature of the investigation, including whether it was a misconduct allegation or a criminal matter.

Investigations into Garda members could “literally run for years”, he said, which would create “stress and anxiety” for those under investigation. This was a “flagrant disregard to the established principles of fair procedure”.

Mr Harris also said there was an absence of judicial oversight “or indeed any operational scrutiny” of Gsoc when its personnel wanted to search a Garda premises, for example. He also believes it is wrong that what he calls “disproportionate” powers to be given to Gsoc will now apply during investigations into civilian staff working for the Garda, rather than only sworn officers who hold policing powers.

The powers and procedures being granted to Gsoc to investigate all Garda members were so “draconian”, he said, it was “all but certain” they would be legally challenged. The courts, he believed, would find the investigative process had “transgressed the very foundational principles of constitutional fairness

Those are stinging comments by a Garda commissioner about a piece of Government legislation, especially so when the new law stems from the proposals of the Commission on the Future of Policing in Ireland. Mr Harris was appointed to implement those proposals.

Mr Harris’s submission also says the reforms now planned for Gsoc investigations took no account of recent developments, including the establishment of the Garda Anti-Corruption Bureau.

The new “overly punitive” system of Gsoc investigations was “not only unfair” but was also “unlikely to be effective”, he claimed. It would not build a “positive working culture” or “improved policing service”. The proposed powers were also “disproportionate” to the “actual threat of corruption and misconduct” within the Garda, he said. It would lead to everyday leadership responsibility for tackling “unacceptable behaviour” within the Garda being passed to what he described as a “remote entity” – Gsoc.