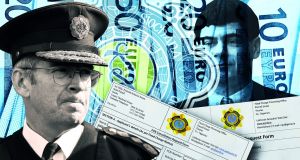 Garda Commissioner Drew Harris has made fighting corruption and malpractice a pillar of his tenure. Image: Paul Scott

Earlier this year during a seminar on organised crime, Irish investigative journalist Donal MacIntyre made a startling assertion.

Gangs are encouraging young people to join police forces and go “deep cover”, he said, until they are senior officers and in a position to pass on valuable information to criminals.