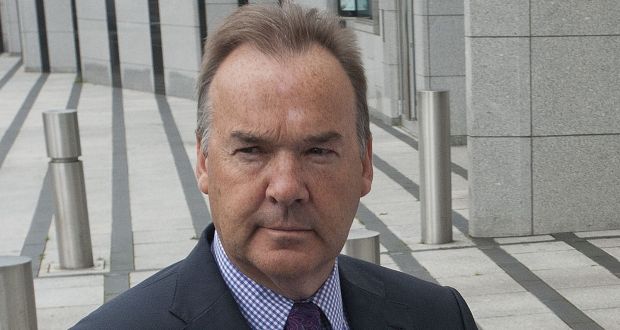 The Garda Síochána Ombudsman Commission opened an investigation into the death of Det Supt Colm Fox shortly after his death in 2018. File photograph: Dave Meehan

The widow of Colm Fox, the garda who led the investigation into the Regency Hotel attack, is suing the State over the circumstances relating to her late husband’s death, according to court documents.

Det Supt Fox took his own life with a Garda firearm in 2018 during the trial of Patrick Hutch who was accused of the murder of David Byrne at the hotel in 2016. The attack, during which heavily armed men dressed as gardaí stormed a boxing event, marked a major escalation in the gang feud between the Kinahan and Hutch organised crime groups.

The trial of Mr Hutch collapsed shortly after Det Supt Fox’s death. The prosecution told the court “it was not in a position to lead evidence on a number of evidential topics” due to the garda’s death.

The trial at the Special Criminal Court had previously been in lengthy legal argument over issues related to the evidence against the accused, specifically the manner in which Mr Hutch was identified as a suspect in the case from newspaper photographs.

All charges against Mr Hutch were later dropped.

Last Monday, Det Supt Fox’s widow, Edel Fox, lodged a legal action with the High Court against the Garda Commissioner, Drew Harris, the Department of Justice, the Attorney General and the State. She is being represented by Fahy Bambury Solicitors.

The exact details of the claim are not known but it is understood it relates to the circumstances immediately prior to Det Supt Fox’s death.

The respected garda was found dead in Ballymun Garda station in Dublin on February 10th beside his official handgun. He had left a number of notes to colleagues and it is understood he had expressed concern about his workload and the progress of the Regency case in the period before his death.

The Garda Síochána Ombudsman Commission opened an investigation into the death of Det Supt Fox shortly after his death and appealed for other agencies to co-operate with its inquiries.

Then minister for justice Charlie Flanagan also asked Mr Harris to initiate a review of the collapse of the Patrick Hutch trial to “ascertain what lessons could be learned”.

The deceased garda had been detective superintendent for the Dublin North Region and was heavily involved in combating the fallout from the Hutch-Kinahan feud which has claimed 18 lives to date. He was also a sports coach and a scout leader.