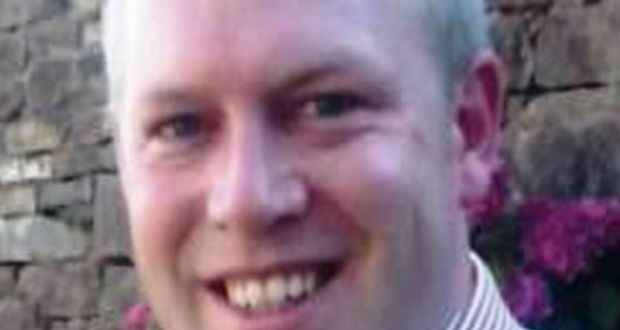 Garda Pulse records and intelligence briefings failed to mention Adrian Crevan Mackin may have had access to firearms before he murdered Garda Tony Golden, despite his previous admission that he possessed guns.

The finding is contained in a report by the Garda Ombudsman Commission (Gsoc) which also found Mackin breached his bail conditions 10 times before the shooting but was not rearrested.

Gda Golden, an unarmed, uniformed officer, was killed on October 11th, 2015 when he accompanied Mackin’s partner Siobhán Phillips to the house they shared in Omeath, Co Louth, so she could pick up her belongings. Ms Phillips had been the subject of severe domestic violence by Mackin and had sought Garda protection.

He was on bail at the time of the shooting, having admitted to possession of two handguns and bomb-making components 10 months previously.

The case against him was the result of a Garda investigation into suspicions that Mackin was importing weapons parts from the US for assembly in Ireland, which he would then sell to subversives or criminal gangs.

Gardaí considered Mackin to be “high risk” and used the elite Emergency Response Unit (ERU) when initially searching his property due to the likelihood of the presence of firearms or explosives.

However, after the search operation there was no reference to his potential access to firearms, either on Pulse or in the Special Detective Unit’s “criminal intelligence bulletin” on Mackin, which was sent to officers in Dundalk.

The bulletin detailed Mackin’s bail conditions and said he was arrested in relation to possession of explosives and unlawful membership of the IRA. But it did not mention firearms, according to the Gsoc report which has been seen by The Irish Times and was first reported by RTÉ’s Today with Claire Byrne.

The interim report was sent to the Phillips family in 2019. Gsoc’s final report is still awaited.

The report detailed how Mackin was initially remanded in custody by the Special Criminal Court pending trial but that he was released after two weeks on strict bail conditions.

It said he failed to sign on at Dundalk Garda station as required on four separate occasions. This fact was also not recorded on Pulse.

In June 2015 Mackin applied to have his bail terms relaxed so he only had to sign on three times per week. The court was not told of his previous failures to sign on and it granted his application.

This fact was also not recorded on Pulse and there is no record that gardaí in Dundalk were aware of it, Gsoc said.

Between June and October 2015 he failed to sign on another six times. He appeared before the Special Criminal Court again on October 6th, four days before the shooting. Again the court was not told of the bail breaches and they were not recorded on Pulse.

Gsoc said it is continuing to investigate whether Mackin was ever the subject of an arrest warrant as a result of these bail breaches.

Gsoc said it is clear the issue of signing-on procedures go “well beyond” the Mackin case and noted there is no one single procedure document instructing gardaí on the matter.

The report also addressed allegations, made by the Phillips family, that Mackin was a Garda informer and that this resulted in him being protected by gardaí.

It said it found no evidence that the Garda made a request to the DPP that Mackin not be charged with more serious offences. However, it added it is still investigating whether the DPP was given all relevant information.

It also said Mackin’s €5,000 bail surety was not unusually low and not “an indicator in itself of anything suspicious”.