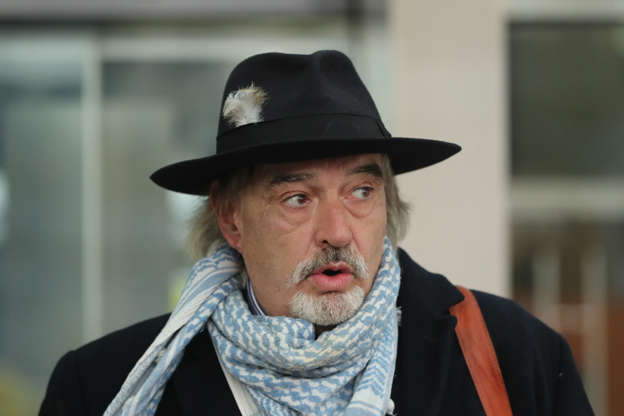 A woman who previously claimed to have married the ghost of a pirate has sent a petition with almost 30,000 signatures seeking ‘Justice for Ian Bailey’ to the Garda Commissioner.

Drogheda native Amanda Large set up an online campaign in support of Mr Bailey, as she believes he is innocent of any involvement in the murder of Sophie Toscan du Plantier.

Her ‘Justice for Ian’ petition garnered 29,790 signatures — and last week she sent it to Commissioner Drew Harris, as well to the Taoiseach and Tánaiste.

Ms Large, who lives in Belfast, once made worldwide headlines when she claimed she had married the ghost of a 300-year-old pirate.

Speaking this weekend, she said she married the pirate, with whom she says she was in a sexual relationship, as a “publicity stunt”.

“The marriage was a publicity stunt and whether the marriage is recognised is a grey area. I gave up spiritual work, I think it’s dangerous. I’m now in a relationship with a man.”

Ms Large became interested in the Sophie Toscan du Plantier case during lockdown and later reached out to Ian Bailey via Facebook.

“The petition is asking for a reinvestigation — to go back to the beginning, not just examine new evidence that is coming in after the documentaries.

“I believe in his innocence. Ian Bailey may not be the most likeable person. He is someone with a conviction for domestic abuse and drug-driving, which I do not condone. But those things don’t make him guilty of murder.”

Ms Large has yet to meet the journalist-turned-poet, but says they are “acquaintances” and have spoken on the phone and had video calls on a number of occasions.

Her petition was initially called ‘Justice for Sophie and Ian Bailey’ — but she removed the mention of the French film-maker after becoming aware that her family did not wish to be associated with her campaign.

“My own family were also getting trolled and threatened by people who were anti-Ian Bailey. My 80-year-old father was getting threatening phone calls. So I removed Sophie’s name,” Ms Large said.

Bailey (64) has repeatedly denied any involvement in the 1996 murder. The DPP has twice ruled he should not face charges over the film-maker’s killing. The mother-of-one’s battered body was discovered in a laneway near her holiday home in the townland of Drinane outside Schull, Co Cork, on December 23, 1996.

Though never charged in Ireland, Mr Bailey was tried and convicted of murder in absentia in a Paris court in 2019. Last year, the Irish courts rejected a third attempt by the French authorities to extradite him over the death.