TWO MAJOR GAS-FIRED electricity power stations — one in Dublin and one in Cork — unexpectedly disconnected from the national grid within five seconds of each other late on Monday evening, resulting in the loss of 820 megawatts of power.

This was the equivalent of 20% of the total national demand for electricity at that time.

EirGrid confirmed the incident, which happened after 9pm on Monday, in a statement to The Journal this afternoon.

The national grid operator said Dublin Bay Power — operated by ESB — in the capital and Whitegate — operated by Bord Gáis — in Cork both ‘tripped’ late on Monday evening, causing the loss of 820 megawatts of electricity generation. Whitegate was only due to return to full commercial service this month after being taken offline for much of the last year for maintenance work. It’s not clear whether it was at full capacity when the trip occurred.

‘Trips’ happen when an electricity generator suddenly disconnects from the grid, which can happen for a variety of reasons, ranging from minor to major faults.

A spokesperson for EirGrid said the grid operator is not sure what caused the tripping of either station, however.

ESB confirmed that a fault occurred at Dublin Bay Power on Monday evening shortly after 9pm. “The station returned to full service just over one hour later. We are currently investigating to confirm the cause of this fault,” it said in a statement.

The Journal has also approached Bord Gáis for comment. 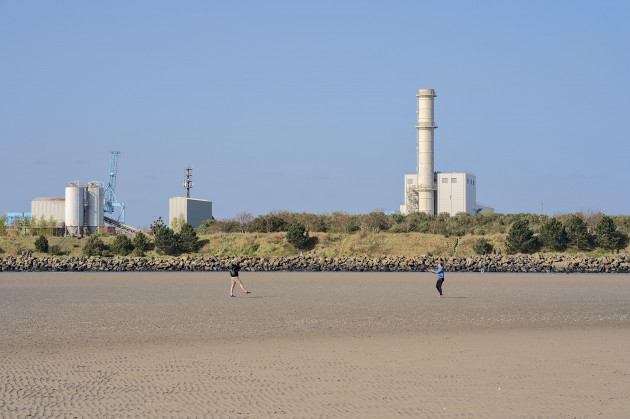 The Single Electricity Market Operator (SEMO) — a joint venture between EirGrid and the Northern Ireland grid operator SONI — has, so far, issued seven System Alerts or so-called ‘amber alerts’ this year. These alerts are put in place to indicate that the balance between demand for electricity and supply is particularly tight.

In these situations, the grid is most vulnerable to system faults, which can ultimately lead to blackouts.

Monday’s event could have, in theory, led to an amber alert only for the fact that it happened late in the evening when demand for electricity is lower than it is during the day.

“A System Alert (amber) is issued when it is apparent that the balance between the supply and demand for electricity will be tighter than we would like,” the EirGrid spokesperson said. It is an alert and allows us to take preventative measures to address the situation which may yet be some hours away. Monday night’s incident was an unexpected, instantaneous event. The loss of this generation late into the evening meant system margins were not impacted after the loss of these two units to the degree that a System Alert was required to be issued.

“While simultaneous events like this can happen on power systems, they are exceptional,” the spokesperson told The Journal. #Open journalism No news is bad news Support The Journal

“It did not result in loss of electricity supply to any customers because the power system held up very well for this exceptional event.”

Key to that, the spokesperson said, were the contingency measures that individual energy companies have put in place in recent years including battery power storage and demand-response technology. The latter allows EirGrid to communicate with certain customers and ask them to reduce their electricity consumption temporarily to alleviate pressure on the grid.

These contingency measures kicked in automatically on Monday, which meant that no customers lost power during the incident, the spokesperson said.

Though it is not known what caused the two stations to trip, concerns have been raised in recent months about the possibility of blackouts this winter due to shortfalls in the supply of electricity.

Supply has been relatively tight this year due to a number of factors, including the temporary closure of Whitegate and also Huntstown in Dublin, which is owned and operated by Energia.

“It is unrelated to the ongoing security of supply situation and other measures have been taken based on what happened here.”