Those who are certain of themselves tend to avoid these actions.

Read when you’ve got time to spare. 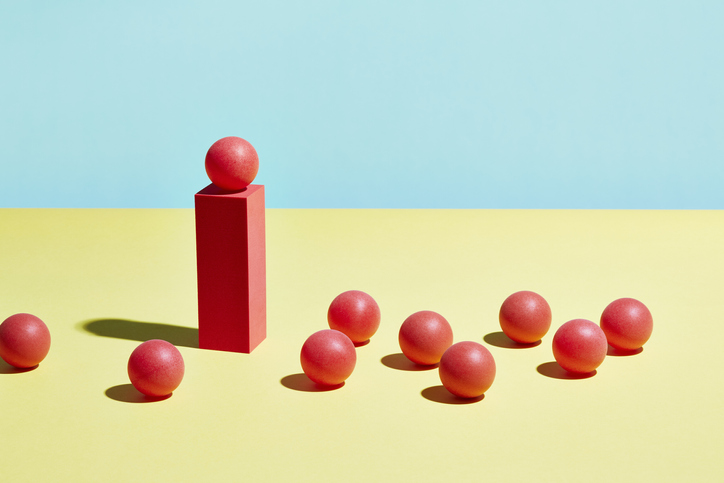 An organization is never more confident than its leader, which accentuates the importance for leaders to display unswerving confidence in themselves, their vision, their strategy, and their people. Leading with confidence involves important nuances like avoiding the opposite (leading from a place of fear) and learning how to handle criticism. It also involves knowing not only what traits to project but what behaviors to avoid.

Having seen a multitude of leaders over a 30-plus-year career, from über-confident to the point of arrogance down to timid and unsure, I’ve developed an eye for what constitutes highly (but not unjustifiably) confident leaders and the behavioral traps they avoid. Here are the 14 behaviors the self-assured self-select out of.

1. They don’t seek attention and praise.

In fact, super confident people seek opportunities to celebrate the success of others. And I’ve learned the more praise you give away, the more comes back to you.

2. They refuse to make excuses.

Excuses are an attempt to dodge accountability and blame. Confident people embrace accountability and don’t worry about being blamed. They own their mistakes and command respect accordingly. They don’t hide behind circumstances or lack of resources to justify not accomplishing something.

Defensiveness is just another form of blame-dodging–even worse than the above because it often involves not just avoiding blame but redirecting and projecting it onto someone else. Confident people are open-minded about their mistakes and what they could have done better, thus avoiding the need to redirect anything to anyone.

Conflict brings, well, conflict, and the self-assured are sure-handed in dealing with tension. They even look forward to it, viewing it as a mechanism to quickly get past differences and disagreements to move toward resolution.

5. They don’t hide behind indecision.

Choosing not to decide is still a choice, a corrosive one. Indecision is often born from insecurity, a fear of making the wrong decision and looking bad. Highly confident people don’t worry about who’s right–they worry about what’s right. And if they decide incorrectly, so be it. Onward. Upward. Live and learn.

6. They’re not downtrodden by feedback.

In fact, highly confident leaders seek it out. They view it as a true gift; the fact that someone is investing the time to help them learn and grow is genuinely appreciated. They know they’re far from perfect and embrace the journey of becoming a better version of themselves.

7. They don’t feel they’re in competition with others.

They focus on becoming better than they were yesterday and don’t get sucked into comparing themselves with anyone else. They welcome competition when it presents itself, but view it as an opportunity to push themselves and improve, not as a chance to establish dominance.

8. They’re not afraid to take a stand.

Taking a stand by definition means you’ll stand out, which isn’t for everyone. But it is for the highly confident, who know that authenticity trumps approval. They want results, not reassurance. If their stand invites dissent, so be it and we’re all better for it, say the self-assured.

9. They don’t shy from failure and setbacks.

Highly confident leaders view adversity as what creates success, not what prevents success. The most confident leader I ever worked for felt she was failing if she didn’t fail. She had enough belief in herself to know she was bigger than any mistake she made.

10. They don’t pummel themselves with negative self-talk.

The self-assured don’t obsess over whether they’re good enough. They know they’re good. And that’s enough. They don’t feel the need to be perfect and beat themselves up when they fall short of perfection. They adopt an acceptance and recovery mindset when they don’t succeed.

When negative people project their unhelpful vibe into the universe, it’s often a cover up. They don’t feel good about themselves or something in their life and so want to project that sentiment elsewhere. Confident people aren’t having it, because they don’t need to build themselves up by tearing other people or things down.

12. They don’t talk only about themselves.

Does anything smack more of insecurity than when someone feels compelled to make it all about themselves all the time?

13. They don’t do the easy thing by doing everything.

They don’t worry about covering their bases or asses. They focus on what matters and are happy to take criticism for de-prioritizing the rest.

14. They don’t require permission to act.

They know that homebuilders need permission to act, but business builders don’t. They’re not disrespectful of authority. Rather, they’re respectful yet autonomous.

So tear down these behaviors to build up the self-confidence you exude.

Scott Mautz is the author of Find The Fire: Ignite Your Inspiration and Make Work Exciting Again. He’s also an award-winning keynote speaker and a seasoned Procter & Gamble veteran who successfully ran several of the company’s largest multibillion-dollar businesses. He’s the CEO of Profound Performance, an online entrepreneur, and an adjunct professor at Indiana University. Scott writes and speaks passionately on how to work, lead, and live fulfilled. Learn more about him and subscribe to a high-value stream of free content at his website.

How was it? Save stories you love and never lose them.

This post originally appeared on Inc. and was published December 8, 2019. This article is republished here with permission.

Did you enjoy this story?Get Inc.’s daily newsletter

Pocket is part of the Mozilla family of products.© 2021 Read It Later, Inc.Privacy policyTerms of serviceLanguageFollow Pocket