about 22 hours ago Updated: about 21 hours ago 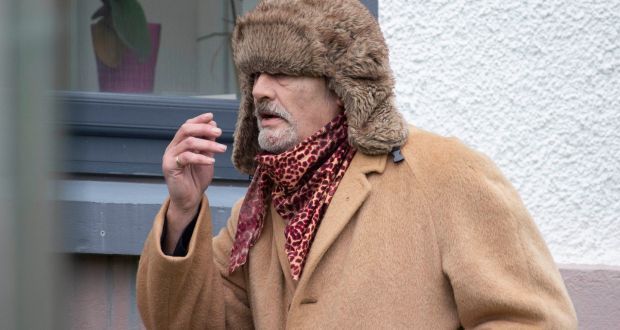 Ian Bailey discussed being seen near the Sophie Toscan du Plantier murder scene on the night of the woman’s killing and did not deny the sighting when talking with some people a few weeks later, according to a witness.

The Irish Times has learned that witness Yvonne Ungerer told gardaí she called to Mr Bailey’s home at the Prairie in Schull which he shared with his then partner, Jules Thomas in late March 1997. She said he began talking about the murder of Ms Toscan du Plantier which she said was usual for him at the time.

Mr Bailey is the prime suspect in the Sophie Toscan du Plantier case but he has repeatedly denied any part in the murder. Ms Toscan du Plantier’s badly beaten body was found at the entrance to her holiday home in Toormore, west Cork, on the morning of December 23rd, 1996.

Ms Ungerer told gardaí that at some point in the conversation, she asked Mr Bailey about the sighting of him at Kealfadda Bridge. This sighting had been reported in some newspapers prior to his arrest on February 10th, 1997, for questioning about the murder.

“I asked him, ‘what were you doing in your car down at the Causeway (near Kealfadda Bridge) and he replied ‘no, no, there was no car’ but he didn’t really elaborate on that,”  Ms Ungerer said in her statement to  gardaí on April 16th, 1997.

In an earlier statement to gardaí on February 11th, 1997, Ms Ungerer said that Mr Bailey rang her earlier that day and she asked him why gardaí had arrested him the previous day and he said it was because some witnesses had seen him by the Causeway.

“I asked him what time that was and he said it was early in the morning – I think he said around 4am – this would have been the night of December 22nd, 1996, into the morning of December 23rd, 1996,” Ms Ungerer told gardaí in her statement.

“He did not say whether he was walking or driving, nor did he specify where exactly the water or causeway was. I said, what were you doing there? And he said ‘I suppose I was washing the blood off my clothes’ – I felt that he said that in a half joking way.”

Ms Ungerer, who with her late husband, Tomi, was among the last people to see Ms Toscan du Plantier alive when she visited their home at Dunlough Bay on the afternoon of December 22nd, 1996, confirmed the accuracy of both statements to The Irish Times but declined to comment further.

Contacted by The Irish Times, Mr Bailey declined to comment on Ms Ungerer’s statement but he has repeatedly denied any part in the murder.

Mr Bailey’s comments, as reported by Ms Ungerer, in a conversation which also involved Ms Thomas, her daughters, Saffron, Virginia and Fenella and two other people, appear to corroborate a statement by Marie Farrell that she saw Mr Bailey at Kealfadda Bridge on the night of the murder.

Ms Farrell told gardaí in a series of statements that she saw Mr Bailey at Kealfadda Bridge as she passed by in a car with a male companion. She later testified to that effect at Mr Bailey’s libel case against eight newspapers at Cork Circuit Court in 2003.

She later withdrew the statement and alleged she had been coerced by gardaí into falsely identifying Mr Bailey as the man she saw at Kealfadda Bridge on December 23rd. She testified at Mr Bailey’s High Court action against the State in 2014 he was not the man she saw that night.

Ms Farrell recognised the man while carrying out a Google search for Daniel Toscan du Plantier. She pointed him out to filmmaker Jim Sheridan in the course of being interviewed for his documentary released on Sky Crime, “Murder at the Cottage – The Search for Justice for Sophie.”

Mr Sheridan knew the man and identified him to Ms Farrell and she later gave a statement to gardaí after an interview in June this year in which she said she was satisfied that the man she saw at Kealfadda Bridge and around Schull in December 1996 was an associate of Mr Toscan du Plantier.

Gardaí have since obtained approval from the DPP and have requested French police to take a statement from the man, asking where he was on the weekend of December 21st/December 23rd, 1996, and if he has any alibis.

The latest twist in the lengthy investigation comes as the family of the late Toscan du Plantier, her elderly parents, Georges and Marguerite Bouniol, her brothers, Bertrand and Stephane Bouniol and her son, Pierre Louis Baudey-Vignaud gather today to mark the 25th anniversary of her murder.

The family will gather for a private event at Combret in Lozere in southern France where Toscan du Plantier is buried in the Bouniol family crypt after she was re-interred there in 2004 following her exhumation from a plot near Daniel Toscan du Plantier’s country retreat at Ambax.