Can guns lead to reform? The war in Ukraine reveals about the urgent need for democratic renewal in Europe, says political scientist Seema Shah. 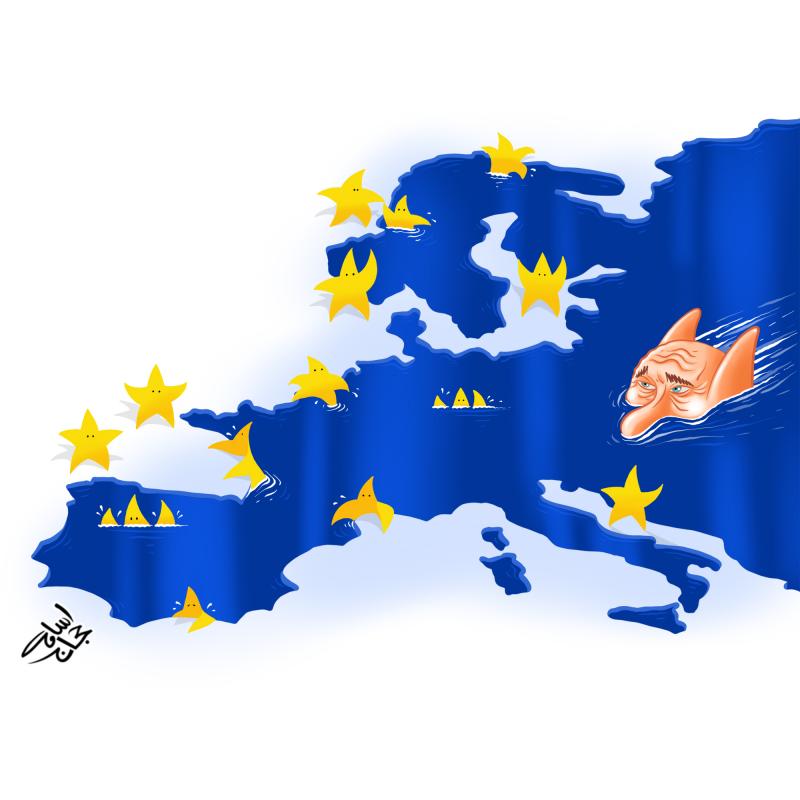 On the other hand, there are those who have pointed to the naivete of such sentiments, arguing that defeating Russia will necessarily mean engaging non-democracies. Others, including International IDEA, have recalled that Ukraine’s democratic performance was decidedly mid-range in the lead-up to the war. In fact, Transparency International’s latest analysis, which ranks Ukraine 122nd in its Corruption Perceptions Index, is a reminder of the deeply entrenched problem of corruption in the country. So what does the war mean for democracy?

The Threat of Democracy

In some ways, it is clear that democracy is a motivating factor in Russia’s actions, not just in this instance, but over the last two decades. One analysis explains how democratic advances in eastern Europe and around the world have triggered Russian aggression on more than one occasion, including in Georgia and in Ukraine. The theory is that a successful democratic Ukraine, especially one that is economically prosperous, threatens the stability of Putin’s own regime by undermining his rationale for autocratic leadership.

More : The war in Ukraine and Vladimir Putin’s imperial project

Moreover, there is evidence that Ukrainians who are fighting to defend their country are doing so for reasons that include support for democracy. Recent analysis shows that the genuine desire to protect democratic freedoms fuels activism in the resistance, and there is a significant correlation between the approval of democracy and a willingness to fight. Even among Russian-speaking Ukrainians, a majority were willing to take up arms in defence of their country. In the East and the South, especially in regions bordering the annexed Crimea and occupied Donbas territories, there has been a rise in the willingness to fight.

And in fact, International IDEA’s 2021 Global State of Democracy report shows that the democratic-authoritarian fault line is an increasingly relevant one. For the fifth consecutive year, there are more countries moving in the direction of authoritarianism than towards democracy. More worrying is the declining quality of existing democracies, with more democratically backsliding countries in this decade than ever before. In fact, all four of the countries (North Korea, Belarus, Syria, and Eritrea) who voted against the UN’s resolution to condemn the Russian invasion are authoritarian regimes, and 69 percent of the countries that abstained are either hybrid or authoritarian regimes. No high performing democracies voted against or abstained from voting for this measure.

In these ways, then, democracy is clearly a threat to the Kremlin.

If democracy is a threat to authoritarian regimes, then this is the moment to capitalize on it. Democracies around the world should hear the missile attacks on Ukraine as a loud call to reform and redouble efforts to demonstrate the power of democracy to the world. That begins with a critical self-reflection about the ways in which democracy has failed to deliver in many places, including Europe – where democratic practice has stalled and even eroded .

When the dust settles after the war, it is not just Ukraine that will have to think about rebuilding its democratic institutions

One urgent task is to confront the decades of inequality and centuries of discrimination that have stained the promise of democracy around the world. The recent pushback of non-western migrants and refugees who want to experience democracy and prosperity in Europe and the US is difficult to square with what is being framed as a drive for more democracy. In fact, it is difficult not to see the stark difference between the warm welcome Ukrainian refugees have received in Europe and the racism and discrimination refugees from the non-western world have faced. It is hard to see how democracy will retain legitimacy if such discrimination is not confronted.

If this really is a moment of global struggle between democracy and authoritarianism, democracies must be bold and demonstrate that they are best poised to give people what they need to live lives with dignity. When the dust settles after the war, it is not just Ukraine that will have to think about rebuilding its democratic institutions. Other democracies should also capitalize on their ability to self-correct and think about how to fill the gaps between what their people want and what governments are currently delivering.

Democracy is about to get a lot harder. Let’s hope democracies can seize the moment and finally deliver on their promises.