World heavyweight champion Tyson Fury is doing his utmost to keep a distance from boxing promoter and crime boss Daniel Kinahan. The ‘Gypsy King’ was recently pictured alongside his former advisor in Dubai but has moved to avoid any links between the two.

Speculation regarding their relationship recently spiralled after the United States government issued a $5million (£3.8m) bounty for information leading to the arrest or conviction of Kinahan. He’s one of seven members of the Kinahan cartel against whom American authorities have issued sanctions for ‘international drug smuggling and money laundering’.

Ahead of his climactic Wembley clash against Dillian Whyte on Saturday, Fury (31-0-1) has sought to steer clear of adding fuel to the fire. “It’s none of my business,” he told The RingLink magazine. “And I don’t get involved in other people’s business.”

U.S. Treasury officials said in a statement last week that Kinahan is “believed to run the day-to-day operations” of the Kinahan Organised Crime Group (KOCG). Kinahan was long denied the allegations lobbied against him, while Fury isn’t suspected of having any involvement in criminal activity. 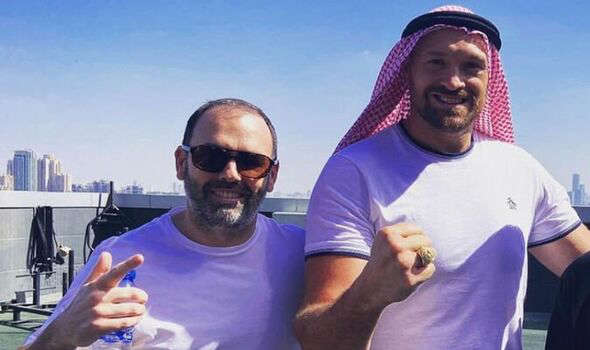 © Getty Tyson Fury was pictured alongside Kinahan in Dubai

Fury’s American promoter, Bob Arum, recently vowed to cease all business with MTK-the company fronting Kinahan’s boxing promotions-and any related organisations. Similarly, British broadcasters such as Sky, BT Sport, talkSPORT and the BBC have been warned by police over any links to the Irishman’s empire.

The undefeated fighter, 33, also praised Kinahan in June 2020 when it seemed as though a long-awaited match-up with Anthony Joshua was secured. “Big shout-out Dan,” he said in a video published on social media. “He got this done, literally over the line, two-fight deal, Tyson Fury versus Anthony Joshua next year.”

Along with his ties to Fury and Irish boxing, Kinahan is believed to have involvement as an advisor to other combatants and mixed martial artists, such as the UFC‘s Darren Till. Another UFC fighter, Tunisian Mounir Lazzez, dedicated a shout-out to Kinahan after defeating Ange Loosa in Las Vegas this past Saturday. 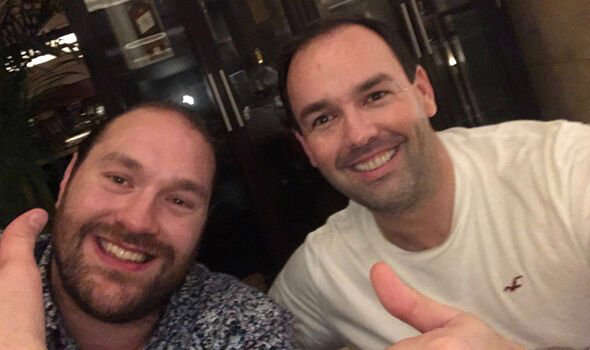 © Getty Fury has previously been open praising of Kinahan

Irish police commissioner Drew Harris recently sought to draw a line under any potential relations athletes may have with the Kinahan cartel: “If you deal with these individuals who have been sanctioned, or these entities who are being sanctioned, you are involved in a criminal network.”

“I’m going to put it straight on him from round one,” the Gypsy King added in regards to Saturday’s outcome against Whyte. “There’s no secret about what I’m going to do. I’m going to go out there and start slinging bombs from the first round. I’ll put on a good show for the 90-odd thousand people who are going, then hopefully I’ll land a big punch on him and it’ll be ‘Goodnight, Vienna!'”