Woman in court charged with murdering mother in Dublin 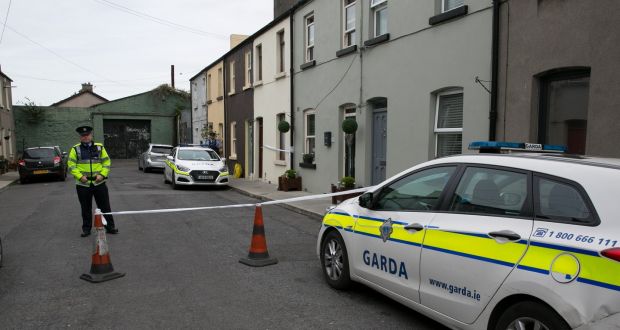 Members of the gardai at the scene of the discovery at Seville Place in Dublin. PhotographPhotos

A woman charged with murdering her mother in Dublin has been remanded in custody with a request for “urgent” psychiatric attention.

Mary Bergin, who was in her 70s, was very involved in her community and was also a church eucharistic minister. The pensioner was found dead at her house at First Avenue, off Seville Place, in the north inner city, at around 11.50 am on Tuesday.

Moire Bergin was arrested and detained under section four of the Criminal Justice Act 1984 at Store Street Garda station.

Gardaí­ charged her at just after 1 am on Friday, and she was held pending her appearance before Judge Conal Gibbons at Dublin District Court.

Dressed in a light grey tracksuit, Ms Bergin sat and blessed herself at the start of the hearing.

In reply to the murder charge after caution, Judge Gibbons heard that Ms Bergin said in Irish “sea”.

Detective Sergeant Brady applied for a one-week remand in custody.

The District Court does not have the jurisdiction to consider bail in murder cases, which only the High Court can decide.

Ms Bergin, also of First Avenue, Seville Place, stood and consulted quietly with her solicitor Katherine Dowling who told Judge Gibbons she had no questions for the garda witness.

The solicitor said it was believed her client required “urgent psychiatric attention”, and the court had the power to make the request.

She added that Ms Bergin, who did not address the court, had been an inpatient in a psychiatric care facility, and there were concerns about her.

Ms Dowling said a report was necessary about the issue of her client’s fitness to plead, which the defence will raise.

Judge Gibbons granted her legal aid and remanded her in custody to appear again on April 21st for directions from the Director of Public Prosecutions to be obtained.

He agreed to direct urgent medical, including psychiatric attention, for Ms Bergin in custody, and he noted that fitness to be tried would arise later.