The world’s most secure national blood bank opened in Israel on Monday, the most important parts shielded in an underground structure — from terrorism, chemical and biological attacks, and earthquakes.

Magen David Adom’s $135 million Marcus National Blood Services Center has taken four years and some 11,000 tons of steel to complete. The guiding principle is that the country’s blood supply is a “strategic asset” that may save many lives in emergency scenarios, and as such should be protected.

“We visited many blood banks around the world when planning, and found that there is simply no other country with a facility like this, with such a high level of protection for the national blood supply,” Moshe Noyovich, the engineer who oversaw the project and a senior official at American Friends of Magen David Adom, which funded it, told The Times of Israel.

“We have built something that’s a new standard in protecting blood, which is important as it’s a strategic asset,” he said.

President Isaac Herzog, Health Minister Nitzan Horowitz, and other dignitaries attended the inauguration ceremony at the facility in Ramla, central Israel, on Monday. It will process and store almost all of Israel’s blood donations, for both civilians and the military, when it becomes fully functional in the summer.

The complex will replace the current beleaguered facility in Ramat Gan, which was built in the 1980s and no longer has space for the quantity of donations needed for Israel’s growing population. 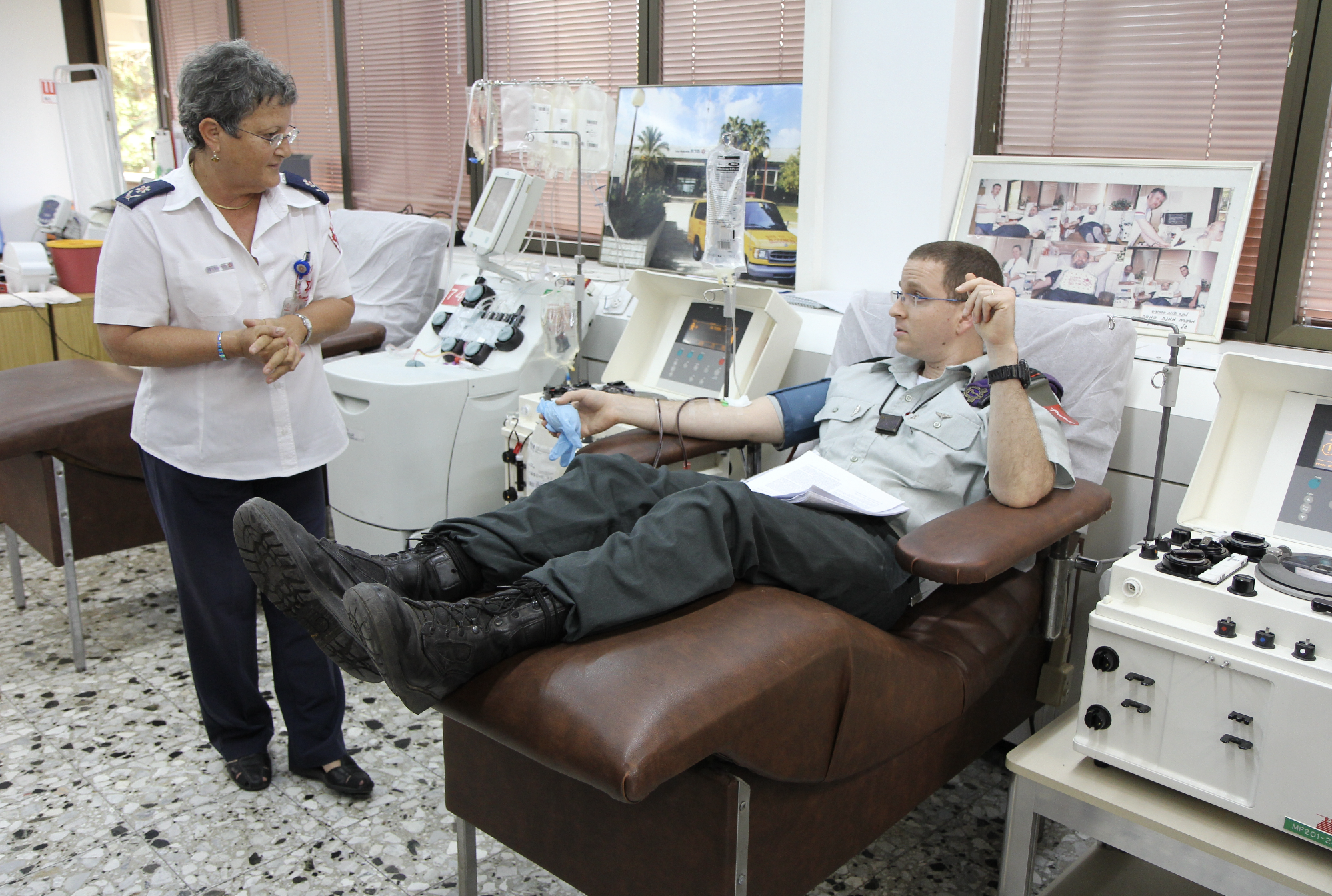 Its lack of fortification meant that during rocket attacks, Magen David Adom had to stop processing blood and move the blood reserves into a bomb shelter — despite the fact that blood processing is needed more than ever in times of war. 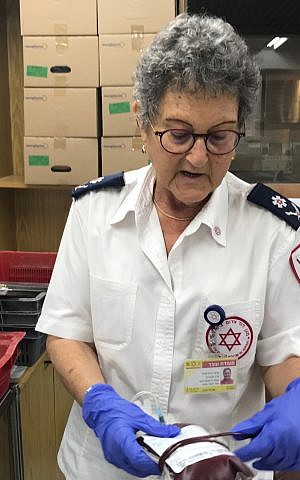 “The current facility is aboveground, not secured against rockets, which can reach the facility from both north and south, and not protected against earthquakes and other threats,” Prof. Eilat Shinar, head of blood services at Magen David Adom, said.

Noyovich emphasized that the facility also has advanced protection against cyberattacks.

The center is named in honor of Bernie Marcus, the founder of the American home improvement chain Home Depot, and his wife, Billi, who donated $35 million to the project. Other contributors include Miriam and the late Sheldon Adelson, The Leona M. & Harry B. Helmsley Charitable Trust, and Bloomberg Philanthropies, Michael R. Bloomberg’s charitable organization. The State of Israel provided the land, via a 2016 government decree.

The building is made from non-combustible steel and concrete. There are three levels of protection, with varying security zones. Three floors are aboveground, each with its own shelters. The ground floor has training facilities, an auditorium, a dining area, and a blood donation wing for the public; the second floor houses the Human Milk Bank, where mothers’ milk is collected for premature and ill infants, and more training facilities. 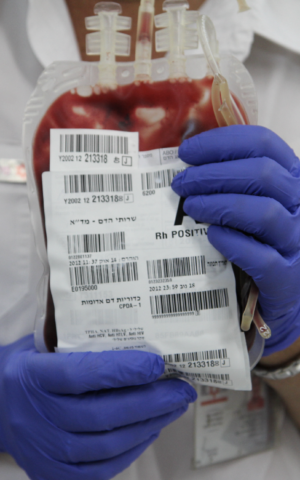 The three underground floors are protected by extra-thick concrete walls, blast doors, and airlocks, as well as shielding from biological and chemical attacks.

The second underground floor houses the Cord Blood Inventory, an R&D molecular lab, and a chemical and biological warfare air-filtration system that enables staff throughout the building to continue working and processing blood in the event of a chemical or biological attack.

On the deepest level is the Blood Storage Vault, a 300-square-meter safe room shielded against the most severe missile threats. Every critical system has a secondary system, including two ramps leading into the underground floors, four sets of elevators, and four generators.

“Israel lives in a dangerous neighborhood, yet we know that, thanks to this maximum-security facility, Israel’s national emergency medical service can preserve life in the hardest of conditions, and for decades to come,” said Catherine Reed, CEO of American Friends of Magen David Adom.

The center bears the name of Bernie Marcus, the founder of Home Depot, and his wife, Billi. The American philanthropists donated $35 million to the project. Other prominent donors include Miriam and the late Sheldon Adelson, The Leona M. & Harry B. Helmsley Charitable Trust, and Bloomberg Philanthropies, Michael R. Bloomberg’s charitable organization.