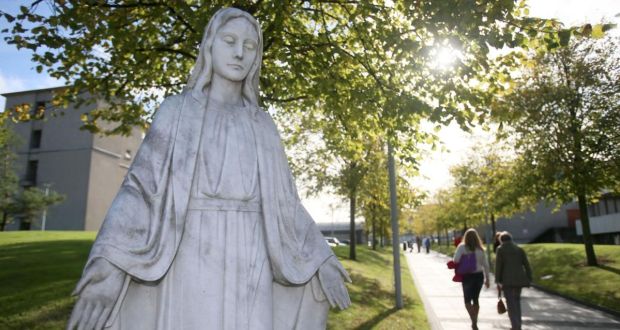 The two public hospitals and one private hospital owned by the Sisters of Charity through the St Vincent’s Healthcare Group were worth €434 million in 2017, according to documents filed at the Companies Registration Office. Photograph: Niall Carson/PA Wire

It is no exaggeration to say that the land and properties owned by the Catholic Church in Ireland could be valued in the billions. However, the ownership is heavily circumscribed.

This means that while a bishop has authority when it comes to the disposal of land and other assets in his own diocese, this is circumscribed.

An added complication is the involvement of religious congregations. These are also separate independent entities in civil and canon law and, generally, are responsible directly to superiors in Ireland who answer to superiors in Rome. Bishops may have influence over them but, in the vast majority of cases, very limited legal authority, not least when it comes to the disposal of assets.

In very many cases when it comes to assets controlled by dioceses, parishes and/or religious congregations, the use of those assets is frequently dictated by the aims of a trust which can limit use to educational or healthcare purposes.

However, an indication of the assets involved can be garnered from an independent audit prepared in 2009 for the 18 religious congregations that were involved in running the residential institutions for children investigated by the Ryan commission.

Following publication of the Ryan report in May 2009, representatives of the 18 congregations were called in by the government with the intention that they would contribute half the costs of redress, estimated then at €1.5 billion, to be paid to people who as children had been in orphanages, reformatories and industrial schools run by the congregations.

As part of those engagements with the congregations, a panel was set up to assess the resources held by the 18 congregations.

The panel’s report, published in November 2009, found that the assets, including land, declared by the 18 congregations had a total value then of €3.743 billion (mostly based on valuations made for insurance reasons). Property declared did not include all assets held by the congregations.

The Sisters of Mercy, for example, had land and buildings valued at €1.032 billion and financial assets (cash and investments) of €183 million. It had liabilities and commitments of €204 million, meaning its net assets were some €1 billion. This included assets in the Republic but not those in Northern Ireland.

Many of these assets, as with other congregations, were held in trusts with stated legal objectives which inhibit their use for other purposes. Many of their schools, for instance, belong to Ceist, a trustee body set up in 2007 for 107 voluntary Catholic secondary schools in Ireland.

As well as property, the panel’s report said the Sisters of Mercy owned 13 other bodies, most of them incorporated, which in turn held assets not included in the figures above. These assets included four hospitals – the Mater, Temple Street and the National Orthopaedic Hospital, all in Dublin, and the Mercy University Hospital in Cork – which then had insurance values of €645 million.

Another of the larger congregations, the Christian Brothers, had land and buildings then valued at €262.2 million and financial assets worth €63.2 million. In 2008, the Brothers transferred school property with a value of €430 million to the Edmund Rice Schools Trust Ltd, an entity set up to continue with the provision of Catholic education in Ireland.

There are about 125 religious congregations in Ireland but a great majority are small and not particularly wealthy.

Some, such as the Bon Secours Sisters congregation, which ran the mother and baby home at Tuam, Co Galway, is currently the largest provider of private healthcare in Ireland, with relevant land and property in Dublin, Cork and Galway, as well as outreach clinics in Cavan, Tralee and Limerick, and a care village in Cork.

* And, of course, there is also St Vincent’s private hospital at Elm Park in Dublin, run by the Sisters of Charity.

The disposal of such assets is not an easy task. Properties/land with a value of more than €3 million, approximately, which any church body wishes to dispose of has to have Vatican approval. As seen in the ongoing saga over the proposed National Maternity Hospital move to the St Vincent’s campus, that can take time.

For instance, the Dublin’s archdiocese’s seminary at Clonliffe had been closed since 2000. It was April 2019 before it and land nearby were sold to the GAA for €92.2 million. That sale is in four tranches and is to be completed in October next year.

More generally, figures are not available for the amount of land owned by the church and its various entities in Ireland. It is not something they rush to make available.

Much of this has since been sold off, with the money accrued going to the relevant religious congregations, whose average age today is 73. What has not been used in care of their elderly membership in Ireland and the provision of services is channelled abroad for similar purposes.