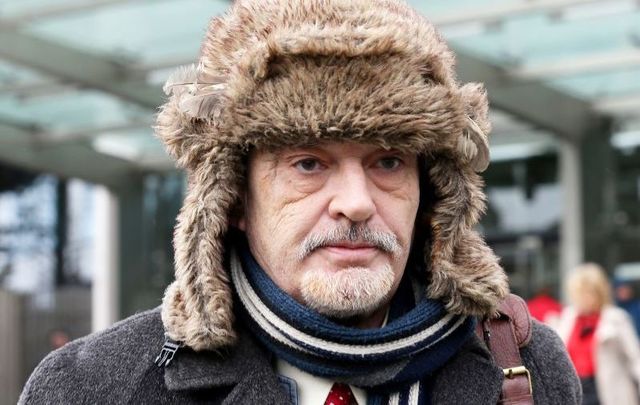 Irish singer-songwriter Sinead O’Connor has continued speaking out against Ian Bailey after interviewing for her new weekly column with the Sunday Independent.

O’Connor ventured to West Cork last week to meet and interview the infamous Ian Bailey, the English man who was a key suspect in the 1996 murder of French woman Sophie Toscan du Plantier.

While he’s been prominent in Irish media since the murder, he has been the focus of a renewed interest in the wake of the Netflix documentary ‘Sophie: A Murder in West Cork‘ and Jim Sheridan’s ‘Murder at the Cottage: The Search for Justice for Sophie‘ documentary for Sky Crime.

Bailey, who was convicted in absentia in Sophie’s native France in 2019, maintains his innocence.

In her fascinating Sunday Independent column that was published on July 18, O’Connor ponders: “Is he [Bailey] a metaphorical kamikaze of Trumpian proportions?”

“This is a man who is all about control,” O’Connor writes of Bailey, adding that he is “the very worst witness he could possibly be for himself.”

On July 15, the day after O’Connor met with Bailey in West Cork, the Irish Daily Star ran a front-page story in which Bailey alleged that he and O’Connor met to discuss putting his poetry to music.

Bailey was “lying his face off” to the Star, O’Connor said on Twitter.

Evidently, there was enough time between the Star story and O’Connor’s publication date for her to address the matter in her column. She alleges that Bailey felt he lost control of the narrative during their interview and quickly reached out to the Star with his story, “but he has met his match in terms of media prowess and that falsehood has now been corrected.”

She notes in her column that the day after their interview, Bailey told another reporter that “if anyone else had asked him the same annoying questions he would have upped and left the interview.

“Maybe he should have. But, like I said, he doesn’t help himself.”

Supplemental to her July 18 column is O’Connor’s tweets where she has been sharing with her nearly 85k followers more thoughts and stories about Bailey.

The day before her column was published, O’Connor said on Twitter that Bailey, who she describes as “pathological liar of the century,” brought “vast amount of drink” with him to their interview.

She tweeted: “First lesson for Ian Bailey if he were to go to finishing school (which I’d highly advise) would be the following .. in order to appear believable on the big stuff, it is unwise to be daily telling lies about the little stuff.”

On July 19, the day after her column was published, O’Connor tweeted an unsettling story about Bailey: “After the murder, Bailey terrified a female journalist friend of mine by driving her miles up a mountain in the dark after offering her a lift home.

“He then got blue turkey twine from the boot of his car and terrified her more by making a noose out of it and waving it in her face.”

O’Connor then addressed Bailey’s comments that

“Anyone suggesting I shouldn’t have interviewed him while drunk needs to tell that to anyone who ever interviewed Shane McGowan.”

She added: “FYI for anyone thinking of being interviewed. If you don’t want to be interviewed while drunk, don’t arrange interviews and then make a conscious decision to get drunk before and during them. Especially if you like to think you’re as ‘media savvy’ as the turkey man does.”

She concluded her Twitter tirade mockingly impersonating Bailey: “The horrible lady! She plied me with drink! I didn’t know what I was saying! What a terrible lady, what a terrible journalist, what terrible, terrible questions! She kept giving me drink! She lifted my hand and forced it down my throat! Poor me!”

Bailey has not made any mention of O’Connor or the interview on his relatively new social media accounts.