Sentence will be postponed until Fidaa Kiwan’s appeal process is exhausted; attorney says he is working on a ‘new strategy’ for her release

In a video message published by the Kan public broadcaster on Tuesday, Ahmed Almazrouei, an attorney for Kiwan, said he appeared in court alongside her.

“Today was our first hearing for the appeal,” said Almazrouei.

The attorney said he was working on “a new strategy” for Kiwan’s defense, which he will present during the next hearing. “Hopefully the death sentence will be canceled,” he said.

Almazrouei noted that under UAE law, the death sentence will be frozen as the appeals process is carried out. The appeal submitted claims that Kiwan did not have the drugs in her possession for the purpose of selling them, which is the charge that led to a death sentence.

According to Hebrew media, the next court hearing concerning the appeal will be held on May 31 at the Abu Dhabi Federal Appeal Court.

Almazrouei was hired by the Kiwan family to represent their daughter during court deliberations in the Gulf state, after the family said it had failed to mobilize significant support from Israeli political leaders.

Kiwan was sentenced to death last month in Dubai after she was convicted of possessing half a kilogram of cocaine.

According to her mother, the family had asked Regional Cooperation Minister Esawi Frej and the Foreign Ministry to intervene but were met with barriers.

Realizing that a different strategy was needed, the family turned to the Mossawa Center, which advocates for the rights of Arab citizens in Israel.

“If the suspect were Jewish, government agencies would take action to help her and the family,” the advocacy group said in a statement. “We saw how [former] prime minister Netanyahu brought back a Jewish suspect from Russia on his private jet,” the group added, referring to the case of Naama Issachar.

“The suspect denies that the drugs belonged to her and claims they were owned by the owner of the apartment where she was staying,” the statement read. 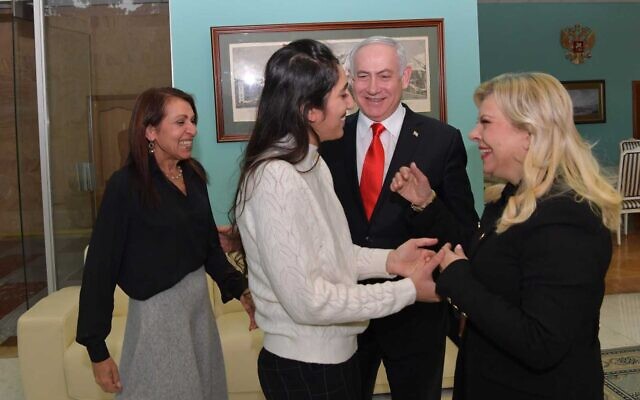 Speaking to 104.5FM Radio last month, Jafar Farah, the founder of the Mossawa Center and a close friend of the family, said he doubted that Kiwan could have afforded the drugs in the first place.

“I’ve known her for many years. I don’t think she has the money to buy half a kilo of cocaine. She’s been arrested for nearly a year and ended up receiving the harshest sentence you can get for such an offense. She was also promised, off the record, that if she told police who owned the drugs, they would receive a lighter sentence, but it turned out that the two other suspects got the lighter punishment,” Farah said.

Kiwan, a 43-year-old Haifa resident who owns a photography studio, reportedly came to Dubai for work at the invitation of a Palestinian acquaintance a year ago. She was arrested a short while later, on March 17, 2021, after a search of her apartment turned up the drugs.

The Foreign Ministry said last month it knew about the case and was “handling it through the consular service and our representatives in the Emirates.”

This was not the first time that the UAE has made a notable drug bust of an Israeli. In October 2021, it was reported that an Israeli man — Halil Dasuki, 31, from Lod — was arrested in Dubai on suspicion of involvement in a scheme to smuggle half a ton of cocaine into the UAE and from there to Israel.

Israel and the United Arab Emirates normalized ties in 2020 when they signed the US-brokered Abraham Accords, along with Bahrain. The UAE has since become a popular tourist and business destination for Israelis and tens of thousands have visited the Emirates.