Russian President Vladimir Putin chairs a meeting of the Board of Trustees of the Talent and Success Educational Foundation via a video link at the Sirius Educational Center for Gifted Children in Sochi on May 11, 2022. (Photo by Mikhail METZEL / SPUTNIK / AFP)

Russian officials are adept at delivering patriotic speeches that convey Russia’s supposed strength and integrity. Meanwhile, their own offspring appear to enjoy living on stolen money in Western countries, investing millions of dollars of laundered money in real estate and reaping the benefits of receiving an elite education.

Russian President Vladimir Putin is now one of the most closely studied people in the world in the wake of his country’s renewed invasion of Ukraine. Putin and his family are in the spotlight across the world’s media, as commentators try to cast light on his family life, including his children, which he has kept from the public spotlight even since before his presidency.

In April, the U.S. and the European Union approved a new package of economic sanctions against Russia “for its atrocities in Ukraine, including Bucha.” Printscreen of Tikhonova’s interview on the Russia 24 TV Channel, 2019

Tikhonova and Vorontsova were born during Putin’s marriage to former Aeroflot flight attendant Lyudmila Shkrebneva. Putin announced their divorce in 2013.

Their youngest daughter, Tikhonova, was born in 1986 in Dresden, when her father was working for the foreign intelligence service of the KGB. She studied at the Moscow and St. Petersburg State Institutes and has a PhD in Physics and Mathematics. Among Tikhonova’s hobbies are Japanese culture and acrobatic rock’n’roll dancing. At the 2013 World Championships, Tikhonova performed in the boogie-woogie class of an acrobatic rock’n’roll dance competition and took fifth place. Putin’s daughter married the son of one of his close friends, Kirill Shamalov. Soon, he became the second largest shareholder in the Russian petrochemical giant Sibur and, at the age of 32, became the youngest dollar billionaire in Russia with a fortune of $1.2 billion. The couple purchased a house in Rublyovka (a luxury village near Moscow) and a luxury house in French Biarritz, which cost more than 20 million euros. They divorced in 2018.

On May 19, a joint investigation into Important Stories and the German publication Der Spiegel concluded that the new partner of Tikhonova was a well-known artist, Igor Zelensky, based on information from four sources.

Zelensky is 52 years old. He is one of the most successful and famous ballet dancers from Russia. Zelensky was a soloist at the Mariinsky Theater, where he danced all the leading parts, then – at the premiere of the New York City Ballet.

Tikhonova has flown to Munich more than 50 times in the last two years. Zelensky has lived and worked in this city since 2016. At the end of 2019, Tikhonova was preparing to move to Germany.

Tikhonova worked in various positions at the Lomonosov Moscow State University, before heading up the Innopraktika Foundation from 2018. In 2019, she obtained a degree in physics and mathematics from the same university. 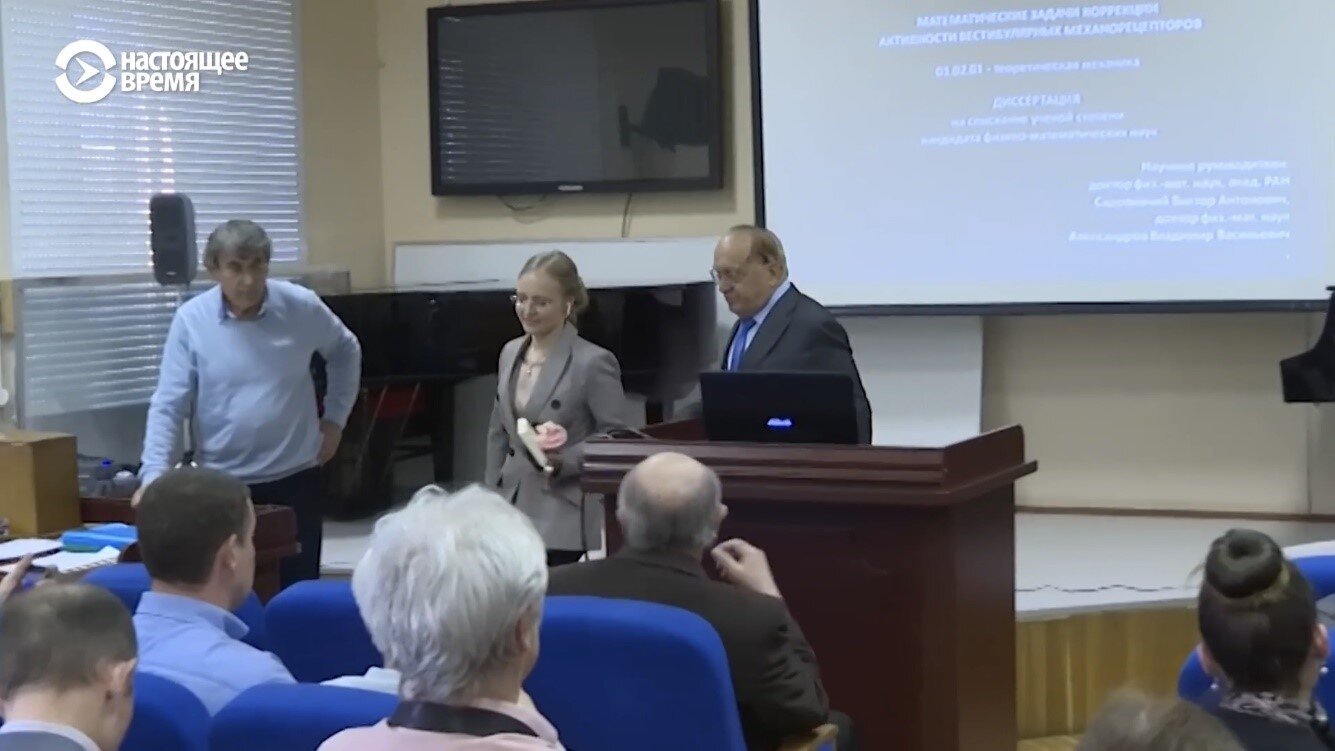 A screenshot from the Nastoyaschee vremya TV channel, showing Tikhonova obtaining a degree in physics and mathematics at Lomonosov Moscow State University, 2019

However, all scientific publications by Tikhonova are co-authored and she does not produce fully independent works. As a mathematician, Tikhonova’s study of the vestibular apparatus required detailed knowledge of the brain structure. A screenshot from the Doctor TV channel, showing an interview with Maria Vorontsova, 2019

Maria Vorontsova – the elder of the two sisters – was born in St. Petersburg. She graduated from the Faculty of Medicine at Moscow University and the Faculty of Biology of St. Petersburg University, specializing in endocrinology. She was married to Russian-born Dutch businessman Jorrit Faassen, who served as the business development director of Gazprom. They lived with their children in a luxurious penthouse in Amsterdam. However, according to some recent reports, their marriage has collapsed.

In 2019, Vorontsova became co-owner of medical company Nomeko, which is involved in implementing the largest ever private investment project in the Russian healthcare sector aimed to fight cancer. The value of the medical complex of Nomeko is estimated at 40 billion rubles and Russian authorities allocated more than 200 billion rubles for genetic research under the leadership of Vorontsova.

For the past few years, the world’s media has discussed another possible daughter of Putin – Luiza Rozova – who was born in 2003 and appears to closely resemble the Kremlin leader.

According to Iron Masks, part of the investigative outlet Proekt, Rozova’s mother could be Svetlana Krivonogikh, the former cleaning lady with whom Putin had a long-term romance.

The Pandora Papers showed that, through an offshore company, Krivonogikh became the owner of a luxury Monaco apartment with a harbor view in 2003. In addition, she owns shares in Rossiya Bank. The Kremlin has denied the allegation that Rozova is Putin’s daughter.

The 18-year-old Rozova is nicknamed “Putin’s favorite child” by the media. She recently deleted her Instagram account after receiving hundreds of angry comments shortly after Russia’s invasion of Ukraine. Previously, Rozova liked to show off her luxurious life or travel and founded her own fashion brand. She was also a sought-after DJ. 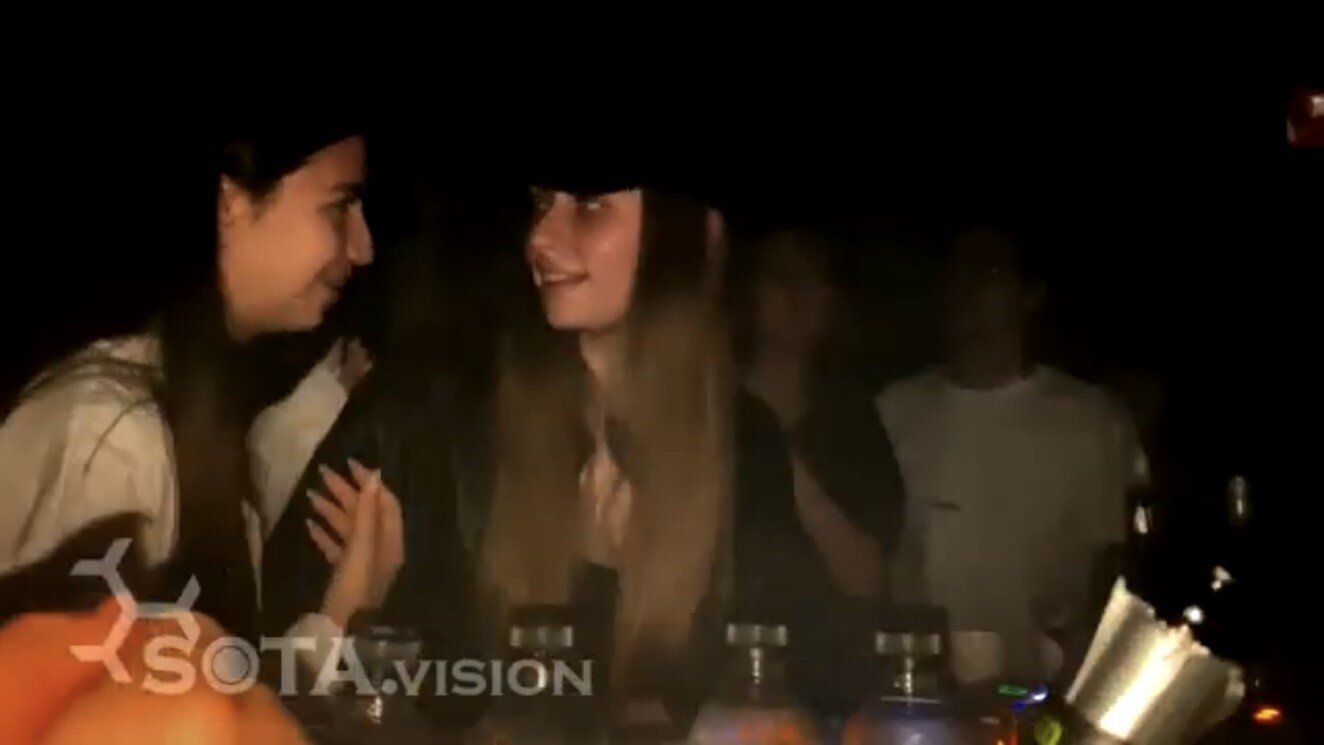 Rozova is a model for Roma Uvarov Design (Credited from Instagram romauvarovdesign), 2021

Putin may also have children with gymnast Alina Kabaeva, who has been seen close to the Russian dictator at public events, although their relationship has not been advertised. 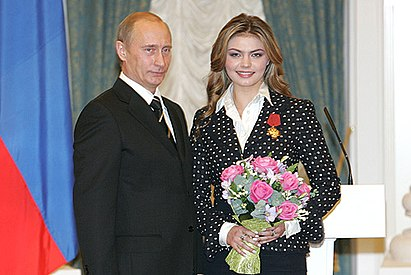 Rumors about the romance between Kabaeva and Putin began to circulate in the 2000s. The newspaper Moskovsky Korrespondent was the first to write about the connection between Putin and the gymnast in April 2008. A few days following the publication, the magazine’s owner, Alexander Lebedev, closed the publication down, citing its unprofitability. But rumors suggest that this happened after a call from Kremlin special services.

Swiss media wrote that in 2015, in an expensive clinic near Lake Lugano, Kabaeva gave birth to a baby boy, although reports are hard to verify.

Information has recently circulated that Kabaeva is pregnant again and that she has been seen wearing a wedding ring.

According to media reports, Kabaeva has four children and lives with them in Switzerland. Following Russia’s invasion of Ukraine, activists demanded their deportation from the European country.

Putin prefers not to talk about family matters. “I have a personal life in which I do not allow interference. It needs to be respected,” he has said.

However, in 2020, Putin admitted that he enjoys communicating with his grandchildren. At the same time, the dictator said that his daughters were not involved in business or politics and denied information that they live abroad.