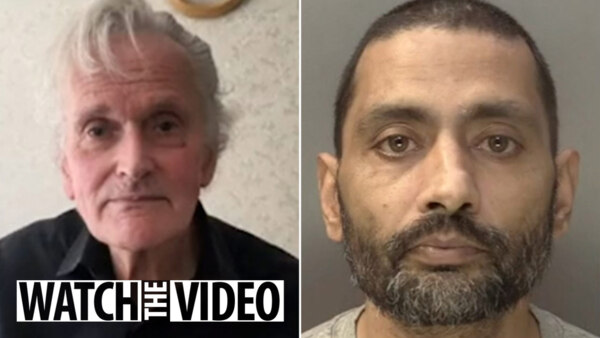 Heartless burglar left pensioner, 78, to die after binding him to chair with cable ties and ransacking his home

A HEARTLESS burglar who tied up a pensioner and left him to die has been found guilty of murder.

Adris Mohammed, 44, broke into the home of 78-year-old David Varlow in Halesowen, West Midlands, in the early hours of November 3 last year.

A court heard how the evil thug tied Mr Varlow’s ankles and wrists to a chair with cable ties and a telephone cable before threatening him with a knife for his PIN number.

Mohammed then ransacked the house before stealing the OAP’s bank cards and going on a £550 spending spree.

Mr Varlow’s body was discovered by police on November 15 after neighbours raised concerns they had not seen him for some time.

It was later found the vulnerable pensioner, who lived alone, had died from a heart attack brought on by the stress of his ordeal

Detectives found Mohammed had targeted Mr Varlow three times in all – even returning to the property while his body was inside.

But he was today found guilty of all charges following a trial at Birmingham Crown Court.

Judge Melbourne Inman told Mohammed he will be jailed for life next Wednesday.