Raisi says there’s ‘no doubt the hand of global arrogance can be seen in this crime,’ employing a term often used to refer to Israel and the US

Iran will avenge the killing of a Revolutionary Guards colonel in Tehran, President Ebrahim Raisi warned on Monday.

Col. Hassan Sayad Khodayari was shot dead Sunday outside his home by assailants on motorcycles, in a killing Iran blamed on “elements linked to the global arrogance,” its term for the United States and its allies including Israel.

It was the most high-profile killing inside Iran since the November 2020 murder of top nuclear scientist Mohsen Fakhrizadeh.

“I insist on the serious pursuit (of the killers) by security officials, and I have no doubt that the blood of this great martyr will be avenged,” Raisi said. “There is no doubt that the hand of global arrogance can be seen in this crime,” he added, echoing what the Guards said the previous day.

According to unsourced reports in Hebrew media, Khodayari had planned kidnappings and other attempts to attack Israeli and Jewish targets worldwide.

Khodayari was shot five times by two unidentified gunmen in his car in the middle of Tehran, according to Iranian state media.

Reports identified him as a “defender of the sanctuary,” a reference to Iranians who carry out Tehran’s operations in Syria and Iraq within the Guard’s elite Quds Force that oversees operations abroad.

Although the Guard gave only scant detail about the attack that occurred in broad daylight in the heart of Iran’s capital, the group blamed the killing on “global arrogance,” typically code for the United States and Israel.

An Iranian official quoted by Qatar-based Al-Jazeera warned that the assassination constitutes “a crossing of the red line,” and that those responsible “will pay a heavy price.”

That accusation, as well as the style of the brazen attack, raised the possibility of a link with other motorbike slayings previously attributed to Israel in Iran, such as those targeting the country’s nuclear scientists.

There was no immediate claim of responsibility for the attack. Asked about the incident by Channel 12 news, Defense Minister Benny Gantz refused to comment. Approached by Israel’s Channel 12 news as he participated in New York City’s Celebrate Israel Parade, Gantz said, “the State of Israel is very strong. I’m not addressing all the various reports that appear in all sorts of places.” 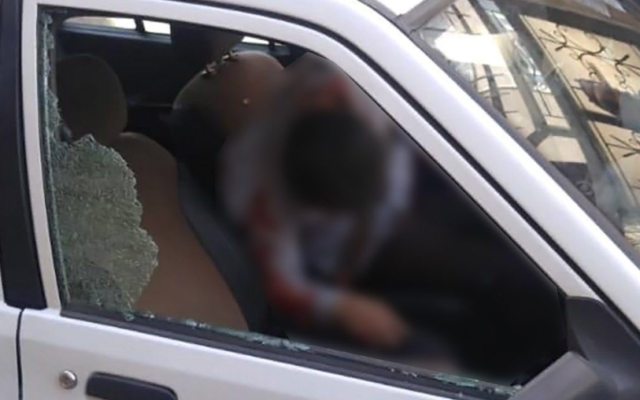 The body of a senior member of Iran’s Revolutionary Guard identified as Sayad Khodayari, who was assassinated in Tehran on May 22, 2022. (Twitter)

Little information was publicly available about Khodayari, as Quds officers tend to be shadowy figures carrying out secretive military missions supporting Hezbollah, the Lebanese terror group, and other militias in Syria, Iraq and elsewhere.

But according to Channel 13 news, one of the operatives under Khodayari’s direction was Mansour Rasouli.

In April, it was reported that Rasouli, said to be a member of the IRGC, admitted to Mossad agents, during an interrogation at his home in Iran, that he was sent to target an Israeli diplomat in Turkey, as well as an American general stationed in Germany, and a journalist in France.

Channel 12 reported that Khodayari was also behind an attempt — recently uncovered by the Shin Bet — by Iranian operatives to lure Israeli academics, businesspeople, and former defense officials abroad and possibly kidnap them.

That report also said he was behind an alleged plot to kill five Israelis in Cyprus.

Channel 12 also said that Khodayari had recently returned from Syria, where he served under the former commander of the IRGC’s Quds Force, celebrated Iranian general Qassem Soleimani, who himself was killed in a US airstrike in Iraq in January 2020. 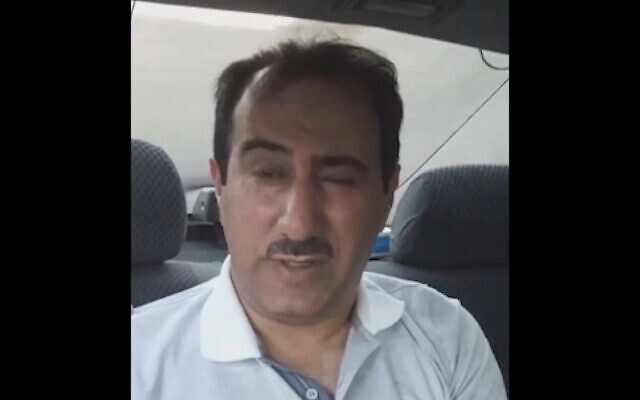 Mansour Rasouli, 52, an alleged IRGC member who was reportedly interrogated by Mossad agents in Iran. (Screenshot: Twitter; used in accordance with clause 27a of the Copyright Law)

An Iranian security source was quoted as saying he also played an “important” role in Iran’s military industry, “especially when it came to drones.”

Hebrew media reports said he had no connection to the Iranian nuclear program.

The IRGC was designated a Foreign Terrorist Organization in 2018 by then-US president Donald Trump’s administration, after it withdrew from the nuclear agreement officially known as the Joint Comprehensive Plan of Action.

The elite military unit has been discussed extensively in recent months after Tehran demanded that the group be removed from a US terror blacklist as a condition for returning to compliance with the 2015 multilateral nuclear agreement.

Israel has urged the US to reject Tehran’s demand, saying the group is “a terrorist organization that has murdered thousands of people, including Americans.”

Less than a year after Trump withdrew from the nuclear deal, Iran’s top nuclear scientist Mohsen Fakhrizadeh was assassinated in a sophisticated hit, reportedly led by a Mossad team.

The long-running shadow war between Israel and Iran has been bursting into the open in recent months, with more direct attacks attributed to Israel against Iranian targets in Syria and mutual cyberattacks carried out by both nations, threatening to bring the regional rivals to the brink of direct warfare.