If Putin’s brutal war in Ukraine is successful, other nations “watch out”

Military experts, academics, leading policymakers and commentators gathered at King’s College London to discuss key defence and security challenges in light of the war in Ukraine.

If President Putin’s war in Ukraine is successful, that sends a very dangerous messages to the international community, UK Secretary of State Ben Wallace told ‘The Defence of Europe’ conference at King’s College London.

The Defence Secretary said President Putin “makes more strategic blunders than he makes strategic successes”, but in order to win a war, “you don’t need to have all the best kit or the best training or appropriate rule of law, you just need to be able to be more brutal than the other person and more prepared to destroy everything in your path.”

If you win your war by killing, murdering, raping, bombing civilian territories, breaching all human rights, all Geneva Conventions, corruption, and that becomes the battle-winning component, the message that sends to other adversaries around the world is incredibly dangerous. That’s why it matters to the international community, and should matter, that if Putin is successful in Ukraine, then watch out.

He added: “Putin, his inner circle, his generals, are now mirroring the fascism and tyranny of 77 years ago, repeating the errors of the last century’s totalitarian regimes.”

The event was organised by King’s School of Security Studies and by Reaction, a commentary and analysis site, and featured speakers and attendees from the military, academia, government, policymaking organisations, media and European embassies.

Vadym Prystaiko, Ukraine’s Ambassador to the United Kingdom, told a packed Bush House Auditorium of his country’s hopes for after the war, including the need for a new kind of security arrangement to protect sovereign states, backed up by guarantees from other nations to provide assistance. He also set out who should pay for rebuilding the country after the war.

I can’t see why we have to look into the pockets of western taxpayers …for the after-war reconstruction. I believe Russia has to pay for everything. 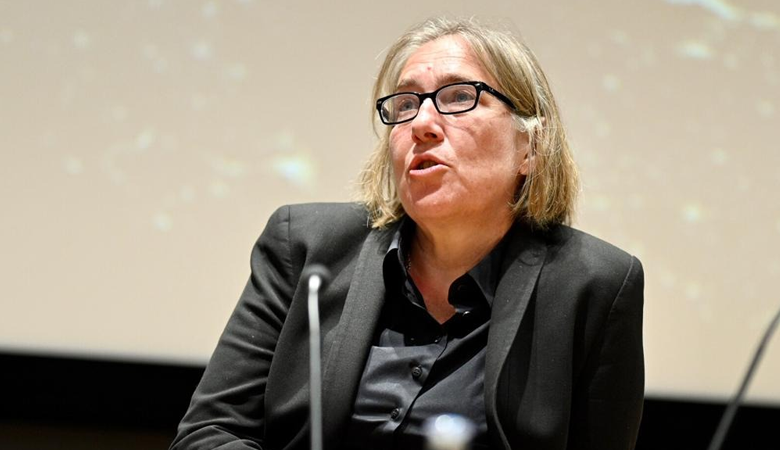 Professor Beatrice Heuser, of the University of Glasgow, also warned that the West has no way of reaching the vast majority of the Russian people, “whereas throughout the West there are people who have exposure and are influenced by the Russian story.”

One of the things that’s missing in our policy is counter information…interfering in other peoples’ politics. The Russians do it to us…We need to try to penetrate Putin’s monopoly at home.

UK Shadow Defence Secretary John Healey told the event that the UK needs to rethink our security and defence priorities and “we have to accept that we’ve taken the peace & security of Europe for granted…we face a future of persistent confrontation with Russia.”

Experts discussed the economic consequences of the war and whether the current sanctions are working.

We are financing both sides of the war…[and] we’re in an ironic position…the Russians are earning more than they’ve ever earned on oil and gas exports.

Professor Helen Thompson, of Cambridge University said while Putin might have been shocked by the energy sanctions, there was no evidence that it had changed any calculation he’s made during the course of the war so far.

Professor Niall Ferguson, of the Hoover Institution at Stanford University, said the US and Europe expected too much of sanctions.

Towards the end of the event, students from the School of Security Studies, also presented a draft declaration on the Defence of Europe which looked at the short-term and long-term effects of the war, as well as the British policy response so far. The students also called for a whole-of-society approach to defence, and pointed out that the Russia’s war in Ukraine had supplanted, but not replaced other security threats of our time including climate change, failed states and great power competition.

In his keynote address, Professor Sir Lawrence Freedman said it is difficult to believe the war will go on much longer in its current form as neither side can sustain it. He said the aura of Russia, that Putin had so carefully cultivated, had been broken.

In the end, there is a common set of values [amongst Western allies] which to his credit, Zelensky has understood and played on…which is why Russia can lose this and why it should.

Watch a recording of the full event.