Prison bosses have identified a shift in the profile of sex offenders being jailed, with increasing numbers of young men being convicted in the courts.

There has been a 150% increase in the number of sex offenders in custody over the last 15 years, but just a quarter of those with convictions for sexual violence are receiving treatment.

Psychologists working in the Irish Prison Service (IPS) say young offenders are generally “very difficult” to engage with and they are trying to find new ways to encourage them into therapy.

It is part of a much more fundamental reform of how the IPS is dealing with sex offenders, which hopes to break new ground and work with those who deny or minimise their crime. 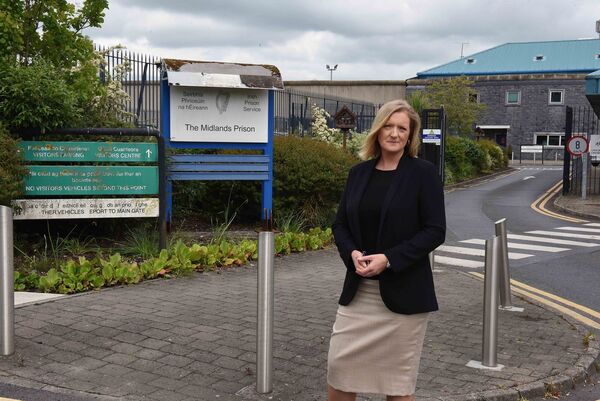 Emma Regan, the head of psychological services in the Irish Prison Service: ‘We are meeting younger people, who have a lot more antisocial backgrounds, chaotic backgrounds, that we wouldn’t necessarily have seen previously.

The ultimate aim is to have 80% of those convicted of sexual violence in treatment, compared to just 25% now.

The development comes against a backdrop of increasing convictions and the accumulation of sex offenders in prison over the last 10-15 years, which has seen:

This means that sex offenders made up almost 15% of all inmates — or fewer than one in seven prisoners — last month, compared to 9% in 2007.

“Now, we are meeting younger people, who have a lot more antisocial backgrounds, chaotic backgrounds, that we wouldn’t necessarily have seen previously,” said Emma Regan, the head of psychological services in the IPS.

In an interview with the Irish Examiner, she said they have been discussing this trend with the Irish Prison Service headquarters for about “five or six years”.

In a statement, the IPS said: “The changes we have seen on the ground over the past five to six years is that people are coming into custody with sexual violence charges are younger and many have a history of non-sexual violent offending. This is a change from previous cohorts of people convicted of sexual violence.”

Dr Regan said antisocial behaviour and attitudes can cover a range of areas, including criminal offending and attitudes toward rape-myth acceptance, children, and domestic violence.

She said the use of technology to access child sex abuse imagery and “illegal pornography” was a trend in recent years and that treatments need to catch up.

This may involve the use of technical devices, such as iPads and televisions, as well as peer-to-peer support, to encourage young offenders into treatment.

Young people are very difficult to engage with, they don’t want to go and see a psychologist — there is a significant stigma.

She said this was across the board with all young offenders, but added: “And if you add the stigma of sexual violence on top of that, they really don’t want to see a psychologist because the assumption they have to hold up their hands and admit.”

She said young people are more interested in what their peers think.

“So, we have to work really hard to motivate people who are younger,” she said.

Dr Regan is driving a much wider and more comprehensive reform of the sex offender treatment model in Irish prisons, which currently only sees around 25% engaging in treatment.

A further 25% are excluded because they are appealing their conviction, while the last 25% are excluded because they are serving a sentence of less than two years — the current Building Better Lives (BBL) programme runs for 18 months and takes place in the final two years of a longer sentence. “So, only a quarter engage in some way,” said Dr Regan. “Where that leaves the 75% of people who are not suitable for the BBL — we have to try and find an answer.”