Good, bad, ugly, relieved: Reactions to the Supreme Court decision on the EPA and climate change 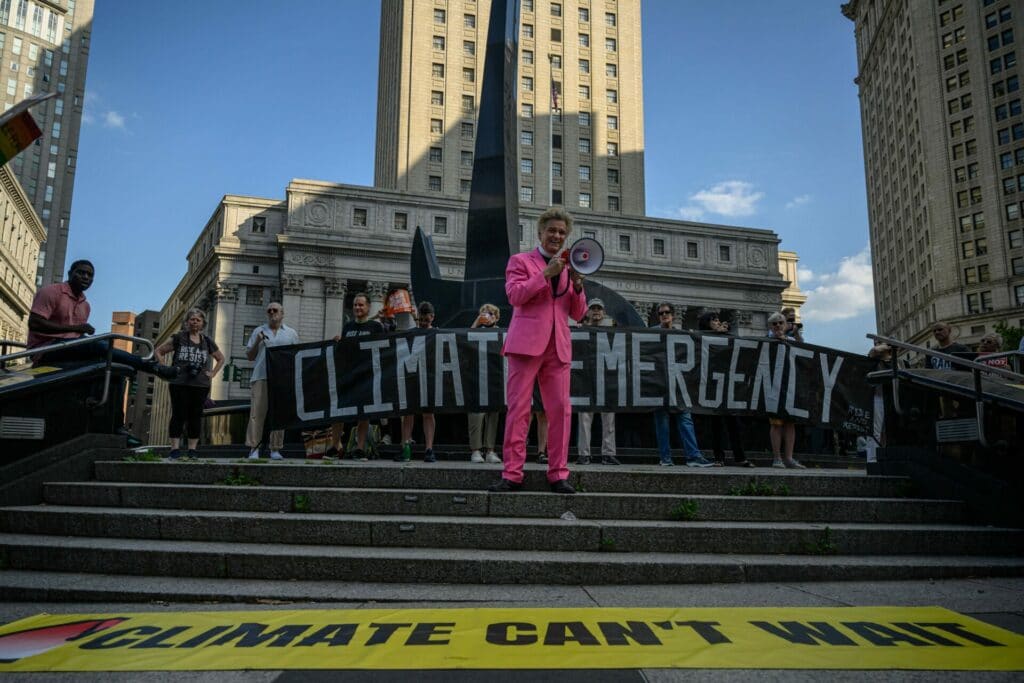 The future of US efforts to fight climate change was, at the least, clouded significantly Thursday when the US Supreme Court ruled to limit the Environmental Protection Agency’s powers to broadly regulate power plant greenhouse gas emissions. Chief Justice John Roberts wrote the majority opinion in the case, West Virginia v. Environmental Protection Agency, concluding that “[c]apping carbon dioxide emissions at a level that will force a nationwide transition away from the use of coal to generate electricity may be a sensible ‘solution to the crisis of the day’. But it is not plausible that Congress gave EPA the authority to adopt on its own such a regulatory scheme…. A decision of such magnitude and consequence rests with Congress itself, or an agency acting pursuant to a clear delegation from that representative body.”

The country’s political divisions were reflected in reactions to the 6-3 decision, with Republicans praising it, sometimes in fulsome terms. Senate Minority Leader Mitch McConnell of Kentucky said, “This ruling will have a significant impact on the Commonwealth. Even as energy prices spiral out of control and experts warn of electricity blackouts, the Biden Administration has continued the Left’s war on affordable domestic energy and proposed to saddle the electric power sector with expensive regulatory requirements.”

Texas Attorney General Ken Paxton put out a press release: “With Biden in the White House, the radical left has re-captured the levers of environmental power and are forcing their green agenda on the nation. Today, we stopped him.” Texas was a party to the case and its related proceedings.[1]

The decision was simultaneously and harshly criticized from many quarters on the political left—including the three Supreme Court justices appointed by Democratic presidents—as a serious blow to the Biden administration’s efforts to meet climate goals. Writing for three dissenting justices, Elena Kagan asserted that “[t]oday, the Court strips the Environmental Protection Agency (EPA) of the power Congress gave it to respond to ‘the most pressing environmental challenge of our time.’”

A range of Democratic officeholders also emphasized the impact of the decision on US efforts to fight climate change.

“The Supreme Court’s ruling in West Virginia vs. EPA is another devastating decision that aims to take our country backwards,” President Joe Biden said in a statement. “While this decision risks damaging our nation’s ability to keep our air clean and combat climate change, I will not relent in using my lawful authorities to protect public health and tackle the climate crisis.”

“Just like last week’s dangerously misguided and abhorrent decisions on gun safety and abortion, the extremist MAGA Court’s ruling today in West Virginia v. EPA will cause more needless deaths—in this instance because of more pollution that will exacerbate the climate crisis and make our air and water less clean and safe,” Reuters quoted Senate Majority Leader Chuck Schumer as saying.

Does wood bioenergy help or harm the climate?

The three co-chairs of the US Climate Alliance—New York Gov. Kathy Hochul, Washington State Gov. Jay Inslee, and California Gov. Gavin Newsom—are Democrats from states that formally joined the the EPA’s opposition to the suit. They denounced the Supreme Court decision, while noting it would have no effect on state-level climate action. “We are deeply disappointed in this regressive decision, but it only hardens our resolve to act with the boldness and urgency the climate crisis demands. At a time when we’re seeing devastating droughts, wildfires, and storms become the norm, the Supreme Court has sided with polluters at the expense of the American people,” an alliance news release quoted the three governors as saying. “This ruling makes clear that the actions of governors and state legislatures are more important than ever before. Thankfully, state authority to curb greenhouse gas emissions has not changed.”

Less ideological commentary on the decision tended to point out that, from the greenhouse-gas regulation point of view, it was bad, but not as overwhelmingly terrible as was conceivably possible, given general Republican hostility toward what the hard-right often calls “the administrative state.” (Side note: Charlie Savage provides an excellent overview of the GOP’s long-running attempt to roll back federal regulation of business in this New York Times piece.) The Atlantic’s Robinson Meyer is one of the country’s most astute observers of climate politics and policy and is worth quoting at length on this score:

Today’s major environmental ruling from the Supreme Court, West Virginia v. EPA, is probably most notable for what it did not do.

It did not say that the Environmental Protection Agency is prohibited from regulating heat-trapping carbon pollution from America’s existing power plants.

It also did not strip the EPA of its ability to regulate climate pollution at all.

In short, it did not, as some progressives feared, blast away any possibility of using the federal government’s environmental powers to solve climate change, the biggest environmental problem of our time.

Yet its effects will be felt for years to come. The ruling limits the EPA’s ability to regulate climate change, but leaves enough room that the agency still must try to do so. With these constraints, the Court is forcing the agency to approach the problem of carbon pollution with brute-force tools. In short, the Court has ensured that climate regulation, when it comes, will prove both more cumbersome and more expensive for almost everyone involved.

If that sounds strange … well, it was a weird case.

The saga of West Virginia v. Environmental Protection Agency is indeed odd and convoluted. Perhaps its strangest element: It began as a case against an Obama-era regulation that was no longer in effect and ended with a Supreme Court ruling against a Biden administration regulation that wasn’t yet even in place. Meyer’s introduction and the ensuing interview with Stanford University research fellow Michael Wara are worth reading all the way through.

Revkin’s piece doesn’t argue to a single conclusion so much as marshal a constellation of notions around a general line of thinking, but its discussion of the “major questions doctrine” at the center of this week’s Supreme Court decision is valuable. (Spoiler: It appears that a “major question” will be whatever the Supreme Court decides it is.) Revkin’s presentation seems, sometimes, even somewhat optimistic, from the point of view of those who wish to save Earth from the worst that climate change could bring. He quotes a tweet from Princeton researcher Jesse Jenkins:

“The Majority’s introduction of ‘major questions doctrine’ will result in more legal uncertainty for new regulations, as lower courts have a new tool to reach for when they want to strike down a rule they don’t like, increasing number of legal controversies & time to sort out. Bad.”

But, Revkin notes, Jenkins also expressed a degree of relief, writing: “In what may be best of plausible outcomes, a radical SCOTUS that has been tearing up precedent all term left EPA’s authority to regulate climate-warming gases intact, though more narrowly constrained.”

[1] Contextual information: Paxton is under criminal indictment for allegedly committing felony securities fraud and is under FBI investigation regarding allegations of corruption in office.